No, an Army captain did not forbid his soldiers from having mustaches to raise APFT scores 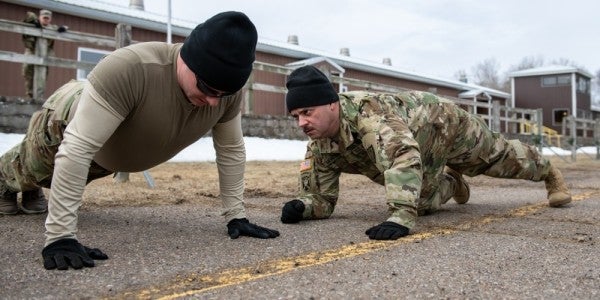 Despite what you may have heard, the Army has not declared war on mustaches.

The Army W.T.F! Moments Facebook page on Monday posted a memo written by a 3rd Infantry Division company commander telling his soldiers that only the fittest among them will be allowed to sprout facial hair under their warrior nostrils.

While it's true the Army is embracing the suck when it comes to physical fitness – including adopting a new Army Combat Fitness Test – this particular experiment in lethality is actually a joke.

The memo was actually a “light hearted attempt at humor,” said Maj. Pete Bogart, a spokesman for the 3rd Infantry Division. It was never published as an official policy letter.

“The commander read the memo to his soldiers at a close out formation and then discarded it after which someone took a picture of it and sent it to Army WTF Moments,” Bogart told Task & Purpose. “All soldiers in the company are authorized to grow facial hair in accordance with AR 670-1 policies.”

This is not the first time an Army satirist has been taken seriously. In 2010, then-Staff Sgt. A.J. Merrifield, author of “BOB on the FOB Comics,” sent his friend a mock Army message claiming the service had changed the term “battle buddy” to “warrior companion.”

Merrifield meant it to be a private joke, but within days the fake message went viral – and the term “warrior companion” has never really gone away since.