The Trump administration's September move to reprogram $3.6 billion in Defense Department funding for military construction projects to erect a wall on the U.S.-Mexico border will impact 51 specific Air Force projects 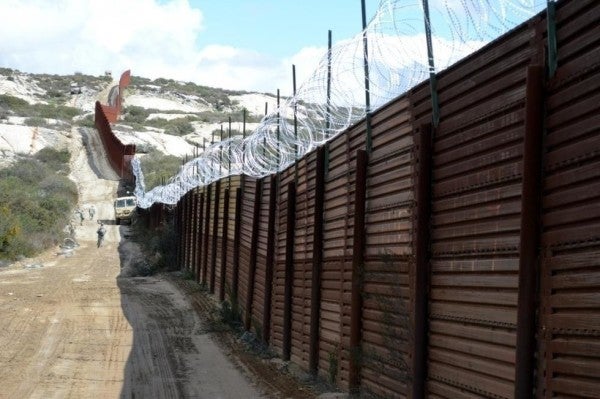 The internal report, obtained by NBC News on Friday, details how the Trump administration's September move to reprogram $3.6 billion in Defense Department funding for military construction projects to erect a wall on the U.S.-Mexico border impacts 51 specific Air Force projects out of 127 identified by the Pentagon.

Those projects include repairs and replacements that the service deemed critical to addressing safety and security concerns at various installations around the world, per NBC News, including:

The Air Force is the second service branch to raise issues internally with President Donald Trump's February national emergency declaration, which allowed the commander-in-chief to bypass Congress and obtain funds for the border wall that was the central pillar of his presidential campaign.

In March, a pair of internal memos authored by then-Marine Commandant Gen. Robert Neller and obtained by the Los Angeles Times indicated that the “unplanned/unbudgeted” deployment of Marine Corps personnel to the U.S.-Mexico border posed an “unacceptable risk to Marine Corps combat readiness and solvency.

As Task & Purpose previously reported, the Trump administration is diverting funding from a total of 127 projects both in the U.S. and overseas, including $400 million form 10 projects related to Hurricane Maria recovery and more than $700 million in projects meant to help deter Russia in Europe.

When reached for comment, Air Force spokesperson Ann Stefanek reassured NBC News that “these projects are still very important, and we continue to be committed to our allies and partners.”

But speaking to reporters following his February emergency declaration, Trump had claimed that the billions in funding he planned on diverting from the Pentagon budget wasn't going to be used for anything “important” anyway.