One Marine’s Campaign To Grow A Beard Is Gaining Momentum

If you’ve ever dreamed of running your calloused hands through a thick forest of facial hair without risk of an... 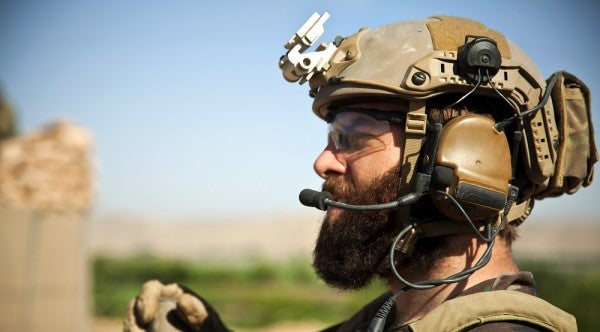 If you’ve ever dreamed of running your calloused hands through a thick forest of facial hair without risk of an ass-chewing from a first sergeant, you’re not alone.

A new campaign to allow service members to grow beards is gaining momentum. A Change.org petition by Ed Beebe, an active-duty Marine based out of Camp Pendleton, California, currently has more than 16,000 signatures and counting.

“All I want is to be able to grow a beard,” writes Beebe. “I want to grow long locks of love on my face that will make me feel like a manly man. It is not something out of this world to ask. Grooming standards will still be in effect, but I just want facial hair that I can run my fingers through. This is free of cost to the government and can have morale boosting potential for military members.”

Aside from wanting to run his fingers through a lush jungle of facial hair, Beebe argues that there are practical benefits to letting troops grow beards.

“When you look at yourself in the mirror while brushing your teeth and you see a manly man staring back at you then you feel like a manly man,” he writes. “This in turn will produce manly man results in the workplace and a new sense of pride that comes with it.”

While opponents of facial hair on service members often justify their stance with arguments about discipline, professionalism, and health, it’s not unreasonable to imagine enacting standards for beards, just as the military has already done for hair length and mustaches.

“Example: Facial hair must be clean cut and neat at all time,” writes Beebe. “Facial hair must not be longer than ___ (you fill the blank). Standards will still be maintained. … Easy day.”

There have been exceptions to this rule, specifically in the case of service members growing out facial hair as part of their religious beliefs. In general, the ban is enforced for the sake of hygiene and health while in a forward position. The ban on beards in the military dates back to World War I, when the risk of chemical attacks caused beards to be barred because they prevented gas masks from functioning properly, according to a Popular Military article on the petition.

However, if you know you’re going into an area where there’s a risk of chemical attack, you could just shave your beard and grow it back later, notes Beebe.

All that being said, knowing how long it takes to see any changes in the military’s uniform and grooming standards, like the Army’s longtime struggle with rolled sleeves, and all of the branches contentious tattoo policies, my bet is that it’ll be a while before we see a squad of swarthy and bearded infantrymen patrolling through a combat zone.

But here’s to hoping it happens.