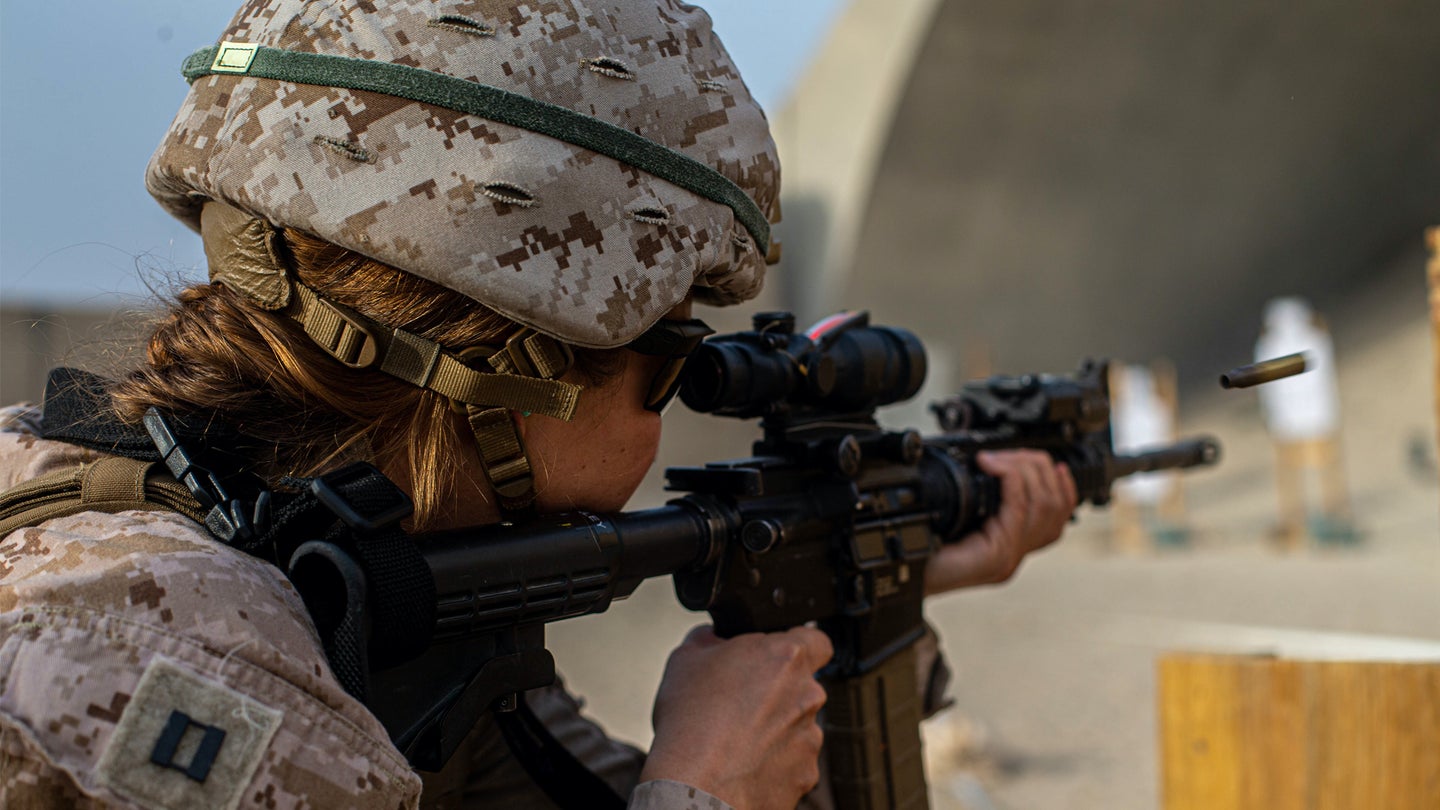 The Coast Guard is officially allowing women to wear ponytails or braids in uniform — making the Marine Corps the only service who hasn’t yet gotten with the program.

The Coast Guard announced on Thursday that women would be permitted to wear their hair in a ponytail, a braid, or two braids.  Rear Adm. Joanna Nunan, deputy commandant for personnel readiness, said in the press release her hope “is that women around the Coast Guard will consider this a load off their minds.”

The Coast Guard’s decision follows similar moves from the Army, Air Force, and Space Force in January, and the Navy in 2018. While the Army announced some changes in January — which included ponytails in utility uniforms or while conducting physical training — it revised the standards to allow for ponytails in all uniforms in May.

“The Marine Corps is currently considering the issue,” a statement from the Marine Corps Uniform Board said on Friday. “But until a decision is made by the Commandant to authorize unsecured long ponytails and braids in all uniforms, Marines have to secure their long hair above the bottom edge of their shirt/coat collar.”

The driving force behind the changes has overwhelmingly been out of a need for diversity; women, specifically Black women, have long said that the strict regulations requiring women to wear tight buns didn’t take into consideration different types of hair, and led to medical issues. Slides detailing the Army’s proposed changes pointed to traction alopecia as one such condition, saying the “frequent use of tight buns or ponytails” can result in hair loss.

Last year, Lt. Col. Andrea Peters, a Black instructor at West Point, wrote at Military.com that when she was a cadet attempting to fit into standards, she had to perm her hair.

“For those not familiar with textured hair, specifically a Black woman’s hair, this means I was rushing to straighten my hair with a home no-lye relaxer made of calcium hydroxide or potassium hydroxide as the active ingredient,” Peters wrote. “The relaxer burns the scalp, often leaving sores or irritated, tender skin. But this was all we had to meet the service regulation and the desire to look professional, ‘squared away’ and ‘beautiful’ at the Academy and in the Army.”

But women have also said hair buns can get in the way of headgear, and ponytails allow things like helmets to fit much better and allow them to do their jobs more efficiently.

Army Capt. Alexis Thorne, an Apache pilot, said in March that she wears a helmet “the majority of my job when I’m flying.”

“Being able to do my job and not have my hair interfere with it is fantastic,” she said.

In response to the Coast Guard’s change, one man said on Facebook that the change is “long overdue” and he’s “glad [we’re] slowly making progress to more positive regulations.” Another man who said he works on an Air Force base commented that women “have been wearing ponytails in uniform for a few months now,” and look “completely professional and no reports of industrial accidents due to hair not in a bun.”

“However people can be more comfortable and confident is a needed change,” one woman said. “You perform better, you feel better, your head is healthier. It’s about damn time.”