"I am incredibly excited to get to VMFA-121 and look forward to the opportunity to serve in the Fleet Marine Forces." 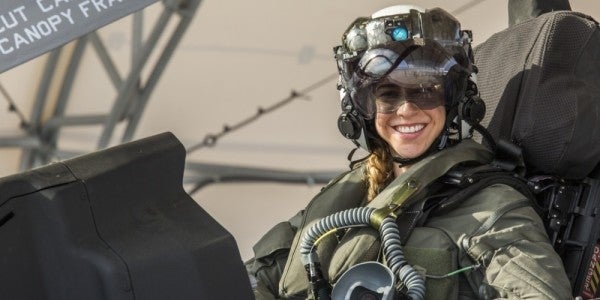 Capt. Anneliese Satz, 29 completed her F-35B training in June, according to a Marine Corps press release, which came out the day after a news story about a female Marine who will soon begin training to fly the F-35C.

Satz held a commercial license to fly a Robinson R44 helicopter before joining the Marine Corps and has spent the past four years learning how to fly the F-35B, which will eventually replace the Marine Corps' fleet of AV-8B II Harriers and other aircraft.

After arriving at Marine Corps Air Station Beaufort, South Carolina in July 2018, she flew the F-35B for the first time that October.

“The first flight in an F-35 is by yourself,” Satz said in the news release. “The syllabus thoroughly prepares you for that first time you take off and for every flight after that, it's an exhilarating experience.”

“I'm very grateful for the instructors, the maintainers, and countless others at [Marine Fighter Attack Training Squadron 501] who lent me their expertise and time while I was going through the syllabus,” Satz said.