For the first time ever, a female Marine has graduated the grueling Basic Reconnaissance course 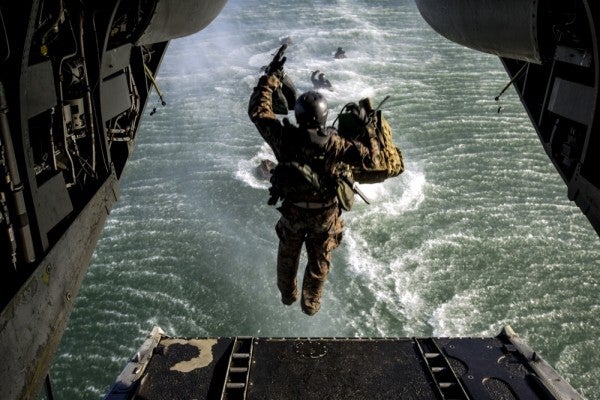 A Marine lance corporal has become the first female Marine in history to graduate the Basic Reconnaissance Course, earning the military occupational specialty of 0321 Reconnaissance Marine.

The news was first reported by Marine Corps Times.

After graduating from ITB, Barth was sent to Reconnaissance Training Company at Camp Pendleton, where she successfully completed the recon training and assessment program (RTAP). This primer course for all prospective recon Marines prior to BRC places heavy emphasis on swimming, and has an average attrition rate between 50 to 60%, said Maj. Joshua Benson, a spokesman for Marine Corps Combat Development Command.

At BRC, Barth and other students learned basic reconnaissance skills such as amphibious entry, extraction, patrolling, land navigation, and weapons, according to a course description.

A separate document for prospective attendees notes that Marines and sailors at the course “will perform physical tasks involving obstacles, swimming while wearing utilities with boots, open-ocean swimming with fins in full combat equipment, and travelling long distances cross country while carrying a rucksack weighing as much as 85 pounds.”

Historically, roughly 25 to 40 percent of Marines are unable to complete BRC, said Benson, the Corps spokesman. Benson added that in addition to being the first female graduate of BRC, she was also the first ever to apply and attempt it.

No other female Marines besides Barth are in recon training, Benson said.

Barth has additional training ahead before she joins her unit, which is slated to be California-based 1st Reconnaissance Battalion. That could happen sometime in late spring of 2020, given she meets all training requirements.

Reconnaissance Marines are a commander's “eyes and ears on the battlefield,” according to the policy document, adding that they are organized into highly-trained six person teams that often carry out missions behind enemy lines.