This is a big deal. 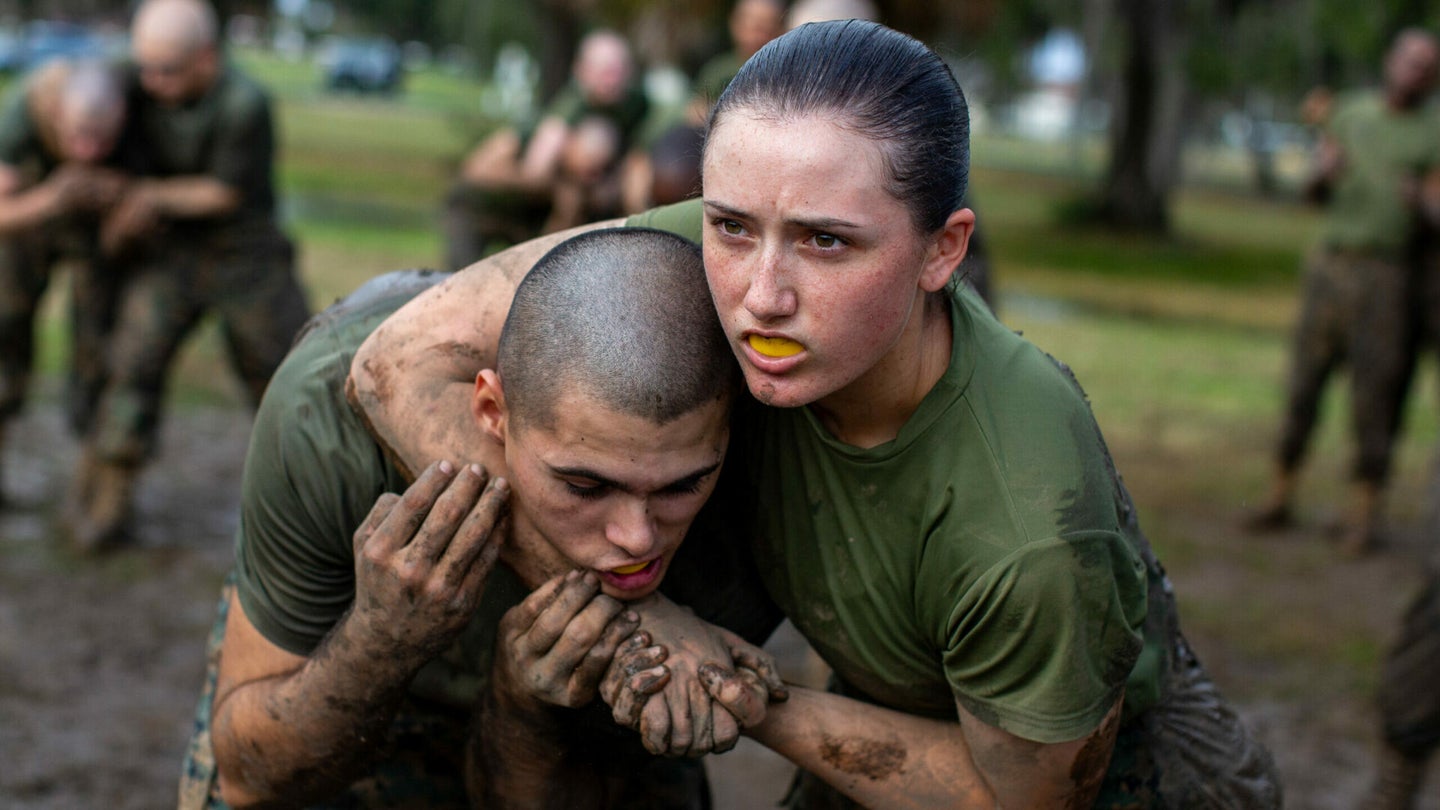 “Beginning Feb. 12, 2021, an integrated company of male and female recruits is scheduled to begin their journey to become Marines at MCRD, after undergoing a two-week COVID-19 quarantine protocol,” the Marine Corps said in a statement. “This initial opportunity for male and female recruits to train concurrently at MCRD San Diego will serve as a proof of concept to validate requirements needed to sustain integrated training on the West Coast in the future.”

The integrated company is the Corps’ latest trial run as it attempts to meet a congressional mandate that Marine boot camps become co-ed in the coming years. Currently, female recruits are only trained at Recruit Depot Parris Island in South Carolina.

The Marine Corps’ first-ever gender-integrated company, comprised of five all-male platoons and one female platoon, graduated from Parris Island in 2019, according to Military.com.

Based on reporting from the San Diego Union-Tribune, and Military.com, approximately 60 female recruits will be assigned to a platoon in Lima Company, 3rd Recruit Training Battalion.

“Information collected from Lima Company will be used to validate long-term facility and personnel needs to accomplish one of the Marine Corps’ top priorities of gender-integrated training companies at recruit training,” reads the statement.

“In an effort to forge Marines of the highest quality, we must give them every opportunity to succeed. This is the first time we are able to give Marines who graduate from MCRD San Diego the same integrated experience that many of their peers at Parris Island have received already,” Brig. Gen. Ryan P. Heritage, the commanding general of MCRD San Diego, said in a statement.

“The opportunity and experience these young men and women will get in terms of training and learning from one-another is immeasurably important to prepare all of our Marines for success, and this also will get us one step closer to understanding the facilities and personnel needed to make this a sustained reality,” Heritage said in a statement.