What words does the US military need to stop using? 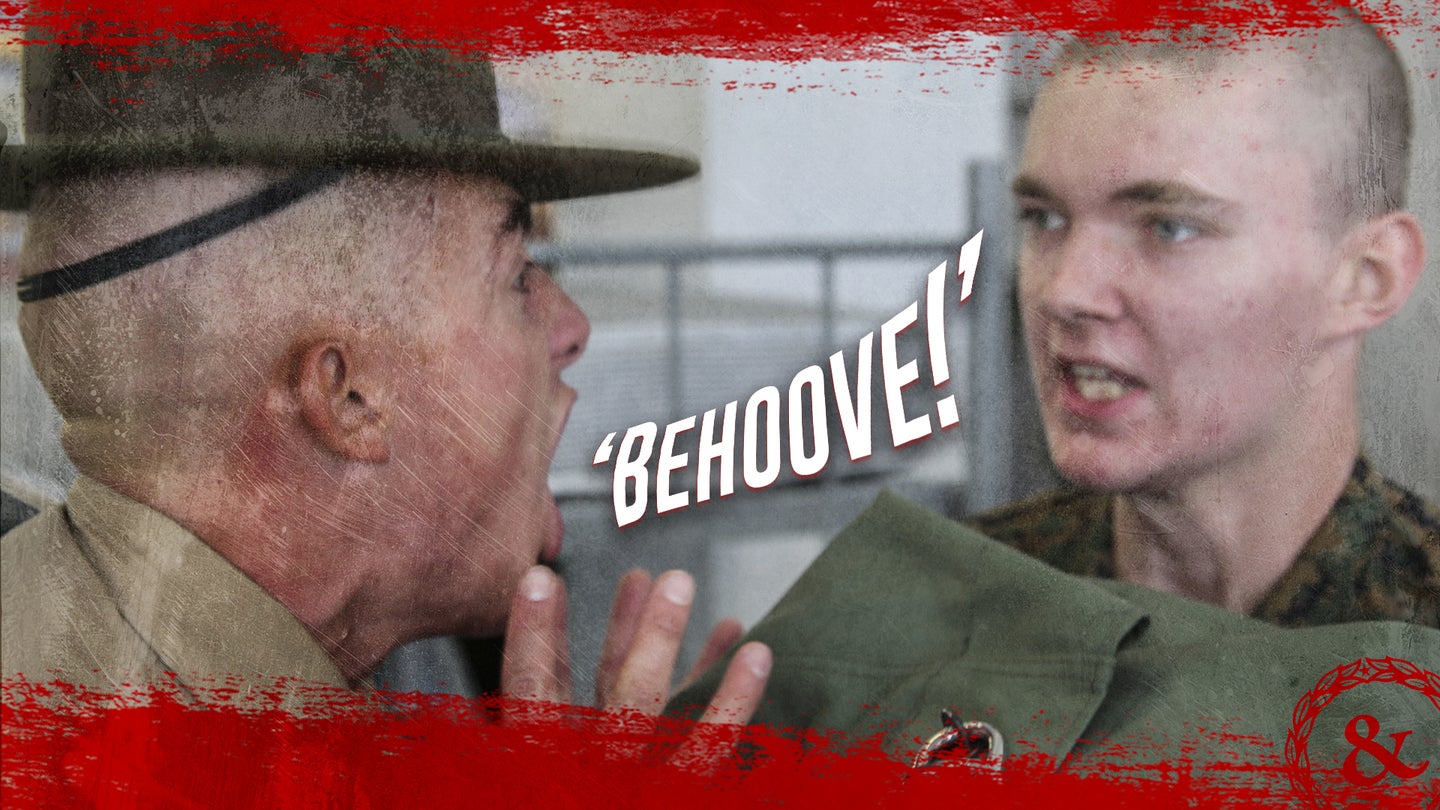 Behoove. To this day that word gives me chills. That might surprise you, after all, it’s just a word — a verb that refers to the duty or responsibility of someone to do something. For example: If you want to avoid getting yelled at in the Marine Corps, it would behoove you to shave every morning and adhere to the grooming standards.

On the rare occasion that I overhear ‘behoove’ these days, I’m transported back to an earlier, slightly more belligerent time. And when hearing that word or one of its many variants — ‘it behooved him’ or ‘behooves of you’ — I immediately expect some angry older Marine to lay out every one of my inadequacies in painstaking detail as they work themselves into a frenzy, growing like a rage-filled balloon, face red with frustration, mouth frothy from a litany of insults, until all they can manage to utter is something along the lines of “It’d daggum be behooven of you to correct yourself” — all because I missed a spot while shaving that morning.

But that’s just me, and I’m one veteran out of an estimated 18 million, not counting the more than 2 million service members still in uniform, who have their own list of words that they wish the military establishment at large, and individual leaders, in particular, would just stop using.

For some, the issue isn’t one single word, but a neatly ordered sentence that marches off to form an incomprehensible acronym, like CNIDDCCSAAPWSVCSA. By the way, that massive serving of word salad refers to the Commission on the Naming of Items of the Department of Defense that Commemorates the Confederate States of America or Any Person Who Served Voluntarily with the Confederate States of America. Yes, that is real. It refers to the Congressional group tasked with studying the names of Confederate generals and figures from military bases. And that’s just one acronym out of hundreds, if not thousands.

Then there’s the running list of Pentagon buzzwords and phrases, which change with the frequency of a military-issued word of the day calendar: Today’s word is “lethality.” Past words include: “Great power competition,” and “readiness,” “augment,” “enhance,” “capability,” “multi-domain,” “interoperability,” and “boots on the ground” among many others. And that’s to say nothing of the military’s arsenal of slang, from “boot” to “POG,” “grunt” and “11 bang-bang,” then there’s “skating,” “terminal lance,” “BOHICA!” and “shamming,” to name just a few.

All of this is to say that the military has an interesting relationship with language, from the gunnery sergeant who wants you to “re-orientate” on “this here objective” to the squadron commander slowly killing his troops with “death by PowerPoint” as he says strange-sounding phrases that nobody really understands and are probably made up anyway, like “OODA Loop” and “BAMCIS.”

I know you all have some thoughts on this. I’ll go first: The word I want to see stricken from the military’s lexicon is “behoove” — sorry, dibs. But what are some of yours? Jump into the comments and tell me what word or words the U.S. military needs to jettison from its nomenclature ASAFP, and that can include the words “jettison” “nomenclature,” and “ASAFP.” Have some fun with it, too. Why is that word, phrase, or acronym so damn awful? Who uses it the most? What should folks say instead? This should be easy, we’re basically asking you to take part in a sacred and time-honored military tradition: complaining. I know you’re old hands at it.