6 Military Stereotypes That Are Actually True

From movies, literature, and all other manners of pop culture, we know the tropes of the angry drill sergeant calling... 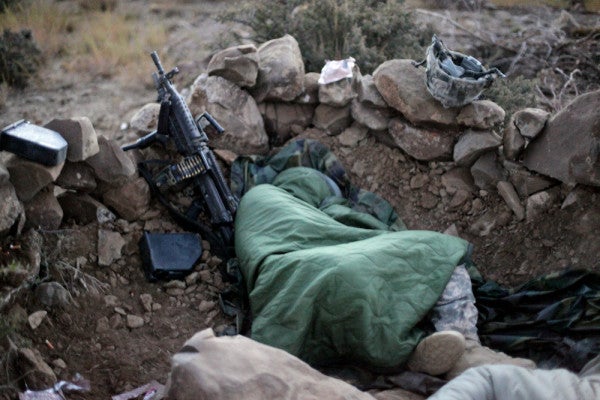 From movies, literature, and all other manners of pop culture, we know the tropes of the angry drill sergeant calling his recruits “maggots,” the soldier who loves his guns, or the grunt who’s always working out. The media often portrays service members as rigid, mindless cronies following the orders of their superiors — none of which is accurate. While there are a number of unrealistic military stereotypes, some of them happen to be true.

Here are six military stereotypes that are actually true.

1. They can sleep wherever, whenever.

Service members can sleep anywhere, and I mean anywhere. Dunes, bunks, snow — you name it, soldiers can sleep in it. They can also wake up at a moment’s notice and be combat-ready.

2. One short phrase is worth a thousand words.

Service members learn to do more with less, language included. “Yes sir” can mean anything from “I agree,” to “Yeah, I'll get on that,” to “Screw off.” In fact, soldier-invented slang has been used to shorten words for centuries, and some have even found their way into the general public’s vernacular.

Related: Read how war words have changed the English language.

Order is important in the military. Service members will likely bring that level of minimalism and tidiness home with them. That usually translates into a well-kept, organized household. Think folded socks all perfectly arranged in their drawer.

4. Even if they separate or retire, jargon remains.

Whiskey Tango Foxtrot. The use of military-only phrases and acronyms are a hard thing to shake. Even veterans who have been retired for years still use military rhetoric in their everyday lives. Whether they use the word “Roger” to confirm they’ll be at your family barbecue or “Negative” if they won’t, jargon will always give them away as service members or veterans.

Have you ever heard the phrase “Swears like a sailor”? Except, it doesn’t just happen in the Navy. Service members love their curse words. Each branch has its own favorites, and they’ve even created curse word acronyms like FUBAR.

Within the military, the rivalries extend well past the West Point–Naval Academy football game. Every person thinks members of the other services are fat, dumb, and lazy … except the Air Force. Everyone else thinks the Air Force is made up of entitled flyboys.