Mattis’ Confirmation Hearing Is This Week 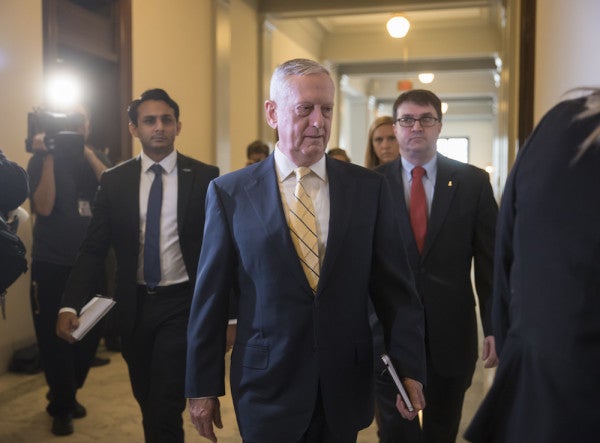 In order to be confirmed, however, Congress will also need to pass a bill excusing him from the seven-year cooling off period required between military service and the cabinet position. He retired in 2013 after 44 years as a Marine.

To shore up support for the waiver, Mattis has been meeting with senators all week. He has won Republican favor, and Democrats largely view him as a positive choice as well. This is good news, as his waiver must pass through the House and the Senate, and the latter will require at least favorable 60 votes.

Though some Democrats and veterans are worried about the deterioration of civilian rule over the military, only a few lawmakers thus far have publicly opposed his nomination, like Democratic Sen. Kirsten Gillibrand of New York and Marine Corps veteran Rep. Ruben Gallego of Arizona.

To address these concerns, prior to introducing any such waiver, the Senate Armed Services Committee will hold a hearing on civilian control of the military with testimony from external experts at 9:30 a.m. on Jan. 10.

Both the House and Senate are expected to vote on the waiver over the next several weeks. Military Times suggested it is possible that Mattis will be cleared before Inauguration Day on Jan. 20.