Defense Secretary Jim Mattis has a little over a month to determine a ruling on the military’s transgender policy, with... 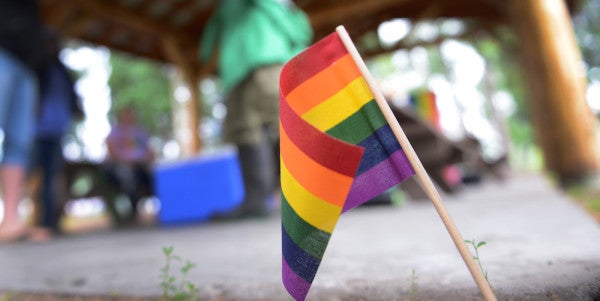 Defense Secretary Jim Mattis has a little over a month to determine a ruling on the military’s transgender policy, with a July 1 deadline set by his predecessor, Ash Carter, rapidly approaching.

Though the military allows all current transgender service members to continue serving and receiving medical treatment, the question of allowing new enlistees and officer candidates to join is up in the air.

Now, two transgender graduates-to-be of West Point and the Air Force Academy are stuck waiting until Mattis passes down a decision to hear if they can receive their commissions. And the two services have thus far not agreed to waivers to allow them to serve. A recent transgender graduate of the Naval Academy accepted a commission in the Navy last year, but her service assignment has been held up while the policy takes shape.

The Defense Department is “reviewing the readiness of the services to implement the accession of transgender personnel,” Pentagon spokesman Lt. Col. Myles Caggins told Military Times.

Mattis, who has been outspoken about his concerns regarding both the integration of women into combat roles and transgender policies in the past, has been reviewing how integration could impact readiness since he entered office in January.

“We'll know a lot more very soon about how he intends to stake his ground — and not just his stance on the transgender issue, but about 'don't ask don't tell' and expanding opportunities for women,” Todd A. Weiler, who was Barack Obama’s assistant secretary of defense for manpower and reserve affairs, told Military Times, adding that Mattis is a “hard read.”

Carter’s policy, enacted in June 2016, required that the services “begin accessing transgender applicants who meet all standards” by July 1, 2017, but until or unless Mattis adopts that policy, transgender recruiting will remain up in the air.

Currently, the military has around 7,000 active duty transgender service members. For Pentagon officials, the biggest trans-integration concern has typically been the cost of medical care. CNN reported in 2015 that the cost to fully transition is anywhere from $100,000 to $150,000. However, Weiler told Military Times that only around 100 currently serving transgender troops planned to fully transition.

Meanwhile, the two Army and Air Force cadets have their graduation ceremonies later this month and few answers on their futures. “The bad part for these cadets is they were planning to be Army and Air Force officers,” Weiler told Military Times. “Now we don't want them. We've messed up their lives.”