Vietnam Marine Veteran Could Get Medal Of Honor After Presidential Order 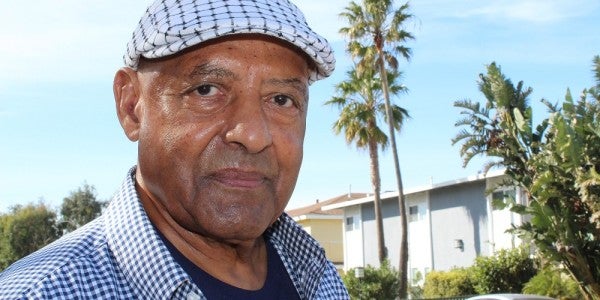 Almost exactly 50 years after he fearlessly led Marines through the bloody street fighting in Hue, Marine veteran John Canley is close to receiving the nation’s highest military award for valor.

President Donald Trump signed a law on Monday night that allows him to award Canley the Medal of Honor. The law waives a requirement that service members receive the Medal of Honor within five years of the events that merit the award.

Now that Trump is authorized to present the award to Canley, the president must decide whether the retired sergeant major will receive the Medal of Honor.

Canley has already received the Navy Cross for his actions from Jan. 31 to Feb. 6, 1968, in Hue. A gunnery sergeant at the start of the Tet Offensive, Canley led his Marines after his company commander was seriously wounded, according to his award citation, posted at the Military Times Hall of Valor.

He braved intense enemy fire to save wounded Marines, regrouped his company, and led a counter-attack to break through an enemy stronghold, the citation says. Later, he dropped a satchel charge on the enemy, killing many fighters. Even though he was wounded more than once during the fighting, Canley twice leaped a wall in full view of the enemy to move wounded Marines to cover.

U.S. Rep. Julia Brownley, the California Democrat who wrote the legislation that allows Canley to receive the Medal of Honor, called the retired Marine a “true American hero and a shining example of the kind of gallantry and humility that makes our armed forces the best military in the world.”

Brownley introduced her bill after Defense Secretary James Mattis sent her a letter in December saying that he supported upgrading Canley’s Navy Cross to the Medal of Honor, but Congress needed to waive the five-year limit before further action could be taken.

“Once legislation is enacted authorizing the President of the United States, if he so chooses, to award Sergeant Major Canley the Medal of Honor, I will provide my endorsement to the President,” Mattis wrote.

“The final award authority for the Medal of Honor rests solely with the President,” the defense secretary added. “My favorable determination in no way presumes what the President's decision might be.”

Canley will be Brownley’s guest Tuesday when Trump delivers his State of the Union speech, the congresswoman said in a Monday news release.

“This honor is for all of the Marines with whom I served,” Canley said in the news release. “They are an inspiration to me to this day. I also want to thank Congresswoman Brownley and her staff, especially Laura Sether, for their effort and work to make this happen.”