Retired Marine Sgt. Maj. John Canley will receive the Medal of Honor for his heroism in Vietnam during the Battle... 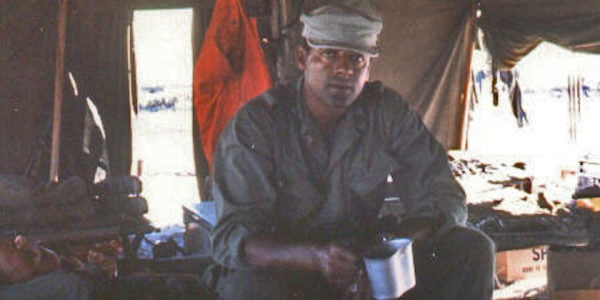 Retired Marine Sgt. Maj. John Canley will receive the Medal of Honor for his heroism in Vietnam during the Battle of Hue City, the White House announced Tuesday.

Then-Gunnery Sgt. Canley “fought off multiple enemy attacks as his company moved along a highway toward Hue City to relieve friendly forces who were surrounded,” read a statement from the White House. “On several occasions, despite his own wounds, he rushed across fire-swept terrain to carry wounded Marines to safety.”

This is an upgrade to the Navy Cross that Canley previously received for his actions, which cover a period between Jan. 31 and Feb. 6, 1968 with Alpha Co, 1st Battalion, 1st Marines, when he was serving as company gunnery sergeant, and later, as company commander after his commanding officer was wounded.

“While in command of the company for three days, he led attacks against multiple enemy-fortified positions while exposing himself to enemy fire to carry wounded Marines to safety,” the White House said in a statement. “On February 6, at a hospital compound, he twice scaled a wall in full view of the enemy to aid wounded Marines and carry them to safety.”

Here's how Military.com described it:

In the brutal battle to retake Hue City in 1968, Canley’s “valorous actions and unwavering dedication to his fellow service members is the reason so many of the men who support his nomination are alive today to testify on his behalf. His incredible gallantry and selflessness is an inspiration to us all,” Brownley said.

In his account published last year — “Hue 1968: A Turning Point of the American War in Vietnam,” Mark Bowden, author of “Black Hawk Down” about the Battle of Mogadishu, cited Canley’s actions in the house-to-house fighting more than 30 times.

President Donald Trump will present Canley with the nation's highest award for bravery in a ceremony at the White House on Oct. 17.