Marine Sgt Maj John Canley, Medal of Honor hero of the Battle of Hue, has died 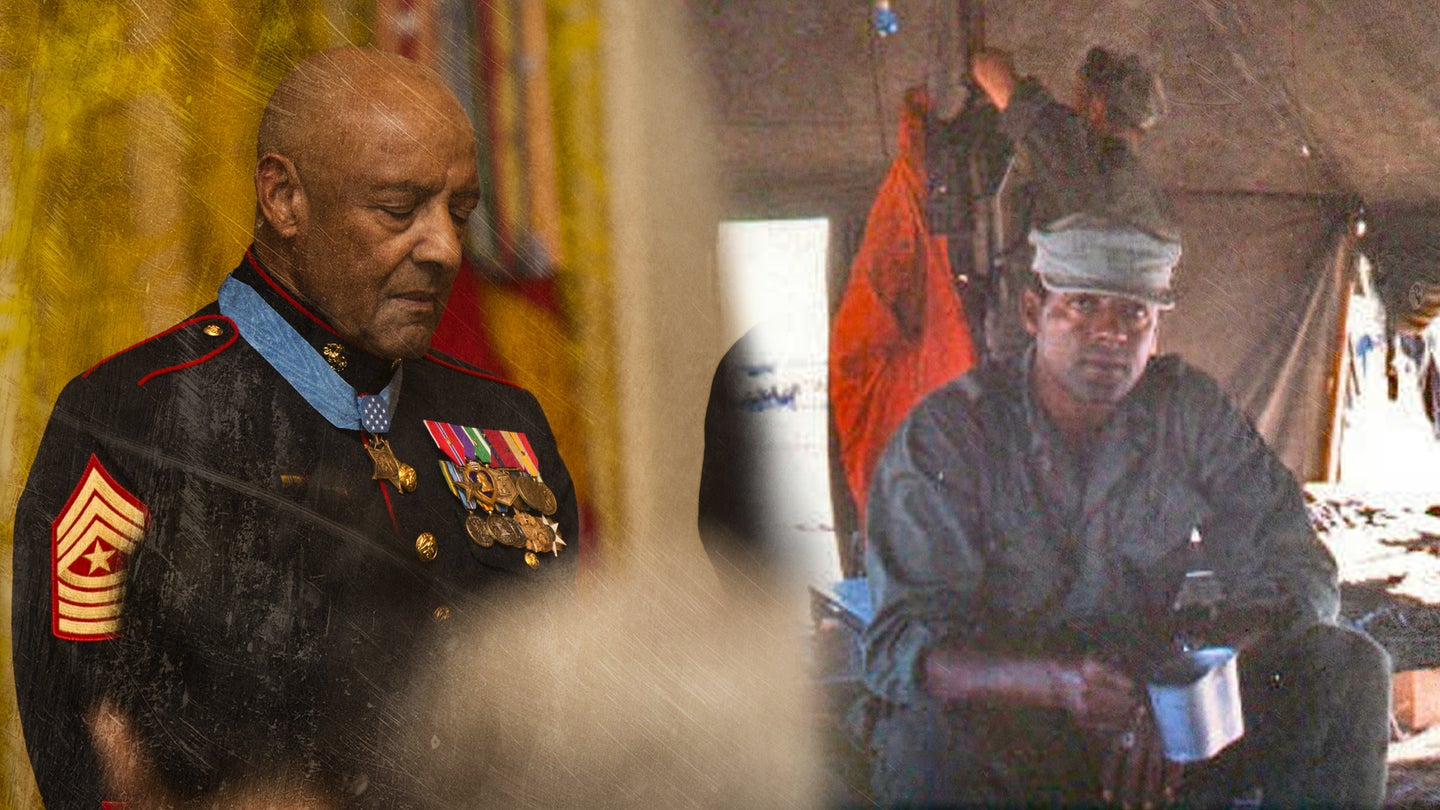 Medal of Honor recipient and retired Marine Sgt. Maj. John Canley, whose selfless heroism at the Battle of Hue City during the Vietnam War saved the lives of more than 20 Marines, has died at age 84.

Canley passed away in Bend, Oregon, on Wednesday following a decade’s long battle with cancer, the Marine Corps announced in a statement. Canley will be buried at Arlington National Cemetery in Virginia with full military honors at a yet-to-be-determined date.

Canley was awarded the Medal of Honor in 2018 by then-President Donald Trump for his actions on the battlefields of Vietnam that took place five decades before. In 1968, during the Tet Offensive, Canley was serving as a company gunnery sergeant with Alpha Company, 1st Battalion, 1st Marine Regiment, when he and his Marines entered Hue City — the scene of some of the fiercest urban combat the Marine Corps has ever faced.

Between Jan. 31 and Feb. 6 of that year, Canley’s company faced ceaseless and heavy enemy fire as they moved along the highway toward Hue, and eventually made their way into the city.

“Despite being wounded in these engagements, Gunnery Sergeant Canley repeatedly rushed across fire-swept terrain to carry his wounded Marines to safety,” reads his Medal of Honor citation.

After the company’s commanding officer was wounded, command of the unit fell to Canley, just as the Marines entered the city. The fighting that followed was brutal and unrelenting, yet Canley repeatedly led from the front, often at great personal risk.

“At Hue City, caught in deadly crossfire from enemy machine gun positions, he set up a base of fire and maneuvered with a platoon in a flanking attack that eliminated several enemy positions. Retaining command of the company for three days, he led attacks against multiple enemy fortified positions while routinely braving enemy fire to carry wounded Marines to safety. On 4 February, he led a group of Marines into an enemy-occupied building in Hue City. He moved into the open to draw fire, located the enemy, eliminated the threat, and expanded the company’s hold on the building room by room. Gunnery Sergeant Canley then gained position above the enemy strongpoint and dropped in a large satchel charge that forced the enemy to withdraw. On 6 February, during a fierce firefight at a hospital compound, Gunnery Sergeant Canley twice scaled a wall in full view of the enemy to carry wounded Marines to safety. By his undaunted courage, selfless sacrifice, and unwavering devotion to duty, Gunnery Sergeant Canley reflected great credit upon himself and upheld the highest traditions of the Marine Corps and the United States Naval Service.”

In September 2018, when the White House announced that Canley would be awarded the Medal of Honor, Canley issued a statement saying that he would accept the award on behalf of those he served alongside in Vietnam.

“Their bravery and sacrifice is unparalleled,” he said.

One common thread woven throughout Canley’s award citation, and in anecdotes shared by those who fought alongside him, was that he was, above all else, a Marine who put other Marines before himself, regardless of the risk. A series of statements from those who served with Canley at Hue attest to this:

“One man in front of our position was hit and we were being kept down from incoming fire. As the Lieutenant was calling in fire support, Gunny [Canley] directed fire on the enemy then at risk to himself he got up and ran to the injured man, picked him up, and carried him to safety, all the time while taking fire,” said Paul D. Patterson. “[Canley] was a man who inspired men, he was a Marine’s Marine. There was not place that [Canley] would ask us to go that we would not follow.”

“I spent nine months in the St. Alban hospital, required numerous surgeries and am disabled, but, I would have died if [Canley] had not risked his life for mine,” said Pat Fraleigh. “This was not the first time I saw Gunny Canley act heroically. At Cen Thien he not only carried Marines to safety, but also exposed himself to enemy fire. … He was always leading and attacking the enemy and always standing up and encouraging us.”

In addition to the Medal of Honor, Canley’s awards included a Bronze Star Medal with “V,” the Purple Heart, the Navy and Marine Corps Commendation Medal, also with a “V” device for valor, and the Combat Action Ribbon.

“The actions in the face of danger Sgt. Maj. Canley took are incredible and remarkable,” Sgt. Maj. of the Marine Corps Troy Black said in a statement. “Sgt. Maj. Canley was a leader and a warfighter who undoubtedly contributed to the battles won in Vietnam. His first priority was and has always been his Marines – a true example of Semper Fidelis. I’m saddened by the loss of such a great Marine, yet I’m grateful for the legacy he established for generations of warriors.”