An Army sergeant major will be awarded the Medal of Honor for his remarkable bravery during a 2015 mission to... 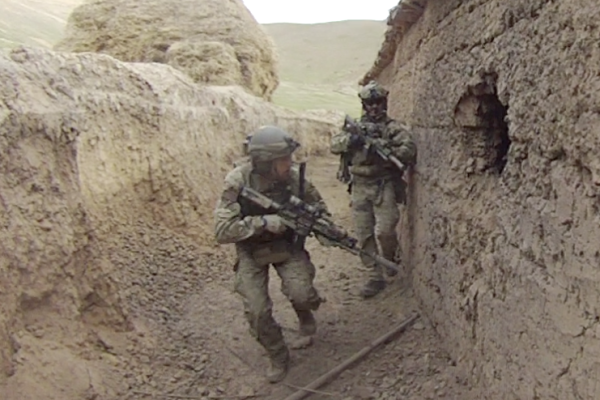 An Army sergeant major will be awarded the Medal of Honor for his remarkable bravery during a 2015 mission to free hostages from the Islamic State group, The White House announced Thursday.

Sgt. Maj. Thomas P. Payne, 36, will receive the nation's highest award for battlefield heroism during a ceremony at The White House on Sept. 11, according to the announcement, which said Payne's “extraordinary heroism and selfless actions were key to liberating 75 hostages during a contested rescue mission that resulted in 20 enemy fighters killed in action.”

On Oct. 22, 2015, then Sgt. 1st Class Payne was on a mission to rescue dozens of Iraqi hostages being held by ISIS in a prison in Hawija, but as U.S. and Kurdish special operators touched down in helicopters, “the firefight around them was already raging,” according to the Army's narrative of the battle. “Relying on his training, Payne maneuvered his team to the first building. As they began to set up their ladders to move on their objective, the call came over the radio that a man was down.”

The injured soldier was Master Sgt. Joshua Wheeler, who later succumbed to his wounds. Wheeler, who was posthumously awarded the Silver Star, was the first American to die in combat against the terrorist group.

Payne and his team secured the area and moved to a nearby building where more than 30 hostages were being held. After cutting a lock on the prison door, freeing the desperate and trapped men, Payne responded to a radio call asking for help.

“Let's get into the fight,” Payne said, according to the narrative.

The team attempted to enter from the roof using small arms and grenades, but were unsuccessful. As Payne heard screams of “Allahu akbar” below, followed by the explosions of suicide vests, he was able to move his team to the ground and look for another position to enter the building.

As his team attempted to breach the building’s fortified walls and windows, several of the Kurdish forces were wounded by enemy fire. Through the smoke and chaos, Payne looked into the building’s entryway and noticed the main prison door used the same type of lock he had seen in the first building. He knew he would be exposed to enemy fire if he attempted to cut the lock himself, but he also knew the hostages trapped inside the burning building would die if something wasn’t done.

After taking a moment to catch his breath, Payne reentered the building and cut the lock, freeing an additional 37 hostages, and helped them evacuate from the building, now on fire and collapsing.

The Army said the assault on the ISIS prison was one of the largest hostage rescues in history.

Now an instructor assigned to Army Special Operations Command, Payne grew up in Batesburg-Leesville, S.C. He joined the Army infantry in July 2002 and became a Ranger in 2003.

Payne deployed 17 times throughout his career and saw combat in Afghanistan, Iraq, Syria, and Africa. He has also passed some of the military's toughest training schools, including Ranger School, Special Forces Sniper Course, and Survival, Evasion, Resistance and Escape school.

Aside from the Medal of Honor, Payne has been awarded four Bronze Star awards for valor, the Joint Service Commendation Medal for valor, the Purple Heart, and many others.

Payne is stationed at Fort Bragg, N.C. with his wife and three children.