They "cleared a house they had never been in before in under 40 seconds,” one former Green Beret said. “It’s crazy.” 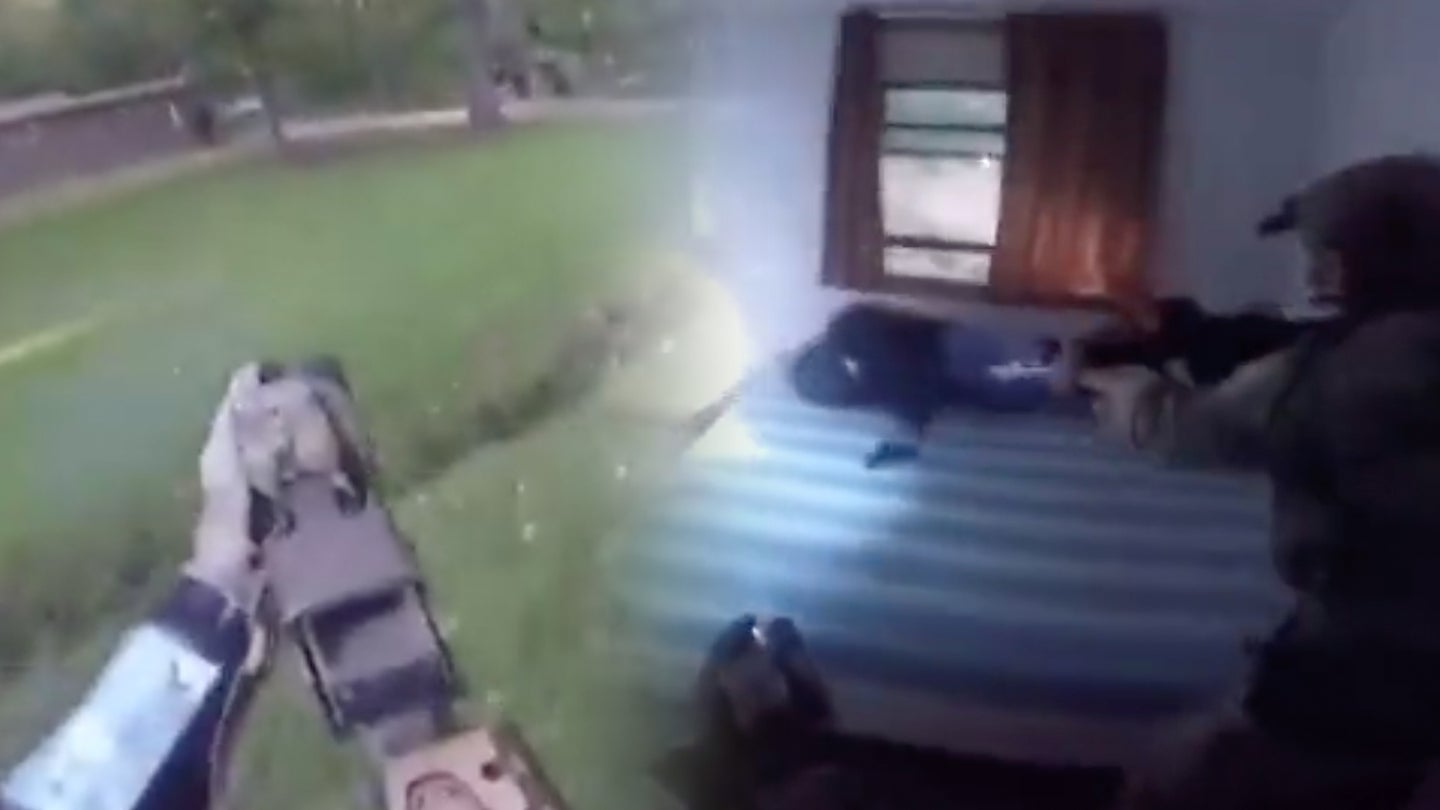 A video posted online this week of special operations training shows soldiers dashing from a helicopter to a target house, shooting multiple ‘bad guys,’ and rescuing a hostage in the time it takes most people to tie their shoes.

The video was captioned on Twitter as a “mock hostage rescue” performed by CAG, or Combat Applications Group, the generic name for what is commonly known as the elite “Delta Force,” though it remains unclear whether that is actually the case. Nevertheless, it shows how well-trained special operations soldiers can rescue a hostage from terrorists in under a minute.

“These guys are so good,” said Ben Bunn, a former Army infantry officer and enlisted Green Beret who has conducted similar hostage rescue missions during training. After watching the video, Bunn said it appeared that this training mission called for the rescue of a lone hostage, and the operators were given at least some indication of the layout of the house and what sort of threat they faced.

That makes sense since it’s crucial during real hostage rescue operations to mitigate risks that may lead to the captive being killed before rescuers arrive. Usually, that means conducting extensive surveillance on the target, learning the habits and movements of everyone inside — as well as how many there are — long before the door is kicked in. And that seemed to be what the training scenario called for here, according to Bunn, a graduate of an advanced Special Forces course that emphasizes room-clearing procedures similar to what is seen in the video.

“They were getting there fast as possible inside the house and retrieving that person,” Bunn said. “They knew where he was sleeping, they knew everything.”

In the video, which features helmet camera footage from the lead operator, the soldiers exit the helicopter and launch into a full sprint toward the target house. Just 13 seconds later, the point-man raises his rifle and fires at the first ‘bad guy’ standing by the door with paintball-like “simunition” rounds. The man portraying an armed terrorist has two well-aimed rounds fired in his direction while the operator is still running. Then the operator uses the tree in front of him as cover from any return fire before edging closer and taking him out for good.

Once the lead operator reaches the house, he quickly enters the side door and clears the right side of the room before dropping another bad guy hiding in a corner. He then moves efficiently through the kitchen and nails another bad guy before clearing the living room as others flood in behind him with their rifles raised. Their main objective? Look for threats in their view so they can, as one Army field manual put it, “completely dominate the room.” And they indeed dominate: none of the bad guys appear to return fire since everything happens so fast.

Notably, the lead operator, known in close quarters battle (CQB) parlance as the “number one man” in the “stack” upon entry, seamlessly transitions to being the third man in a side bedroom and the second into where the hostage is being held. This indicates extensive CQB training and shows how special operators can “work through [a] house exceptionally fast,” Bunn said. The video stands in stark contrast to footage from February of soldiers in the 10th Mountain Division clearing rooms and showing exactly what not to do.

By the time the special operators get into the room holding the hostage, they have ‘killed’ several bad guys. But it’s not as simple as saying, surprise, we’re here to save you. This is “one of the most dangerous” points in a hostage rescue, Bunn said, because it’s a terrifying situation to be in and people being rescued often react in unpredictable ways. So it’s not uncommon to see a rescue force use zip-tie restraints on a hostage or shout commands from behind the barrel of a rifle.

“I’ve been the hostage at SFARTAEC [Special Forces Advanced Reconnaissance, Target Analysis, and Exploitation Techniques Course]. It’s exceptionally unpleasant,” Bunn said. “The best thing you can do for that individual is get them the fuck out of there as quickly as humanly possible.”

Unpleasant could describe the experience of hostages in October 2015, when Delta Force operators and Kurdish forces conducted a joint raid on an Islamic State group prison in Northern Iraq. That raid, which freed about 70 hostages, was also captured on helmet camera video and showed frantic, terrified prisoners presumably being searched for suicide vests before filing out of the prison with their hands up.

“Time was of the essence,” Army Sgt. Maj. Thomas “Patrick” Payne, who received the Medal of Honor for his heroism during the raid, said later. “There were freshly dug graves. If we didn’t action this raid, then the hostages were likely to be executed.”

In the training video, operators command the hostage to stand up before grabbing him and taking him to safety. And just like that, a potentially chaotic operation to rescue a person from several armed terrorists is over in no time at all.

“These motherfuckers cleared a house they had never been in before in under 40 seconds,” Bunn said. “It’s crazy.”