"We made our maintainers the priority." 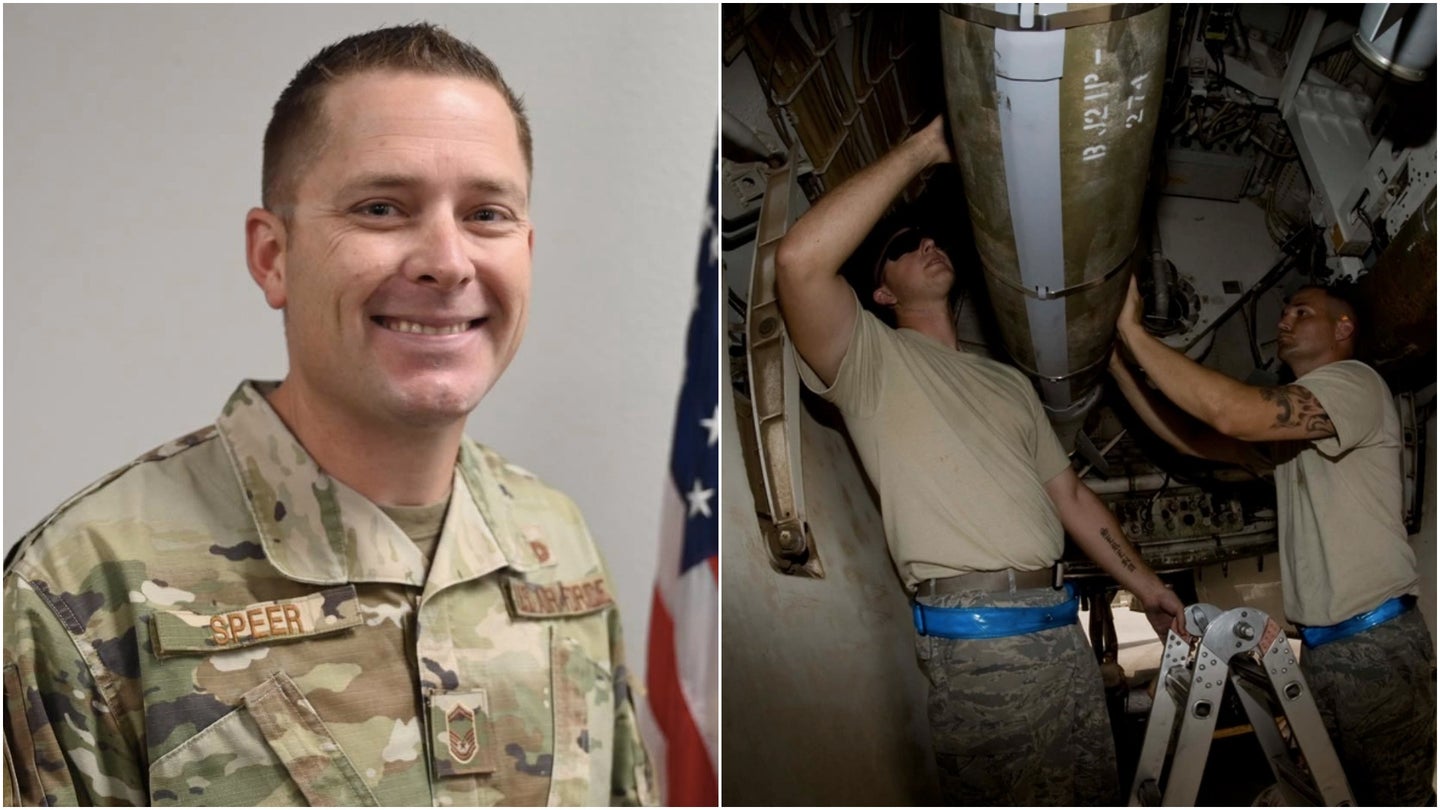 Nobody likes doing busy work, so one enlisted Air Force maintainer started using a tool to spare his fellow wrench-throwers from doing so much of it.

Senior Master Sgt. Paul Speer, the superintendent of the 9th Aircraft Maintenance Unit for the 7th Aircraft Maintenance Squadron at Dyess Air Force Base, Texas, implemented a trick called “waterfall scheduling” that is supposed to make the maintenance schedule at Dyess more predictable. Not only does that make the lives of maintainers easier, but it also makes more aircraft available for flight.

What is waterfall scheduling? Without getting too in-the-weeds, it essentially directs maintainers to work on aircraft based on mission requirements and priority aircraft rather than on predetermined fixed schedules. Even further, it gives maintainers “the autonomy to focus their scope in real time, empowering them to decide where their attention should be and on what targets,” said Capt. Kayshel Trudell, chief of public affairs for the 7th Bomb Wing at Dyess Air Force Base.

In the hangar, that allows maintainers to decide how many people they want to assign to each aircraft in a way that’s the most efficient and effective. For example, Speer explained that if he has four aircraft in need of attention, he can focus 25 percent of his airmen on each one. But if there are only three aircraft, he can put a third of his airmen on each one and reduce the number of “priorities” that need to get done, he said.

In the five months since it’s been implemented at Dyess, waterfall scheduling has already made a positive impact. Trudell said aircraft fix rates have gone up while attrition rates — the rate at which the base loses aircraft due to maintenance issues or crashes — have dropped by about 10 percent.

Best of all for the maintainers’ friends and families, waterfall scheduling has also given airmen more down time to spend away from the hangar. The new technique eliminates the need for weekend duty, Trudell said.

“While the ultimate goal was to improve the performance of our fleet and accomplish the mission at hand we knew neither could be accomplished without taking care of our airmen first,” Speer said. “By making scheduling more predictable, ensuring transparency and explaining the why behind our methods, we made our maintainers the priority so they can focus on being professional airmen who deliver credible and decisive combat power.”

The airman said more data would be needed to say how much more time the new scheduling system has given back to maintainers, but he said that it “absolutely cuts down on the amount of busy work in a maintainer’s schedule.”

Trudell clarified that Dyess is not the only place in the Air Force using waterfall scheduling, but Speer was able to adapt the concept to the B-1B Lancer bomber fleet there.

“He saw a need to deliver credible and decisive combat power while keeping the health and wellness of the maintainer community at the forefront and found a solution,” she said.

The top enlisted leader in the service, Chief Master Sergeant of the Air Force JoAnne Bass, seconded that praise.

“Bottom line is this concept is giving our maintainers more time, more flexibility AND it’s giving our Air Force more aircraft that are mission ready to put bombs on target,” Bass wrote on her Facebook page earlier this month.

When it comes to helping out Air Force maintainers, every little bit counts. Maintainers and security forces airmen are widely understood to be the most depressed members of the service, and data leaked to the popular Facebook page Air Force amn/nco/snco in 2020 showed a higher suicide rate among those career fields than the rest of the branch.

“We know we won’t be given enough people, enough parts, enough time,” one user on the Air Force Reddit forum said while commenting on a meme about the Air Force seemingly not caring about maintainers’ wellbeing. “But there is no alternative to success. Failure is not an option.”

Indeed, a 2019 Government Accountability Office report said that aircraft maintenance is the largest enlisted career field in the service, with more than 100,000 active and reserve maintainers, but that’s still not enough because the branch can’t seem to retain experienced wrench-turners.

“I absolutely love being an aircraft mechanic. No joke, I want to do this once I get out. But being MX [maintenance] in the military is fucking horrible,” wrote another Reddit user. “Most of the guys that are 30 [years old] here legit look like they’re 50 years old. That’s how life draining MX is.”

It’s gotten so bad that one unit of maintainers in Florida even created a picture together showing how tough MX life in order to try to communicate their situation to leadership.

“I want to make the lives of the people I’m around just a little bit better,” said Tech. Sgt. David Murray, a maintainer with the 901st Special Operations Aircraft Maintenance Squadron, who took part in the drawing. He and his fellow maintainers said the drawing helped make leaders more aware of their situation.

On top of that, the B-1B Lancer bombers stationed at Dyess need more maintenance as they get older, but there are fewer replacement parts to go around, the Government Accountability Office wrote in 2020. In fact, from fiscal year 2011 through 2019, the nationwide fleet met zero of its annual aircraft availability and mission-capable goals, and its availability and mission-capable rates decreased, GAO found.

In September, the Air Force retired the last of a batch of 17 B-1B bombers so that it wouldn’t have to spend $10 to $30 million per aircraft to keep them airworthy, Air Force Magazine reported. The service had a fleet of 62 Lancers, but many of them were overworked from years of flying high and slow to provide air support for troops in Iraq and Afghanistan, rather than low and fast as they were designed to do, the magazine wrote. The remaining 45 B-1Bs will serve until the new B-21 Raider stealth bomber enters service.

It’s a challenging situation, but Speer’s “waterfall” seems to be making life a little easier for Dyess wrench-turners.

“Thus far feedback from our maintainers has been that the waterfall schedule has been a significant positive change in a variety of aspects of how we do business,” he said. “And the fleet’s performance metrics continue to improve.”