They stole "an arthritic, 14-year-old retiree" instead of the Navy's current mascot. 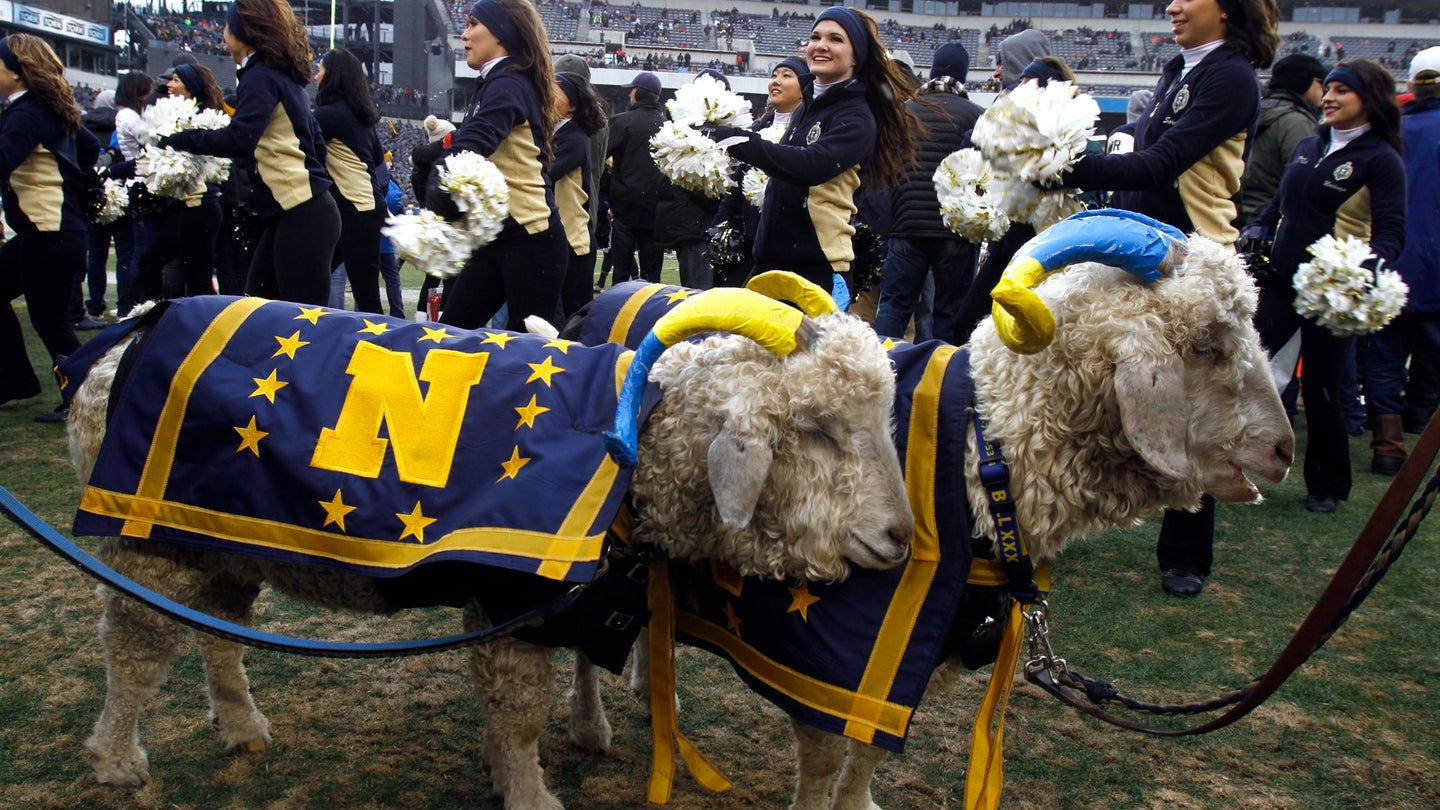 If West Point fumbles in the Army-Navy football game on Dec. 11 as it did during its attempt to kidnap the Naval Academy’s mascot, it’s going to be a long four quarters.

Cadets at the U.S. Military Academy at West Point sought to participate in a time-honored tradition over the weekend of stealing their opponent’s mascot, a goat named Bill. But instead of goat-napping the current mascot, the cadets accidentally stole “an arthritic, 14-year-old retiree with only one horn” called Bill No. 34, instead of Bill No. 37, according to The New York Times.

A joint statement from the West Point and the Naval Academy superintendents did not provide details about the specific goat stolen by the Army cadets, but said the academies “are disappointed by the trust that was broken recently between our brothers and sisters in arms.”

“These actions do not reflect either academy’s core values of dignity and respect,” Lt. Gen. Darryl Williams and Vice Adm. Sean Buck said in the statement. “West Point has ensured the mascot was returned safely and is investigating those responsible.”

The competitive tradition between the academies to steal each other’s mascots ahead of the Army-Navy football game goes back decades. According to the Times’ account, the West Point cadets carried out their raid at a private farm in Annapolis, Maryland, where Bill No. 37, a “young angora with curly white wool” was living with other goats, including the retired Bill.

So one moment Bill No. 34 was minding his own goat business, and the next he had been snatched up by a “noisy assault team,” according to the Times. The cadets reportedly “spooked the goats into a run” before grabbing the wrong goat. They didn’t realize the mistake until they made the 4-hour drive back to West Point.

The elder Bill was returned on Monday, and was found to be in good health, the Times reported.

The first-ever goat-napping occurred in November 1953, just two years after a massive cheating scandal at West Point “led to the expulsion of 90 cadets and gutted the football team,” according to Vice. In an attempt to raise cadets’ morale, two cadets, Ben Schemmer and Alex Rupp, orchestrated the covert mission to nab Bill No. 12, complete with chloroform and a getaway driver from the Army band.

Although the cadets were almost caught by a gas station attendant in New Jersey who’d heard a news broadcast about the stolen goat, they eventually made it back to West Point and revealed Bill to the rest of the cadet corps.

“The plan was to reveal Bill at dinner in Washington Hall, the cadet mess hall. Every cadet would be there,” Vice reported. “Ben made a box big enough to hide Bill in and set it up in front of the tables. Once every cadet was seated he let the sides of the box fall. The big reveal: he and Al and the getaway driver standing proud with Bill. The place went berserk. Cadets jumped on chairs. They took off their dress gray jackets and whipped them over their heads. They hollered, laughed, cheered, screamed, lost their minds.”

The prank has also extended to the Air Force Academy, though it has come with its own difficulties: in 2018, the Air Force’s live falcon mascot sustained “life-threatening injuries” after it was stolen by Army cadets from an Air Force colonel’s home.

And while stealing mascots has become an annual event, so too are the statements of disapproval from higher-ups. In the wake of the 1953 mission, President Dwight D. Eisenhower, a West Point grad himself, demanded the goat be returned before the football game. In 1990, a cadet who organized the mission to capture Bill No. 26 received a “disciplinary form” signed by the commandant of cadets himself, according to ESPN. The form said the cadet “was being censured for ‘participating in an activity which had been explicitly prohibited by the chain of command,’” ESPN reported. As the Times reported, mascot stealing was forbidden in 1992 “after Navy midshipmen cut phone lines and zip-tied six Army employees while stealing West Point’s mules.”

But cadets, frankly, don’t give a shit. They will continue attempting to steal their opponent’s live animal mascots, and higher-ups will continue expressing their disappointment. Because tradition is a hell of a drug.