What military shows, movies, and plays often lack is the element of authenticity. When military special operations veteran David Broyles... 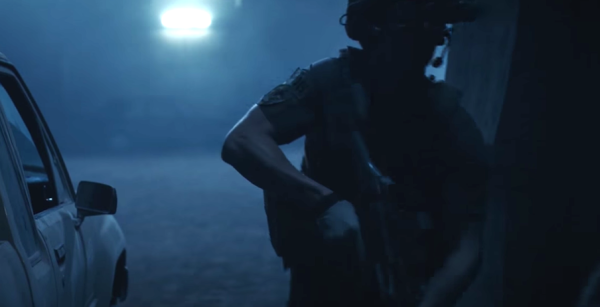 They opted to send the cast to SEAL FIT, a 10-day course modeled after the grueling Navy SEAL training program known as BUD/S.

“It’s to break you mentally, not only physically, and I think all of us broke at one point or another,” actor Kyle Schmid told Task & Purpose in an interview. “It’s a really humbling experience.”

“We were up at 5 o’clock in the morning getting ready to do a 5K run, followed by being in the pool, followed by a 15-mile jog on the beach with a 40-pound rucksack on your back, thrust into doing log lifts,” he said. “It was was hell.”

Schmid, who has been acting for 20 years, said he first met the directors back in 2015. They gave him a script and asked him to consider it.

“I fell in love with it,” he said. “It was honest, and just something I really wanted to be a part of.”

His character was raised by an absent single mother, and he got his high school sweetheart pregnant. He joined the military to try and do right by them, but as you come to find out in the show, he ultimately chooses his Navy SEAL brothers over his wife and daughter, and that conflict essentially drives his storyline.

In the SEALs, Schmid said, “[Caulder] found purpose in his life and found something he was truly good at. He found a brotherhood and a family which was something he hadn’t had growing up.”

Referring back to his training, Schmid said that it’s hard to really understand the psychology until you starting working as a team. That’s what SEALs do really well, and it makes for an unbreakable bond.

Of the rest of the cast, he added that they didn’t know each other very well, but emerged from SEAL FIT feeling like brothers — something he hopes adds to the authenticity of “SIX.”

“It introduces an honesty about how difficult going on mission after mission can be. There’s a very grey area out there I think. It’s very frustrating to have to chase bad guys and protect your brothers,” Schmid added.

A number of the characters in the show have dark pasts that both provide motivation for and introduce conflict in the show. Schmid believes that this is meant to ground the show in reality.

“I think everyone has their personal reasons as to why they serve in the military. Whatever it may be, you have to admire that person that does, or even tries,” Schmid said. “What I hope this show does, is allow our audience some perspective to see how much these men and women, and their families, sacrifice.”