Keanu Reeves is poised to hit big screens in a third installment of the John Wick franchise, slated for sometime... 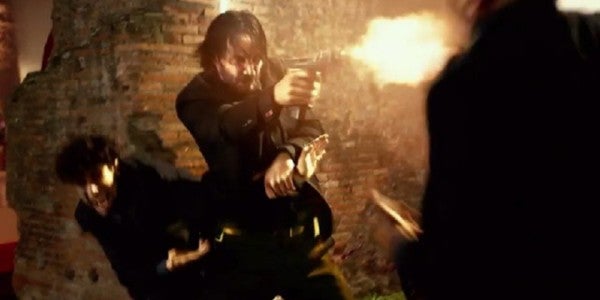 Keanu Reeves is poised to hit big screens in a third installment of the John Wick franchise, slated for sometime next year. For those unfamiliar with the franchise and its brand of stylized mayhem, Reeves, 52, can still convincingly star as Wick, a mass-murdering semi-reformed hitman who sprints about, periotting and shooting guns akimbo.

But just how effective of a killing machine is the besuited Wick, described by fearful gangsters as a boogeyman?

Fortunately, someone took the time to do a body count this week, and it doesn’t disappoint.

Still, that puts Wick leaps beyond another infamous gunslinger with a particular set of skills: Liam Neeson’s Bryan Mills, who killed just 40 bad guys in “Taken,” 32 in “Taken 2,” and 15 in “Taken 3.”

At this point, there’s no real telling what “John Wick 3” has in store for viewers, though the directors have hinted that it’ll bring us more on the secret world of assassins paid in gold doubloons. But one thing is for certain: “John Wick 3” is gonna have an impressive body count.