Let me see your war face! 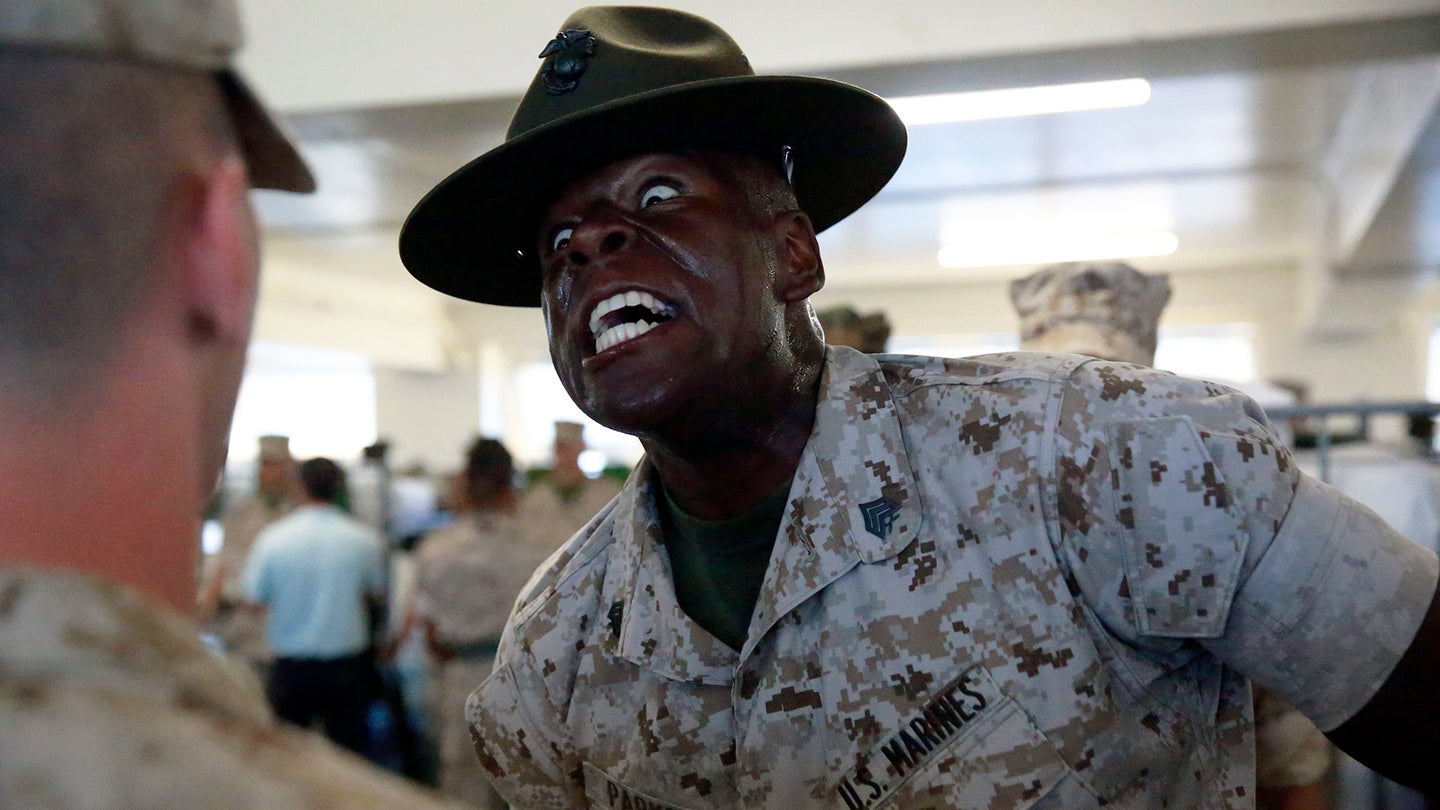 “We Make Marines,” proclaims a banner at Marine Corps Recruit Depot Parris Island, South Carolina, summarizing the service’s ethos that recruits have to prove they have the mental and physical toughness to serve in the Corps by surviving boot camp. By the time men and women receive their Eagle, Globe, and Anchor, they have proven that they have the physical and mental toughness to earn the coveted title of “Marine.”

But Marine Corps Commandant Gen. David Berger wants “exceptionally talented Americans” to be able to bypass the Corps’ traditional rites of passage and begin serving “at a rank appropriate to their education, experience, and ability.”

Berger’s radical new Talent Management plan calls for allowing civilians with critical skills to be able to join the Marine Corps “laterally” as opposed to starting at the very bottom as new recruits.

“As a result of the significant lead time necessary to build expertise, we are unable to respond quickly to changes in the security environment that demand urgent course corrections,” Berger wrote in his plan, which was first made public on Nov. 3. “The rapid rise in importance of the cyber domain, for instance, has challenged us to find creative ways to quickly build critical skills at mid-career and senior levels. Unless we find a means to quickly infuse expertise into the force – at the right ranks – I am concerned that advances in artificial intelligence and robotics, among other fields where the speed of technological change is exponential, will force us into a reactive posture.”

Berger made clear that this option would be limited to certain military occupational specialties, adding it would be “difficult to imagine a scenario” in which a civilian could skip boot camp in order to join a combat arms field like infantry or artillery.

He also wrote that Marines no longer on active duty who now have “critical career experience” should be able to return to service at a higher rank.

“For example, I can envision a Marine who left active duty as a captain or corporal rejoining our ranks as a lieutenant colonel or gunnery sergeant, respectively, after spending 5-7 years working in a cyber or IT field where the service currently lacks capacity,” Berger wrote. “With the right education and experience, that same corporal might also be eligible to return as a mid-grade or senior officer.”

For example, how will Marines who have gone through The Crucible at Parris Island or San Diego respond to the idea of allowing civilians to bypass boot camp to become Marine Corps cyber experts? Ottignon pondered with reporters on Monday.

“How does that line up to a culture of a Marine Corps at roughly 180,000 Marines that go through this exacting training that makes us all one in the same – uniformity in what we do?” Ottignon said. “That’s a cultural thing that we’re going to have to work through.”

The Marine Corps has been here before. Former Commandant Gen. Robert Neller initially considered allowing civilians with cyber skills to become Marines without going through boot camp in 2017.

But Neller faced a conundrum: He did not want to bring in people who did not meet Marine Corps grooming standards.

Then-Marine Brig. Gen Loretta Reynolds, who led Marine Corps Forces Cyberspace Command at the time, recalled in 2016 that Neller once asked her: “Do I have to start letting guys with purple hair and earrings in?”

Ultimately, the Marine Corps decided to establish a Cyber Auxiliary division of civilian volunteers, not Marines. “You can have purple hair, too, but no EGA [Eagle, Globe, and Anchor],” Neller said in 2019.

The question of whether cyber experts who bypass boot camp can hold the title of Marine has not gone away.

That’s why Ottignon’s team is coming up with various options for exactly how the Marine Corps can attract people with the skills that the Corps needs most, he said.

“We think – we could be wrong – you could take a young man or woman, let’s say out of George Mason University that works in cybersecurity and sees opportunities in government; and we show them: Look, no kidding, you’re going to be on an offensive/defensive team and get skill sets; that might be attractive to them. His [Berger’s] point is: How do you do that; and that’s the cultural piece that I offered to you.”