JOB ENVY: The Managing Editor Of The Marine Corps Times 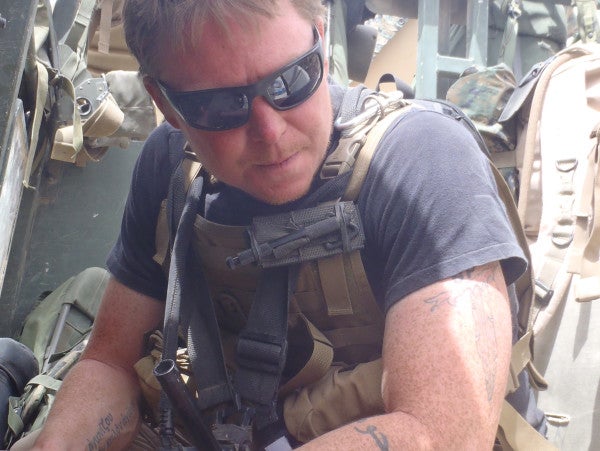 The Marine Corps Times is the largest independent newspaper for the Marine Corps community, and as its managing editor, Geoffrey Ingersoll helps lead its daily operation.

Ingersoll’s career in journalism has been unconventional and rooted in his military service. He recently spoke with Task & Purpose about his path from Marine to managing editor of the Marine Corps Times.

His path to the Marine Corps

Ingersoll said he grew up wanting to be a Marine, but his mother wouldn’t let him join out of high school. So he went to college, and in 2004, graduated with an English degree from Penn State. Then he looked to enlist in the Marine Corps, but with no plans to use his degree directly.

“When I enlisted in the Marine Corps, I thought there were riflemen, truck drivers, and cooks,” he said.

So he thought he would be a grunt, but his mother was good friends with the recruiter and had other plans. “The recruiter told me, ‘Your mother will kill me if I make you infantry,’” he said. “So I thought, ‘Well, Hell, I got an English degree, might as well be a writer.’”

He became a Marine Corps combat correspondent, working as a military journalist to tell the story of the Marine Corps to the American people.

He was stationed on Camp Pendleton and deployed to Iraq.

Transitioning out of the military.

Ingersoll says he wanted to leave the military behind him when he finally transitioned out.

“The truth is that journalism was the last thing I wanted to do,” he said. Adding that he wanted to “grow a beard and fall into obscurity.”

But he had earned his G.I. Bill, and he had always wanted to go to NYU. Studying Journalism in Grad school just felt like a natural fit.

“NYU had a great program specifically for longform journalism, which I was really interested in, and I always wanted to go to NYU,” he said.

He got paid to go to school on his G.I. Bill, and he cautions that many vets sell themselves short when it comes to going to college.

“A lot of vets have this issue where they don’t know how they stack up to the civilian sector,” he said. “But with the Yellow Ribbon programs, a lot of elite colleges are paid for.”

His “Goodbye” to the Marine Corps

After he graduated from NYU, Ingersoll decided to embed with the Marines in Helmand province, Afghanistan as an independent journalist.

“I went to Afghanistan to say goodbye to the Marines,” he said. But as a result of his coverage, he got an offer to write for Business Insider on Military & Defense issues, and it was one that he couldn’t refuse.

Moving on to the Marine Corps Times

Much of Ingersoll’s desire to move from digital news to a more traditional platform like a weekly print newspaper like the Marine Corps Times stemmed from his love of a challenge.

“I felt like I mastered what Business Insider was doing,” he said.

He also wanted to apply his skills in new media to a traditional outlet.

“I wanted to show people that speed in journalism can be a virtue, there’s just a right way to do it,” he said.

“There’s an assumption that enlisted folks are some sort of load-bearing entity like a mule and officers are leading us around by the nose,” Ingersoll said. “Absolutely not the case.”

In fact, his role as Managing Editor of the Marine Corps Times is directly related to his work in uniform.

“When I interviewed for this job, I told them that I ran a weekly newspaper on Camp Pendleton when I was 24 years old,” he said. “In terms of being a Marine and what that brought to the table, it was not only leadership, but management skills on a ground level. Institutional knowledge can’t be bought. You have to have someone who actually went through it to know.”

His advice for the next generation of American veterans

“Take responsibility for understanding civilians and step out there and understand civilian populations,” he said.