USMC Commandant Accused Of Lying About His Marine Corps Background

As United States Marine Corps Gen. James Amos prepares to end his four-year tenure as Commandant this month, some of... 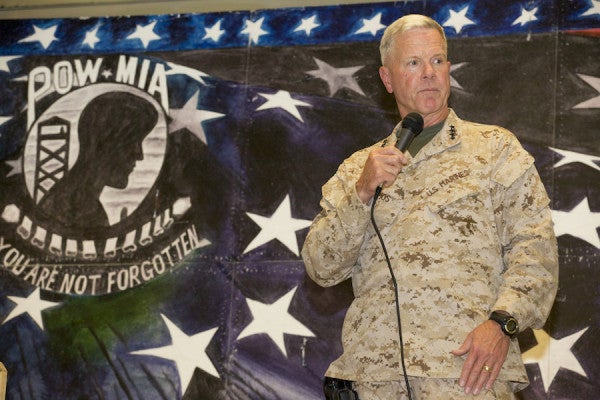 As United States Marine Corps Gen. James Amos prepares to end his four-year tenure as Commandant this month, some of his longtime critics are questioning whether he lied about attending basic Marine officer training school back in 1972.

Congressman Walter Jones, a Republican from North Carolina, is calling for a formal Pentagon investigation after former Marine attorney and Amos critic Lee Thweatt released an 80-page report to lawmakers, which claims that Marine Corps records do not show any evidence of Amos completing basic training school in 1972, as written on his official resume that was presented to Congress.

While an official spokesman for the Marine Corps has said that Amos did complete basic training course, documentation confirming the dates of the course have yet to be released.