An Army Ranger chaplain is under fire after he cited Jesus as the solution to his depression in a mandatory... 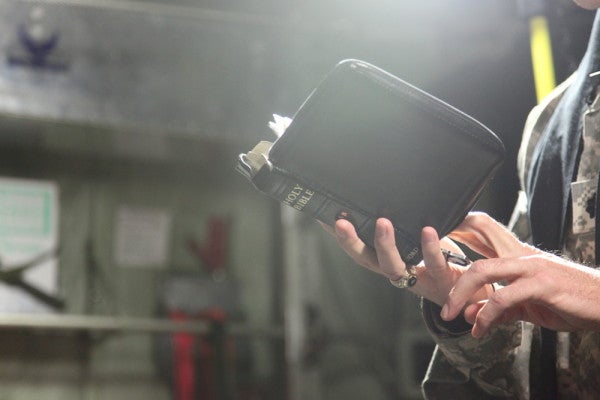 An Army Ranger chaplain is under fire after he cited Jesus as the solution to his depression in a mandatory suicide prevention briefing last month. The chaplain, Capt. Joe Lawhorn, also offered nonreligious ways to combat the military suicide epidemic during the presentation, but then handed out flyers of which one side was dedicated to solely Christianity.

Stars and Stripes spokes to an infantryman in attendance, who called the presentation inappropriate. “It just seemed entirely inappropriate for something that’s not supposed to be a religious gathering,” he said. “The part about opening oneself to Jesus — it sounds like they’re saying if someone doesn’t believe, they can’t be healed.”

The incident has raised red flags within the armed forces and is drawing attention to a Defense Department policy released in January stating “the Armed Forces shall accommodate individual expressions of belief” as much as possible, in response to a congressional requirement in the 2013 National Defense Authorization Act.

Lawhorn’s lawyer said in an interview with Stars and Stripes that “there is a heightened level of hostility to religious rights in today’s military.” However, President of the Military Association of Atheists and Freethinkers Jason Torpy argues the opposite. He believes the new DoD policy gives religious people the idea that they have “free rein to proselytize.”

However, both sides agree that there is a substantial amount of confusion over what the policy says, and what it means.