At the end of two frustrating years, I was about done with the Veterans of Foreign Wars as an organization.... 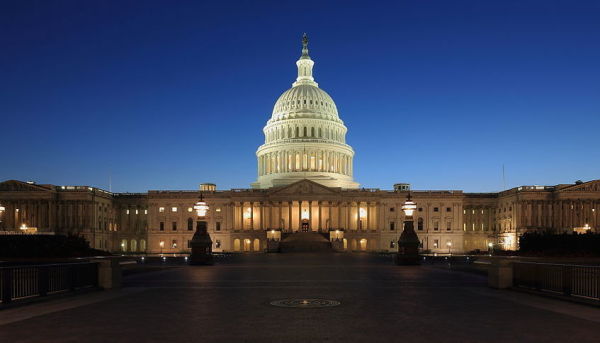 At the end of two frustrating years, I was about done with the Veterans of Foreign Wars as an organization. At the local post level, nothing was happening. Old men argued over pennies and petty quarrels while the post was on the verge of going bankrupt and closing.

Then I heard about the joint fellowship being offered by the VFW and Student Veterans of America. I was already an active member of my campus’ SVA chapter in La Crosse, Wisconsin, and thought this might be a great opportunity. This fellowship offered the chance to fly to Washington, D.C., for the VFW’s annual legislative conference held in March, and meet with my state legislative members to talk with them directly about issues facing student veterans and veterans at large across the nation. I was both intrigued and skeptical, but I applied anyway just for the chance. They only were selecting ten students from across the nation. Ultimately, I got the chance to be one of the ten.

Going into this fellowship, I had the old VFW stereotype in my mind, thinking that when I got to conference, I would be dealing with old stubborn men drinking Pabst Blue Ribbon and smoking like chimneys. I was pleasantly wrong about this. What I found were still a bunch of old men, but old men who cared to take the time and listen to what we fellows had to say. They listened for as long as we could talk, only interrupting to clarify or probe deeper into statements. This made all the difference in how the fellowship would go.

The week was full of these kinds of experiences with legislative leaders, from the VFW national commander in chief, John Stroud, to the all of the different state commanders. Every one of them treated us with the utmost respect and expressed genuine curiosity about what they could do in their states for their student veterans.

The meetings with the Wisconsin state congressional representatives was the highlight and focus of the fellowship and conference for me. I met up with members of the Wisconsin state VFW team the day before all of our meetings, as they would be mentoring me during my time on the Hill. Most had decades of experience coming to D.C. and meeting with the legislators. This gave me the chance to talk with them about concerns of mine and ask questions about the VFW’s priority goals.

Although I don’t think my mentors knew what they were getting into when they agreed to take me on, they seemed to thoroughly enjoy the new perspective and challenge. The next day, we met a majority of Wisconsin’s legislative leaders, both from the Senate and the House. Each meeting was unique and challenging. Israeli Prime Minister Benjamin Netanyahu was speaking the same day we were on the Hill, but through crowded halls and increased security, we found our way to each member’s office. My mentors from the first meeting until the end of the day made sure to specifically introduce me as a fellowship recipient. They also made sure I was able to speak on behalf of my fellow students veterans in Wisconsin and across the nation.

Here it hit me through the meeting, I am sitting right next to the person who makes the laws, and this person is sitting here because of me, listening to what I have to say. Even when the representative only had a few minutes to spare, he or she always took the time to find out my top priorities and thank me.

It is hard to nail down the biggest benefit of the fellowship. Was it the new friends and allies I made, the lobbying experience, or the new-found appreciation discovered for the VFW? For me, I guess in the end it is a little bit of each. I am in contact now with student veterans nationwide whom I trust and understand. I have a real face to go with the names of the national VFW and SVA staff, not only just a face, but I know them now as real people. It has given me hope that things can change even at the lower level.

My hope for this fellowship in the future is that it is expanded to more student veterans and that more states are able to get involved. The scope of the fellowship should also expand to incorporate fellows into the VFW National Convention. This type of partnership between student veterans and a national veterans service organization with a strong influence on Capitol Hill is what will fuel progress and changes for veterans of future generations.

In a time where many veterans, myself once included, view the VFW as a rundown organization with old white men and smoked filled posts, this fellowship demonstrates that the VFW is actively making an effort to be much more than that. But it will take this generation of veterans coming out of Afghanistan and Iraq to make that cultural change a reality.