“Mentor” is a word that gets thrown around a lot. Maybe now is a good time to redefine it, because... 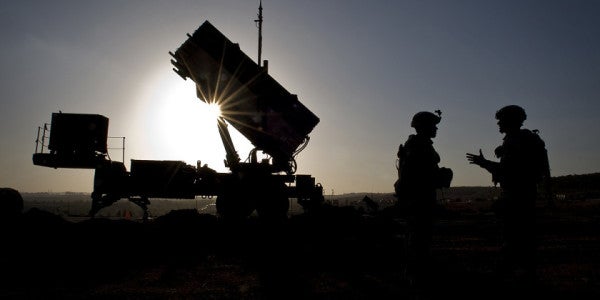 “Mentor” is a word that gets thrown around a lot. Maybe now is a good time to redefine it, because there is a large generation of veterans who have learned a lot from their experiences that is worth passing on.

I have been fortunate in my military career to have some of the best mentors in the business. Finally as I became more senior and experienced, my younger teammates started to ask me the same questions I asked of my coaches and I realized I had become a mentor as well — the “old man” if you will.

Mentorship is many things to many people and I hope to shed some light on the topic as I understand it, and maybe help someone to find a mentor or coach to help guide them through life. I like to say that life is a team sport. In football, if you had to run the ball against a top defense, you may want some blockers in front of you. A mentor can help you move the ball, but don’t expect them to tackle everyone on the field so you can score a touchdown untouched — you have to be willing to take a hit and block for your teammates too.

What mentorship is: My first mentors were my grandparents. I didn’t have daily interaction with them. They had experiences beyond what my parents knew. They seldom judged me and just calmly answered my questions about life. My grandfather was a real pro at it and was a sought-after mentor across the county. He often used humor to make a point, didn’t get dramatic, and left you with good choices to pick from, while never steering you too hard toward a particular path. Simply put, he gave advice that he knew you should think about, even when you didn’t think you were in need. His advice was kind and thoughtful. He left you feeling like you learned something and that he had your best interests at heart — even if the advice wasn’t what you wanted to hear. My grandfather, Arthur Rossier, exhibited the essence of mentorship.

I had other mentors along the way who steered me toward the military as a teenager. Without judging, me they showed me the other possible life I could have if I stuck it out and graduated from high school. They were older Vietnam veterans who were leading successful lives and providing for their families. In short, they were people I would like to become. Although I did not keep in touch with all of them after leaving my hometown, one became a great friend and confidant. That is another great thing about mentorship — sometimes an honest and healthy friendship grows from it and it benefits the coach as much as the student. Jack Cox, who I am still in touch with today, was not someone I talked to every day or even every month. This was before the internet and Facebook, so we talked when I visited Florida, where we went out in the swamps or for lunch. He kept tabs on me and sent small or sometimes sentimentally valuable gifts to me at different stages of my career. When I went to jungle school in Panama, as he did decades earlier, he mailed me a K-Bar knife. I carried that blade for the next 20 years on every mission. He mailed me a rifle when I graduated from my officer program, becoming a paratrooper lieutenant after taking off my sergeant stripes. He earned his Purple Heart medals and my respect for his service in Vietnam on a four-man Force Recon team, but he earned my friendship from many small bits of advice and encouragement over the years.

One of my most influential mentors was just another battalion commander to me when we first met in the early 1990s and I was a young Army infantry private first class. He was ruthlessly hard on us and improved our ability to run, shoot, and road-march; but at the same time he was easy to talk to and never got too upset when things didn’t go according to plan. That ability to be at ease with his paratroopers, and yet get us to perform at such a high level of expertise, marked him for promotion with his superiors; but more importantly, made his men willing to follow him anywhere. I stayed in touch with him over the years and he checked in on me occasionally as our paths crossed again and again in the Army. Never forceful with his ideas, he just asked what was going on in my life and what options I had envisioned for myself. When I failed to achieve a goal, he told me to let it go and move on. When I needed a letter of recommendation for an application packet, one showed up in the mail in days. If I wrote something, he read it and gave useful feedback. When my wife was ill, Gen. Stanley McChrystal told me to push on and that he and his wife would pray for us.

It was not hard for McChrystal to determine that when he was picked by the president to unexpectedly report to Afghanistan he would need to call in some favors and rely on his network of mentees and mentors. When he asked via email later that day (as he did of dozens of people around the globe) if I would join him on his tour as commander of coalition forces in Afghanistan, it took me two minutes to decide. My wife only took about two seconds to back my decision, even though we just got some serious health news from her doctor. She told me simply, “Jason, he is your friend and mentor and has always been there for you — you must deploy and stay as long as you need to.” At the time, the tour length he was thinking about was two to three years and that was OK with me. I owed him a lot. That is another important thing about good mentorship — when someone on either end of the relationship asks for help, you immediately drop what you are doing and pitch in.

I can tell you that McChrystal learned mentorship from some great Americans and will be the first to tell you he owes them a lot. His recent blog post about the type of mentorship retired Lt. Gen. John R. Vines taught him is worth a read.

What mentorship isn’t: I have often had people tell me that their mentors were not very good because they didn’t get them the job they really wanted or get them promoted early. These mentees are looking at it all wrong. Mentors are supposed to help you make tough decisions, connect you with people who might be able to help you, and vouch for your worth if you are trying to join a new organization. They aren’t the key to your next job, your next promotion, or a lucrative retirement plan. Those achievements are yours to earn. You must prove to other people that you are worth hiring or promoting. You must train hard, study, and better yourself to make the next leap in your life. Mentors, simply put, give you a second brain to help you make decisions about your life. If they ever can, mentors will help you get your foot in the door, but they don’t have to shove their own head in the doorway if someone starts to slam it in your face. Mentors don’t have superpowers, but they do have some wisdom they picked up from their own successes and failures in life.

So if you think getting a mentor is a way to cheat the system and get all the best jobs and faster promotions, you might want to skip it. A mentor is not what you need. I am not sure what you need, but it isn’t a mentor; maybe a psychiatrist or counselor.

One other key element of a healthy mentorship relationship is volunteerism. A forced relationship just doesn’t work out often. Some organizations I have served in, both within and outside the government, have tried to develop formal mentorship programs. This sounds good in theory, but can result in a poor meshing of personalities if it’s forced. The better approach for an organization is to educate their teammates about the value of mentorship, and then provide a forum for people seeking mentors and mentees who want to connect to meet. Mandating leaders to become mentors and junior members to find a mentor just doesn’t meet the intent. A fruitful relationship needs to grow on its own based on mutual interest and possibly benefit.

What mentorship can be: Mentors can come and go. Sometimes you can go for years without talking to your mentor and that’s okay. A real mentor is there when you call on them — it’s that simple. On the other side of things, mentees or protégés can have multiple mentors who they call on for various topics. Mentees don’t have to contact their mentors every week to check in or keep the relationship alive. Mentors understand that you will reach out when you need them, so there’s no need make it overly formal.

Mentorship can be as simple as advice about pending decisions, thoughts on new books and articles, a friendship, or a trusted voice when you seem to be swimming in chaos. It can be as formal or informal as you make it. The key is to not overanalyze your relationship or try to classify each other as mentors, coaches, leaders, protégés etc. Just communicate and stay in touch, and be honest and humble. If your mentor has lots of protégés (believe me it can be dozens at once), then be patient when awaiting advice. Likewise, mentors must realize that they can only benefit a certain number of mentees at a time, so they need to be realistic about their abilities. Another great option in mentorship is to find someone who works outside your field of expertise. This can help you broaden your mind and receive some very objective advice. Mentorship can occur anywhere, so if you are short on time use coffee breaks, lunch, or workout sessions to squeeze professional development moments into your day.

Once you have learned how to mentor, you can pass on your life lessons to your own group of protégés. Leaders who enjoy mentoring and coaching are easy to spot, so you don’t need to hang a sign to announce your availability to mentor your junior team-mates. I would suggest trying to find a segment of the population that lacks good mentors when starting your mentoring phase of life. I worked at first with at-risk youth in Texas and California and found it very rewarding. When I moved to Washington, I realized there was a large population of young adults in the foreign affairs and national security realm looking for jobs who needed someone to bounce ideas off and created my own not-for-profit mentoring team to help out. My organization’s goal is to increase the diversity of thought in foreign policy circles, so I tried to find protégés whose voices are often under-represented and offered free classes and mentoring sessions.

You can make mentoring a big or little part of your life, but believe me, in the end you will learn more from mentoring others than you will ever teach. Give it a try. Find a mentor and become a mentor.