‘Action Man’ Or ‘Planning Man’: Know Your Role At Every Level Of Command

Editor’s Note: This article by Matt Rasmussen originally appeared on The Military Leader, a blog by Drew Steadman that provides... 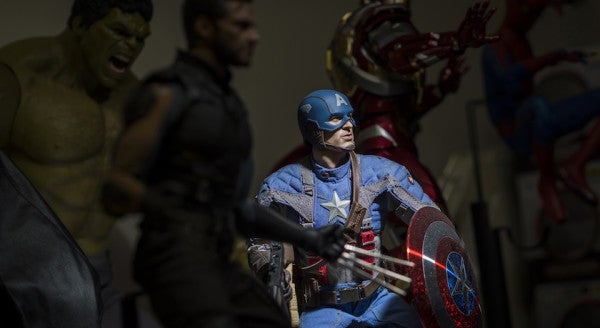 Editor’s Note: This article by Matt Rasmussen originally appeared on The Military Leader, a blog by Drew Steadman that provides leader development resources and insight for leaders of all professions.

Have you ever had the lieutenant colonel who was the best squad leader in the battalion and made sure everyone knew it? Ever seen a team leader trying to lead a fire team from the rear during a live fire? Have you ever had majors worrying about whether soldiers should load rucksacks or duffel bags into the belly of an aircraft?

The results aren’t always pretty. The organization suffers when leaders forget the level at which they’re supposed to lead. At each rank, officers and noncommissioned officers fit into the unit in different ways. Their expanding education and experience means that they should bring different talents to the organization. The unit depends on them for it.

This article is a framework for visualizing and describing the types of leaders a unit will typically see: Action Man, Planning Man, Concept Man, and Decision Man. No rank or role has greater value than the others, only different responsibilities and functions in the formation. If today’s military leader knows where he fits into the team and what role he plays, he’ll be a hero.

“Action Man”: leaders at the point of decision and action

As a newly minted leader, you are Action Man. Action Man executes tasks. Action man gets a left and right limit, a limit of advance, a task and purpose, and is told to move out. Action man doesn’t plan too deeply; not much further than his limit of advance or more than one or two terrain features ahead. We teach Action Man to use troop-leading procedures because they are a set of simple set of actions to take to make a simple plan that is easily executable.

Action Man is a fighting leader who leads by personal example at the point of decision. He personally directs soldiers to fire and maneuver through an objective or a task.

Planning Man is extremely important to the formation both upward and downward. As a captain company commander or staff officer, he translates the concepts and guidance from higher into executable tasks for the Action Men. As a first sergeant or platoon sergeant, his experience and advice keeps Action Man from going off the rails and should inform Planning Man’s plans and execution.

Concept Man comes to the formation after having been Action Man once upon a time and Planning Man multiple times. Concept Man has had three to four assignments, mixed between broadening assignments and key assignments in his branch. Concept Man went through his intermediate level education and became more of an expert on the MDMP and on understanding how his formation fits into the big picture. Concept Man likely also was on the staff of the headquarters one or two levels up and was a Planning Man recently.

Concept Man takes the direction from the next higher man, Decision Man, and translates that guidance into a concept of operations for Planning Man. Concept Man could also be called Course of Action Man, since he has the experience to develop multiple broad courses of action the formation can execute. Concept Man could also be called Coordination Man, because he must coordinate with adjacent formations and the higher headquarters to get resources, deconflict operations, and gain concurrence for changes to the higher operation. Coordination Man must play well with his peers. He realizes now that the success of his organization as a whole depends on the success of many of his adjacent units.

Decision Man is the one in the formation who is most experienced and in the highest command position. He has the education, experience to take recommendations from Action Man, Planning Man, and Concept Man, and to chart a course for the unit. Decision Man primarily exists to make decisions and to give guidance to develop the right decisions.

Decision Man could also be called Vision Man. His experience and broad overview of subordinate unit actions allow him to set priorities and determine the vision for the organization.

Decision Man can also be called Oversight Man. Again, his experience and knowledge of how things are done from his time as Action Man, Planning Man, and Concept Man gives him the unique knowledge, skills, and attributes to make sure that all of his subordinates are executing their roles in the proper way.

To use the Action Man construct, we have to maintain some assumptions about leadership and organizations.

Scan the descriptions for Action Man, Planning Man, Concept Man, and Decision Man. Are you fulfilling the correct role in your unit? Are you being the hero you’re supposed to be?

Assess your daily interactions and ask others for input. Maybe your unit needs a little less Action Man and more Concept Man. Or maybe you need to step up your engagement because your boss isn’t making the decisions he should be. If there is a change to be made, adjust quickly. Knowing your role is vital to the dual functions of military leadership: accomplishing the mission while taking care of soldiers.

This article, “Action Man” – Know Your Role and Be a Hero, originally appeared on The Military Leader.

Matt Rasmussen has been a U.S. Army Infantry Officer since 2001. He has served from platoon to division level in operational assignments and has had broadening assignments as a Small Group Instructor, Infantry Branch Assignment Officer, and ARCIC Staff Officer.