What The Military Teaches About Bad Intel Applies To Anti-Vaxxers

Not long after two of my sons received childhood vaccinations, they were diagnosed with autism. Just before I wrote this,... 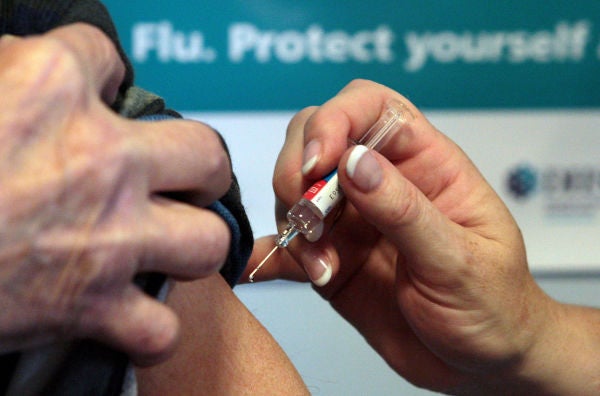 Not long after two of my sons received childhood vaccinations, they were diagnosed with autism. Just before I wrote this, literally hours ago, my daughter called to tell us my eldest granddaughter may be on the autism spectrum as well. She was vaccinated just weeks ago.

There are two ways I can respond to this. Option one is the most obvious, and satisfying: I could become Jenny McCarthy’s ideological brother and blame the vaccines. No significant medical events had occurred in my sons’ or granddaughter’s lives before their diagnosis. Then they were vaccinated. Suddenly they had autism. Vaccines must have caused it. Simple.

Option two is more difficult and time-consuming. It requires me to investigate and research, rather than just react. It demands rationality and critical thinking. Since I’m not a conspiracy theorist (and words cannot express how much I detest conspiracy theorists), I chose this option.

The anti-vaccine movement rests on rumors, illogical conclusions, and paranoia. In the military, we know better than to use rumor or unfounded suspicion as a basis for action. When a military leader feeds us obviously bad information, we call him on it. We should do the same thing with anti-vaxxers. And more importantly, we don’t live up to our oaths to defend America by deliberately helping disease ravage our children.

I used to think of autism as a very specific condition, like Down syndrome. Over the years, as my wife and I took first one and later two sons to speech and occupational therapists, developmental pediatricians and applied behavioral analysis therapists, I’ve learned far more about autism than I ever wanted to know. And none of it is as simple as I assumed.

One of my sons is moderately autistic. He has social limitations, limited speech, can’t control his multiple “stimulating” behaviors, and at age six, still struggles with skills typically mastered at age three or four. We’re hopeful, but it’s a long road ahead, with no guarantees. My other son is different; at age three, a developmental pediatrician gave him a 10-minute subjective test and then told us he had “about a 10% chance of ever being normal.” He’s now in mainstream school doing fine academically and conduct-wise, struggling just a little with social skills. Outwardly he’s a regular, if quirky, little boy. If you didn’t know he was on the spectrum, you wouldn’t know.

Other autistic children are dealing with far worse problems than our sons have. My wife and I continually remind ourselves how lucky we are. And we don’t ever blame vaccines for our sons’ conditions.

In five years of speaking to autism experts, we’ve not heard a single one mention vaccines as a possible cause of autism. The idea is pretty absurd on its face; almost all children are vaccinated, yet only a small percentage are diagnosed with autism. In families like mine, siblings received the same vaccines, but aren’t all autistic. We know of twins where one is autistic while the other isn’t. We’ve also learned that as parents get older, their chances of producing an autistic child increase. That was true in my case (we were 35 and 37 when our two younger sons were born), and most parents of autistic children we know are older than average. Children born into families with other autistic children are at higher risk. Random chance also plays a part. Vaccines don’t.

And some signs of autism are visible before a child is vaccinated. Like many parents of autistic children, we noticed problems long before we had our children vaccinated. And we recognize pre-vaccination signs of autism now that didn’t register before; for example, as soon as our youngest son could walk he would pace back and forth. My daughter has been concerned about our granddaughter’s speech delays for almost a year, but just had her vaccinated last month.

As far as I know, the “vaccines cause autism” craze began with a single, and now-debunked, study. That’s not surprising. The autism world is full of snake-oil salesmen, pitching nonsense to parents who are not only desperate for a cure, but feel consumed with guilt if they don’t try any possible treatment. I wouldn’t be surprised if the “proof” that vaccines cause autism was part one of the plan, and part two was selling the “cure” for damage caused by vaccines.

Our pediatrician has two autistic sons; if a parent is concerned about vaccines she suggests they space the vaccines out. That’s just so the parent will feel better. She doesn’t believe vaccines are in any way linked to autism.

I’ve listened to medical professionals. I’ve heard anti-vaxxer theories. Shockingly enough, I decided to listen to professionals who know what they’re talking about, instead of reactionaries like Jenny McCarthy. My child-creating days are done, but if I had another child tomorrow, I’d get him or her vaccinated.

As it stands now, plenty of non-autistic children are getting the measles because their parents are gullible, scared and/or conspiracy theorists. Letting your children fall victim to an easily-preventable disease doesn’t help anyone. And unless your child has certain specific medical problems, there’s no reason not to vaccinate him. The only reason not to do it, and it’s a stupid reason, is knee-jerk “I don’t trust them corporations or the government” suspicion.

I vaccinated my children. Two have autism. If I hadn’t had them vaccinated, I might have two children with autism and the measles.