Even Among Active-Duty Troops, Stolen Valor Can Be A Problem

Embellishing, or even outright fabricating war stories — contemporarily referred to as stolen valor — has gone on as long... 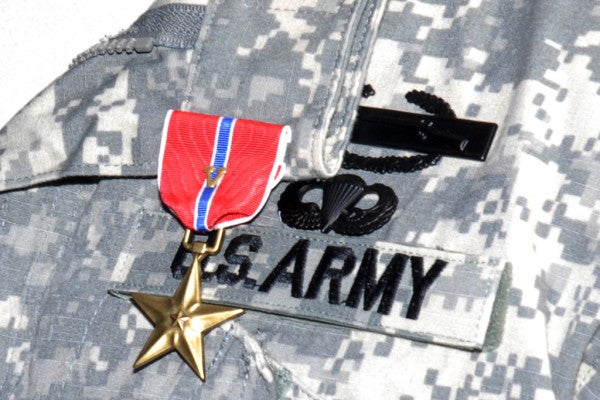 Embellishing, or even outright fabricating war stories — contemporarily referred to as stolen valor — has gone on as long as there have been wars. What some don’t realize is that this can occur among veterans and active-duty personnel as well. Ashley Rowland of Stars and Stripes looks at the story of Damian Barbee, an E-8 who was charged in May about lying on his service record. He was charged for falsely claiming to have earned a Bronze Star, Purple Heart, Master Parachutist Badge and an Army Commendation Medal with combat “V.”

Oh, and his Ranger tab was fake, too.

“In many cases, there’s a very clear and specific financial gain that they’re seeking. For others, there’s something about wanting to be perceived as a hero, to have people look at them with admiration,” said Christopher Frueh, a psychologist at the University of Hawaii, adding that the lie “becomes a narrative, it becomes a story, an excuse, an explanation, a way of filling some other gap.”

After he was caught and charged, Barbee was demoted to the rank of staff sergeant and sentenced to hard labor for three months.