If you find yourself in a hole, stop digging. 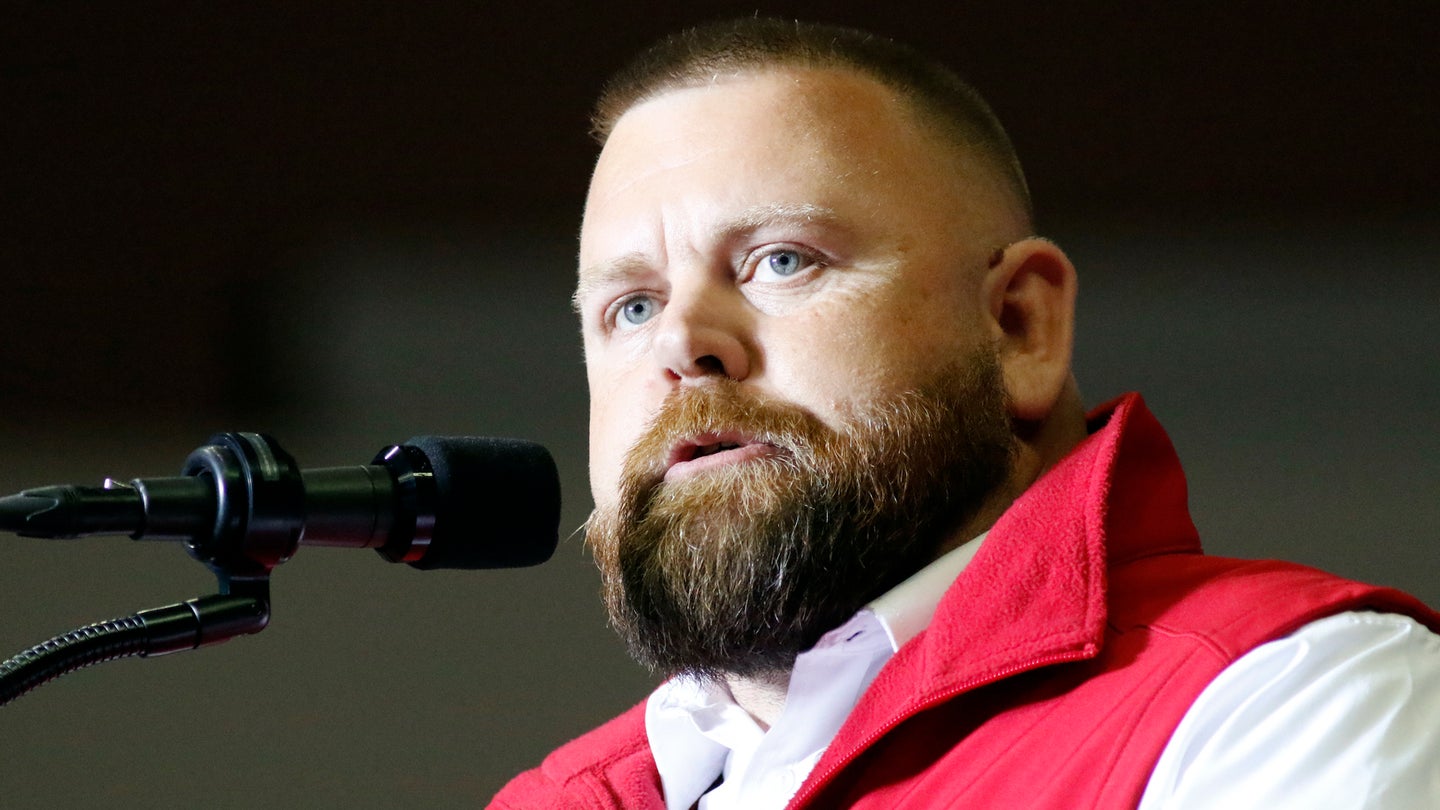 Barely a week after the Associated Press revealed that the Air Force veteran had allegedly misled the public about a 2002 combat deployment to Afghanistan, the news outlet revealed that Majewski had also misrepresented the circumstances of his past punishment and demotion the previous year.

While Majewski’s campaign reportedly told the Associated Press that the candidate was punished and demoted to the rank of E-2 for his involvement in an Air Force dormitory “brawl” in 2001, records of his non-judicial punishment proceedings, obtained by the Associated Press and published online, indicate that Majewski was in fact demoted for driving drunk at Kadena Air Base in Japan on Sept. 8 of that year while assigned to the 733rd Air Mobility Squadron there.

“When you decided to get behind the wheel of a vehicle after indulging in intoxicating liquor you brought discredit upon yourself, [733 AMS], and the Air Force,” the disciplinary records, which were published in full by the AP, state “Further misconduct by you of any type will not be tolerated.”

In response to the Associated Press report, Majewski posted a photo of the memorandum of reprimand he received for the incident on Twitter, stating, “I’m not proud of it. I learned from it. I remain focused on the issues affecting Ohio, in 2022.”

News of the discrepancy only compounds the questions swirling around Majewski’s military record following last week’s revelation that, despite repeated claims on the campaign trail of seeing combat during the early years of the U.S.-led war in Afghanistan, that candidate only ever saw deployments to Japan and Qatar.

Majewski had previously made several public statements about his ostensible tour of duty in Afghanistan. During the chaotic evacuation of Hamid Karzai International Airport during the U.S. withdrawal from Afghanistan in August of last year, he tweeted, “I’d gladly suit up and go back to Afghanistan tonight and give my best to save those Americans who were abandoned.”

In response to that initial report, Majewski claimed that, despite his status as a glorified plane loader at a rank just one notch above entry-level, his ostensible deployments to Afghanistan were “classified” and that the Associated Press article — based on his own military records — represented a “hit piece.”

“I was in multiple bases in Afghanistan and the time frame is clear, in 2002,” Majewski stated during a Friday press conference. “We flew in and out of the area of responsibility multiple times. It’s almost impossible for me to tell you where I was and on what day. That’s why my orders are listed as a classified location.”

It’s unclear what the fallout of the revelations over Majewski’s military service might look like. Last week, House Republicans pulled an almost $1 million ad spend slated for the Majewski campaign mere hours after the Associated Press disputed his claims. According to Politico, the funding was for ads targeting Majewski’s political opponent in the race. Despite the withdrawal of financial support, fellow members of the Ohio Republican party have stayed mum on the consequences of the candidate’s misrepresentation of his service.

But among active-duty service members and military veterans gearing up to vote in the midterm elections this November, the label of “stolen valor” — lying about or deliberately exaggerating the details of one’s military service — may end up hurting the Majewski campaign more than any claims of “classified” service can fix.

“The No. 1 trope that comes out of people when they are either fabricating a military record or, in this case, embellishing a record is they fall back to, ‘It’s classified,’” former Air Force master sergeant and stolen valor investigator Ed Caffrey told the Associated Press. “There’s no junior enlisted air transportation specialist who was doing something so secret that 20 years later it still needs to be classified.”