J.R. Majewski has repeatedly said he was in combat situations in Afghanistan. His record shows no evidence of that. 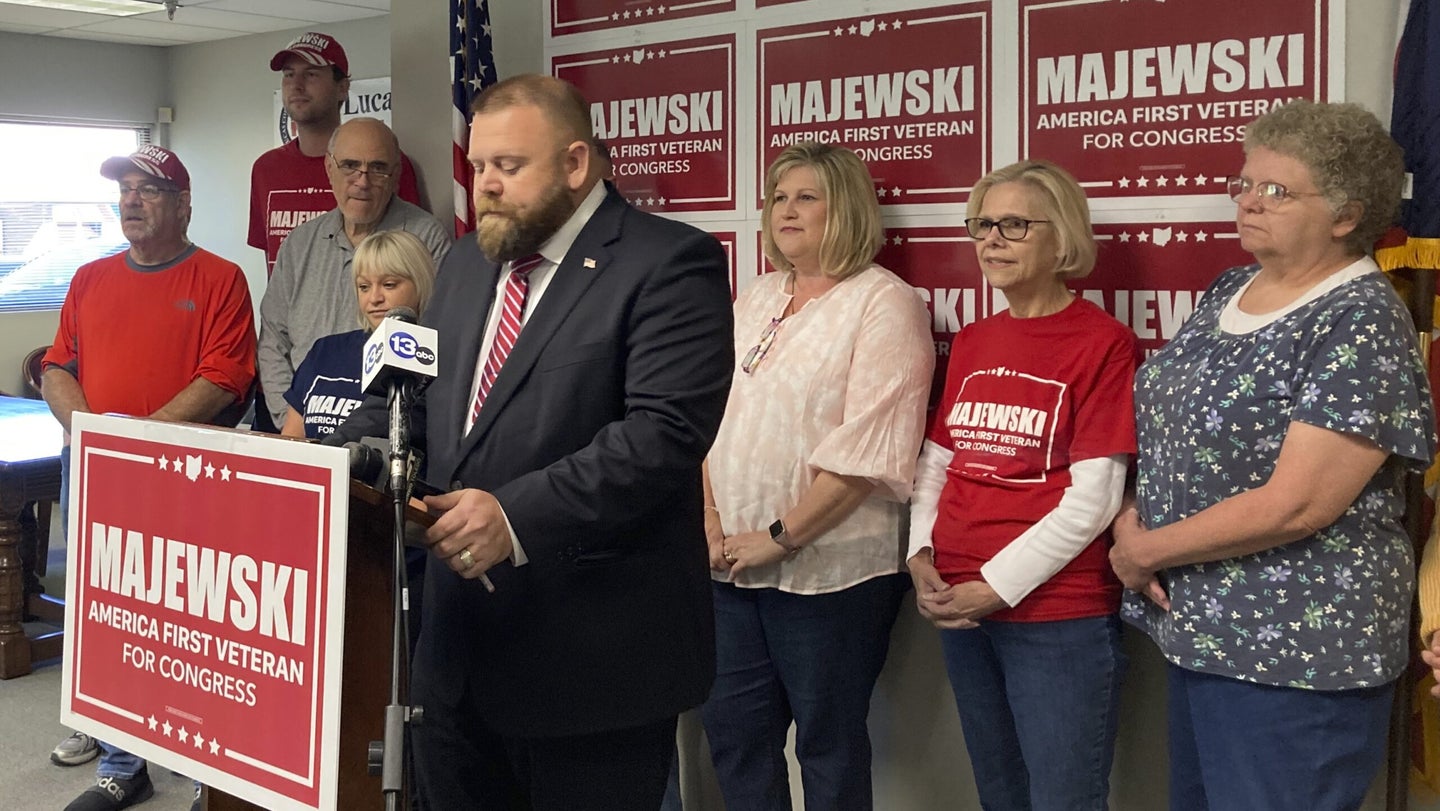 An Air Force veteran running for a Congressional seat in Ohio spent much of his time on the campaign trail invoking tough combat missions he was on in Afghanistan in 2002. But reporting by the Associated Press found no evidence that Republican candidate J.R. Majewski had any such deployment, let alone a combat-heavy one as he claimed. Majewski has a simple, easy explanation as to why his service record doesn’t show the combat deployments he often brings up: they’re classified.

“I was in multiple bases in Afghanistan and the time frame is clear, in 2002,” he said at a news conference on Friday after the Associated Press reported his service record. “We flew in and out of the area of responsibility multiple times. It’s almost impossible for me to tell you where I was and on what day. That’s why my orders are listed as a classified location.”

It’s that simple. Majewski, by his own words, would regularly fly out of Qatar into Afghanistan shortly after the war began. Campaign ads and biographies said his squadron was deployed to Afghanistan early in 2002, where he saw heavy combat. But the Associated Press’ reporting showed no record of his time in Afghanistan, including a lack of an Afghanistan campaign medal. Instead the Air Force veteran was stationed in Japan and had a six-month stint in Qatar, but was tasked with helping to pack and unload planes heading in and out of the base.

He hasn’t shown any evidence or corroboration of these missions, nor brought in any colleague or commander who could confirm that Majewski was on these apparently secret deployments. However, he said he has records from his personal file that confirm his claim. Of course, if those deployments are classified, Majewski has been openly talking about them — in great detail — for some time now, despite the supposed missions being secret.

The candidate posted service documents on social media, but none show any deployments to Afghanistan. He also claimed to have been deployed to South Korea; his record does show a temporary duty travel to the country, but not any deployment.

Since the Associated Press reported on Majewski’s claims, he said he is staying in the race in Ohio, and called the reporting a “hit piece.” However, it’s having negative impacts on his campaign. The House Republicans have already pulled an almost $1 million ad campaign slated for Majewski after his service claims were disputed.