Joe Biden will be your next commander in chief

Former Vice President Joe Biden will become the next commander in chief on Jan. 20 when he is sworn in as the 46th president of the United States. 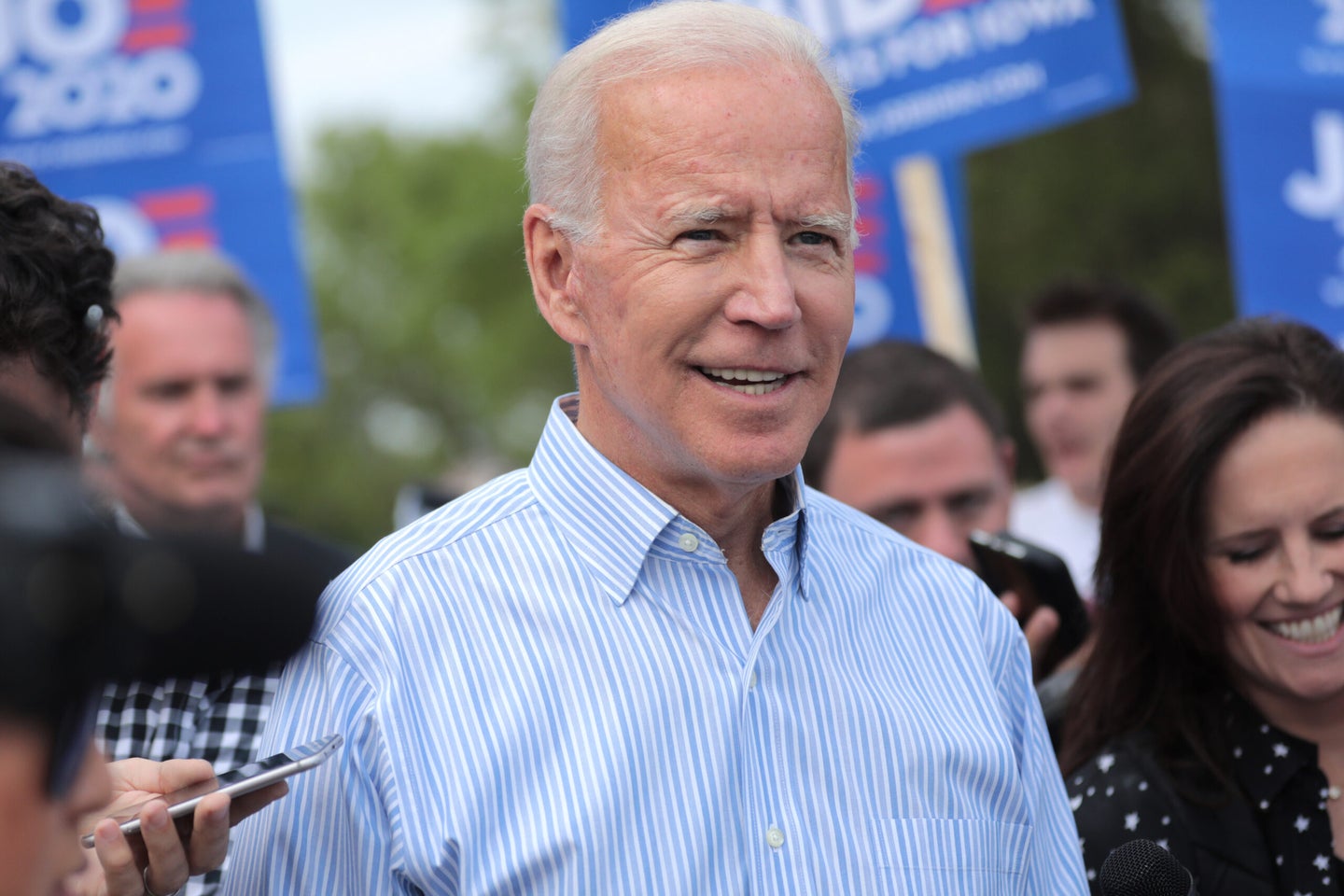 Former Vice President Joe Biden will become the next commander in chief on Jan. 20 when he is sworn in as the 46th president of the United States.

With nearly 145 million votes counted, Biden has secured 273 votes in the Electoral College after winning Pennsylvania, according to Fox News, CNN, NBC News, The New York Times, and the Associated Press. Biden needed at least 270 to win the presidential election.

“I am honored and humbled by the trust the American people have placed in me and in Vice President-elect Harris,” Biden said in a statement. “In the face of unprecedented obstacles, a record number of Americans voted. Proving once again, that democracy beats deep in the heart of America.

“With the campaign over, it’s time to put the anger and the harsh rhetoric behind us and come together as a nation. It’s time for America to unite. And to heal. We are the United States of America. And there’s nothing we can’t do, if we do it together.”

President Donald Trump has not yet conceded defeat. His campaign has filed lawsuits challenging results in several states, but the legal action is not likely to be successful, according to election law experts Rick Hasen, Edward Foley, and Joseph Fishkin.

I WON THIS ELECTION, BY A LOT!

The Democrats announced in August that their priorities under a Biden administration include ending the Defense Department’s ban on allowing certain transgender people from joining the military, combatting racism within the military’s justice system, protecting troops, veterans, and their spouses from being deported, and repealing the 2001 and 2002 authorizations for use of military force that have allowed presidents to wage undeclared wars across the planet.

Biden told Stars and Stripes that he favors keeping a small number of U.S. troops in the Middle East and southwest Asia in order to fight the Islamic State terrorist group.

“These ‘forever wars’ have to end,” Biden said in an interview with Stripes reporter Steve Beynon. “I support drawing down the troops. But here’s the problem, we still have to worry about terrorism and [the Islamic State].”

It is widely expected that Biden will nominate Michèle Flournoy to lead the Pentagon. If confirmed by the Senate, she would be the first woman Secretary of Defense since the Defense Department was founded in 1947.

Flournoy previously served in the Pentagon as the Under Secretary of Defense for Policy from February 2009 to February 2012.

When Biden is sworn in, he will inherit an economy under severe stress, a $27 trillion national debt, and a budget deficit of more than $3 trillion. He will likely face pressure from the left-wing of his party to cut defense spending.

Biden has also vowed to change how the Defense Department spends money. Instead of buying “legacy” systems, the military should buy weapons systems that will be needed for future wars, he wrote in response to questions from the Military Officers Association of America in September.

“President Trump has abandoned all fiscal discipline when it comes to defense spending,” Biden wrote. “We can maintain a strong defense and protect our safety and security for less. The real question is not how much we invest — it’s how we invest.”

Notably, Democrats have not named which specific weapons systems they believe the Defense Department no longer needs.

“Based on a great deal of time around Vice President Biden, I would suspect that the U.S. military will be well supported and that there will be an emphasis on cybersecurity, unmanned vehicles including space, and special forces,” said Stavridis, who served as Supreme Allied Commander of NATO from 2009 to 2013.