"Mr. Trump will deservedly be left a man without a country" 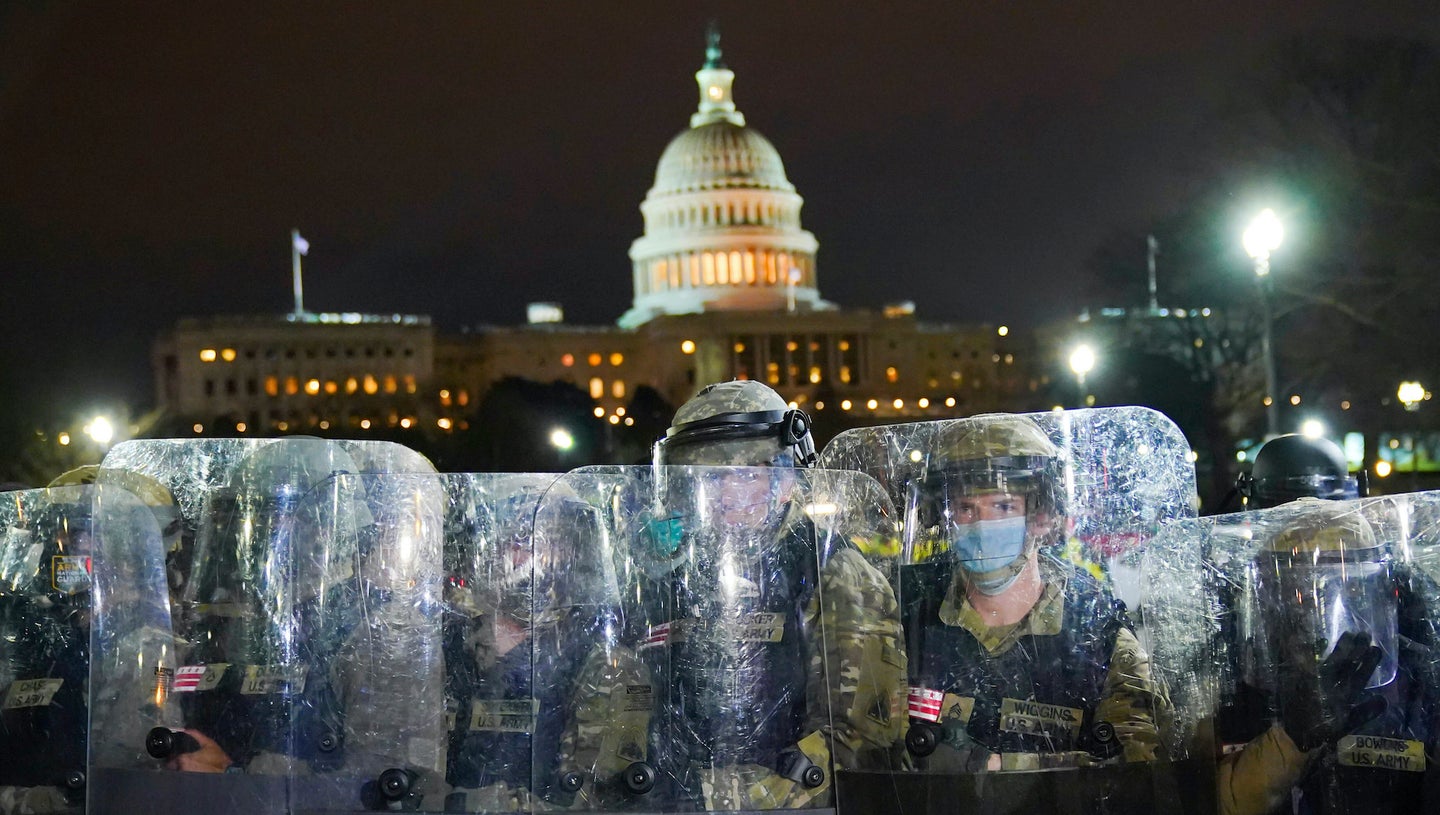 Photo by: John Nacion/STAR MAX/IPx 2021 1/6/21 The United States Capitol Building in Washington, D.C. was breached by thousands of protesters during a "Stop The Steal" rally in support of President Donald Trump during the worldwide coronavirus pandemic. The demonstrators were protesting the results of the 2020 United States presidential election where Donald Trump was defeated by Joe Biden. While there was a significant police presence attempting to keep the peace - including law enforcement officers and agents from The U.S. Capitol Police, The Virginia State Police, The Metropolitan Police of The District of Columbia, The National Guard, and The FBI - demonstrators used chemical irritants to breach the interior of The Capitol Building. This, while the Democratic Party gained control of The United States Senate - sweeping the Georgia Runoff Election and securing two additional seats. (Washington, D.C.)
SHARE

Since the earliest days of his administration, President Donald Trump has cloaked himself in an air of military legitimacy with praise for “my generals.” But starting with his response to the summer protests in Washington D.C., respect for the commander-in-chief among current and former military leaders who aren’t objectively batshit insane appears to be in short supply.

Following the Wednesday assault on the Capitol building — a riot designed to halt the certification of President-elect Joe Biden’s November electoral victory that was plainly incited by Trump himself after months of undermining the integrity of U.S. elections — several former military leaders are speaking out in the strongest possible terms not just against the violence that occurred in Washington, but against Trump himself. Here’s what they had to say:

Today’s violent assault on our Capitol, an effort to subjugate American democracy by mob rule, was fomented by Mr. Trump. His use of the Presidency to destroy trust in our election and to poison our respect for fellow citizens has been enabled by pseudo political leaders whose names will live in infamy as profiles in cowardice. Our Constitution and our Republic will overcome this stain and We the People will come together again in our never-ending effort to form a more perfect Union, while Mr. Trump will deservedly be left a man without a country.

This is an outrageous assault on our democracy and a sad day for our Nation.  It’s time for all Americans and particularly our elected officials to put our Country first.  As many have said, we’re better than this. I believe our leaders who have continued to undermine a peaceful transition in accordance with our Constitution have set the conditions for today’s violence

This afternoon’s assault on the US Capitol was appalling and un-American. This is not how citizens of the world’s greatest and oldest democracy behave. The perpetrators who committed this illegal act were inspired by partisan misinformation and patently false claims about the election.  This must end now for the good of the republic.  I commend Congressional leaders for meeting tonight to complete their Constitutional task of counting the electoral college votes that will affirm Joe Biden as the next president of the United States. As this transition plays out over the next two weeks, I am confident the U.S. military will stay out of politics, and remain true to its sworn oath to support and defend the Constitution, and the American people, as the most trusted and respected institution in the country.

“What America looked like today.” Ugly. And how sad that we have to confront the fact we may be no better than countries we often criticize. But despite all of that we still can be. 535 members of the House and Senate can make that choice for us. Hopefully.

On Wednesday, a white racist and Trump supporter carried the odious Confederate flag triumphantly into the halls of the U.S. Congress, something not even the Confederate Army achieved amid the terrors of the Civil War. On the grounds of the sacred U.S. Capitol building, four Americans lost their lives and scores more were wounded. The building was vandalized, defiled, desecrated, and literally stained with the blood of those seeking to dismantle American democracy. All of this happened at the moment when the country’s elected representatives were fulfilling their duty to confirm the election of a new president. It was harrowing to watch.

After four years of seemingly unending outrages, it’s time. U.S. President Donald Trump must go, and the vice president must rescue the country’s democracy by leading the cabinet in invoking the 25th Amendment. After a long series of offenses—a list that would exceed the space available here—the culmination of Trump’s criminal attempts at election tampering and his incitement of insurrection on Wednesday lead us to the point of an unavoidable national reckoning.

Our adversaries will be dumbfounded with their good fortune seeing this insurrection — Russia and China will be actively thinking how can they extend it.

UNAMERICAN! My blood is literally boiling. We allowed this to happen in a slow boil. Meanwhile Nero fiddles…on Twitter. So sad for our country right now.

Trump “incited” a failed insurrection and is “not in a position to lead the next 14 days… I don’t think we’re done. Today was not it. We need to act in a preventive way to prevent more from happening.” Mullen added that Trump was “desperate” and “doing anything he can to hold onto power, to the point of what I consider grossly illegal actions today.”

The most important and subdued statement, however, came from Acting Defense Secretary Christopher Miller — and although he didn’t mention Trump by name, his explicit commitment to a “peaceful transition of power to President-elect Biden” was a direct rebuke of the commander-in-chief’s previous undermining of the election results:

Yesterday’s violence at the Capitol was reprehensible and contrary to the tenets of the United States Constitution. In the midst of this tragedy, I was proud of the professionalism of our Department of Defense personnel. I want to specifically recognize the service of the District of Columbia National Guard. They performed with honor, integrity, and alacrity to protect people and property from unlawful acts. Our Republic may have been disrupted yesterday, but the resolve of our legislators to conduct the people’s business did not waver. Due to their efforts, supported by local and federal law enforcement and the National Guard, the attempts of those who tried to stop our government from functioning failed. I strongly condemn these acts of violence against our democracy. I, and the people I lead in the Department of Defense, continue to perform our duties in accordance with our oath of office, and will execute the time-honored peaceful transition of power to President-elect Biden on January 20.