In an exclusive interview with USA Today, the head of the U.S. Secret Service says that more than 1,000 of... 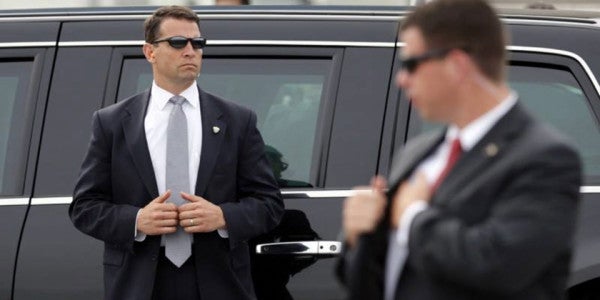 In an exclusive interview with USA Today, the head of the U.S. Secret Service says that more than 1,000 of its agents have already maxed out on their allowable earnings for 2017, thanks to President Donald Trump’s frequent stays at his own resorts and his extended family’s vacation and business trips.

At least 1,000 special agents — a third of the Secret Service’s complement — already hit their maximum allowable pay limits this year when their regular salaries and overtime compensation reached $160,000. In August. And even if Congress raises that ceiling, as has been discussed, at least a hundred USSS agents would still miss out on full overtime pay for the insane hours they’ve worked.

“The president has a large family, and our responsibility is required in law,'' Secret Service Director Randolph “Tex” Alles, a former Marine general, told the paper. “I can't change that. I have no flexibility.''

As a result, the Secret Service is not entirely sure how to carry out its mission for the rest of 2017 without additional funding. The revelation comes just before the United Nations’ general assembly opening in New York in September, an annual affair that requires the Secret Service to coordinate protective services for 150 national leaders from around the globe.

How did we get here? In seven months as president, Trump has taken seven extended trips to his Florida resort home, Mar-a-Lago; five trips to his New Jersey golf resort; and one trip to the Trump Tower in New York. All three properties now require a semi-permanent Secret Service infrastructure; when the Secret Service balked at the Trump Organization’s rent charges for space in Trump Tower last month, Trump’s protective service decided “it would be more cost effective and logistically practical for the Secret Service to lease space elsewhere.” (It’s not clear how much USSS was quoted for its Trump Tower space, but in April the DoD began paying $180,000 a month for a space in the building, making it one of the most expensive pieces of real estate in New York City.)

Those trips add up fast. “Always costly in manpower and equipment, the president's jaunts to Mar-a-Lago are estimated to cost at least $3 million each, based on a General Accounting Office estimate for similar travel by former President Obama,” USA Today reports. “The Secret Service has spent some $60,000 on golf cart rentals alone this year to protect Trump at both Mar-a-Lago and Bedminster.”

But there are other pressures beyond Trump’s getaways, too. Trump’s family and inner circle include 42 people who require protective details — a 35% jump in bodies that the agents had to cover under the Obama administration. The president’s sons Don Jr. and Eric travel frequently overseas to run the family business; the president’s oldest daughter Ivanka and son-in-law Jared travel frequently, including a recent vacation to Vermont and a ski trip to Aspen, Colo.; and the president’s younger daughter, Tiffany, recently vacationed in Germany and Hungary with her boyfriend. All the Trump children get 24/7 protection from the Secret Service.

Long work hours and hitting pay limits have long been fixtures of the Secret Service life, but the problem has become particularly acute in recent years, Alles told USA Today. Absent additional hiring and funding, the problem will only get worse.

Republicans and Democrats alike look receptive to a fix. Republican Rep. Trey Gowdy of South Carolina, chair of the House Government Oversight Committee, and Democrat Rep. Elijah Cummings of Maryland, the panel’s ranking member, have both said they’re working with Alles to get needed funding to the Secret Service.

“It is clear,” a spokeswoman for Cummings told the newspaper, “that the Secret Service's demands will continue to be higher than ever throughout the Trump administration.''