Double-Amputee Marine Veteran To Trump: I Am Not Your Political Prop

While President Donald Trump claims his war of words with the National Football League is driven by the “disrespect” he... 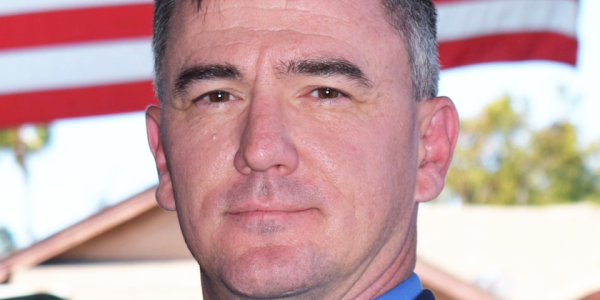 While President Donald Trump claims his war of words with the National Football League is driven by the “disrespect” he says is shown towards U.S. military personnel by athletes’ decision to kneel during the pre-game national anthem, a handful of service members and veterans don’t seem to appreciate being kicked around like political props by a commander-in-chief who never served himself.

Among them is retired Marine Staff Sgt. John Jones, a double-amputee Iraq War veteran and the development chief at the California-based Workshops for Warriors veterans’ advocacy group. A photo of Jones along with the caption “this BRAVE American would give to stand on his OWN two legs just ONCE MORE for our #Anthem” was retweeted by the president on Sept. 24.

But in a Sept. 26 interview with Talking Points Memo, Jones not only rebutted the idea that the silent protest conducted by pro athletes is somehow “unacceptable,” but was apparently “not enthused about being dragged into the politics” of the ridiculous national debate over standing for the national anthem.

“I went over there and I fought for the rights and freedoms of everybody to do whatever they wanted to do in a lawful manner,” Jones said. “So if the NFL as a whole wants to protest the flag and protest America, then so be it, that’s your right. Keep it peaceful, keep it respectful and I don’t care what you do.”

Jones, at the time a platoon seargent with Company C, 1st Battalion, 7th Marines, was critically injured in both legs after his convoy was struck by an anti-tank mine blast in Iraq on Jan. 3, 2005, according to the Department of Defense. Upon returning the United States, he learned that both legs would require amputation above the knee. In 2012, Jones told a group of retired Marines that his first thought after the incident was simple: “How am I going to stay in the Marine Corps?”

“My amputated side was my good side, I didn’t have any pain and it worked perfectly fine, so I elected to amputate the second one so I could potentially stay in,” Jones told the veterans at the Metroplex Marine Coordinating Council in Carrollton, Texas. “They told me I could, but I would be in a desk job and that wasn’t me. I kicked in doors for a living. I don’t sit back and watch people do what I’m supposed to be able to do.”

Jones' road to recovery and current work fighting for his fellow veterans is a remarkable story — one that the political zealots of Twitter didn't even bother to consider.

“So many people have taken that photo and never even contacted me, never found out who I was or anything, to say, ‘Hey can I utilize your photo for this?’” Jones told Talking Point Memo. “I don’t like being utilized in the whole political debate of whether you should stand or whether you should not stand.”

Jones’ comments came the day after Marie Tillman, the widow of NFL player turned Army Ranger Pat Tillman, objected to the use of her late husband’s image by the president (again, in a retweet) for political purposes.

“Pat’s service, along with that of every man and woman’s service, should never be politicized in a way that divides us,” she told CNN in a Sept. 25 statement. “The very action of self-expression and the freedom to speak from one’s heart — no matter those views — is what Pat and so many other Americans have given their lives for.”

As Task & Purpose’s Adam Linehan noted, the deployment of Tillman’s image, like Jones’, runs counter to the veteran’s actual views on the matter: A 2005 profile characterized Tillman as a “fiercely independent thinker” who loved “favorite” author Noam Chomsky, a current, outspoken critic of the Trump administration. As CNN’s Jake Tapper put it on Twitter, “no one who knows anything about Pat Tillman can credibly assert he would endorse” the tweet Trump passed on to his millions of followers.

Denying veterans their agency and the wisdom to speak for themselves in the name of “respect” and “loyalty” isn’t just rude, but extremely disrespectful. Let Sept. 26, 2017, mark that day that we don’t fetishize veterans to score points in an argument about standing for the national anthem, of all things. If you want to defend the honor and service of American military personnel, here’s a novel idea: Go ahead and let them speak for themselves individually.