I Called The New White House Veterans’ Complaint Line. Here’s How It Went

Yesterday, in his first “state of the VA” address, Veterans Affairs Secretary David Shulkin promised reporters that the White House’s... 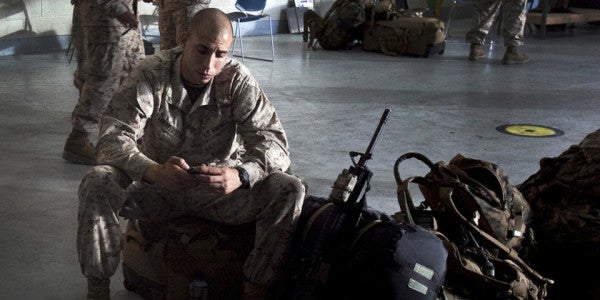 Yesterday, in his first “state of the VA” address, Veterans Affairs Secretary David Shulkin promised reporters that the White House’s planned veterans’ complaint hotline would be up and running June 1. Indeed, the number — 855-948-2311 — went live this morning, and as a journalist and Marine veteran, I figured I’d give it a ring.

I didn’t have any specific complaints to lodge — beyond the usual vet gripes — but was curious who might lurk on the other end of that line, what questions and concerns they might face, and how they’d prepared for the coming onslaught.

Having dealt with VA in the past, I expected a 15 to 20 minute wait, or longer, interrupted by a few dizzying leaps from extension to extension and some bad hold music, before finally reaching an overworked operator.

That didn’t happen. After about two minutes, I was speaking with Carlos Robinson, an Army veteran who’s worked at the VA for the last 17years, handling calls and assisting veterans with their claims. After forking over my first and last name, Social Security number, and period of service, I confessed that I wasn’t lodging a complaint. “I wanted to know who was on the other end of the line,” I said, “and why.”

But first, Robinson had to get through some basic talking points. The hotline, he said, was established by President Donald Trump to assist veterans with specific VA-related concerns. The VA reps on the other end of the phone were there to get vets answers to their questions and concerns within two weeks.

Once that spiel was out of the way, we just talked.

Robinson started out doing this kind of work at a VA center in Louisiana, manning its phones in the late ’90s. He’s spent a number of years as that first point of contact for vets and their families, and when he heard about the new hotline, he volunteered.

“I wanted to actively do something to show some results for veterans,” he told me.

Robinson said he and the other operators, half of whom are vets like him, had quite a few calls by the time I rang, around 10:30 a.m. EDT: Robinson had responded to a few complaints and at least one veteran who, well, he wasn’t described as being angry, but he was ready to speak his mind. Which is probably fair, considering it’s a complaint line.

Most of the calls had been specialized inquiries based on a veteran’s disabilities, or came from those who were interested in hearing more about specific VA programs available to them, Robinson said.

“I have a pretty good background for this, and it doesn’t hurt that I’m a veteran, also,” he said.

The hotline’s birth, VA Secretary Shulkin made clear yesterday, is a soft launch, and it cost roughly $190,000 to set up, according to Military Times. The line will be fully staffed with 24/7 live operators by mid-August, Shulkin said.

Before hanging up, I asked Robinson about the rumor that President Trump might pop in to take a call.

“I don’t think that has happened as of this morning,” Robinson chuckled, before adding, more seriously this time that “he can pop in, though.”