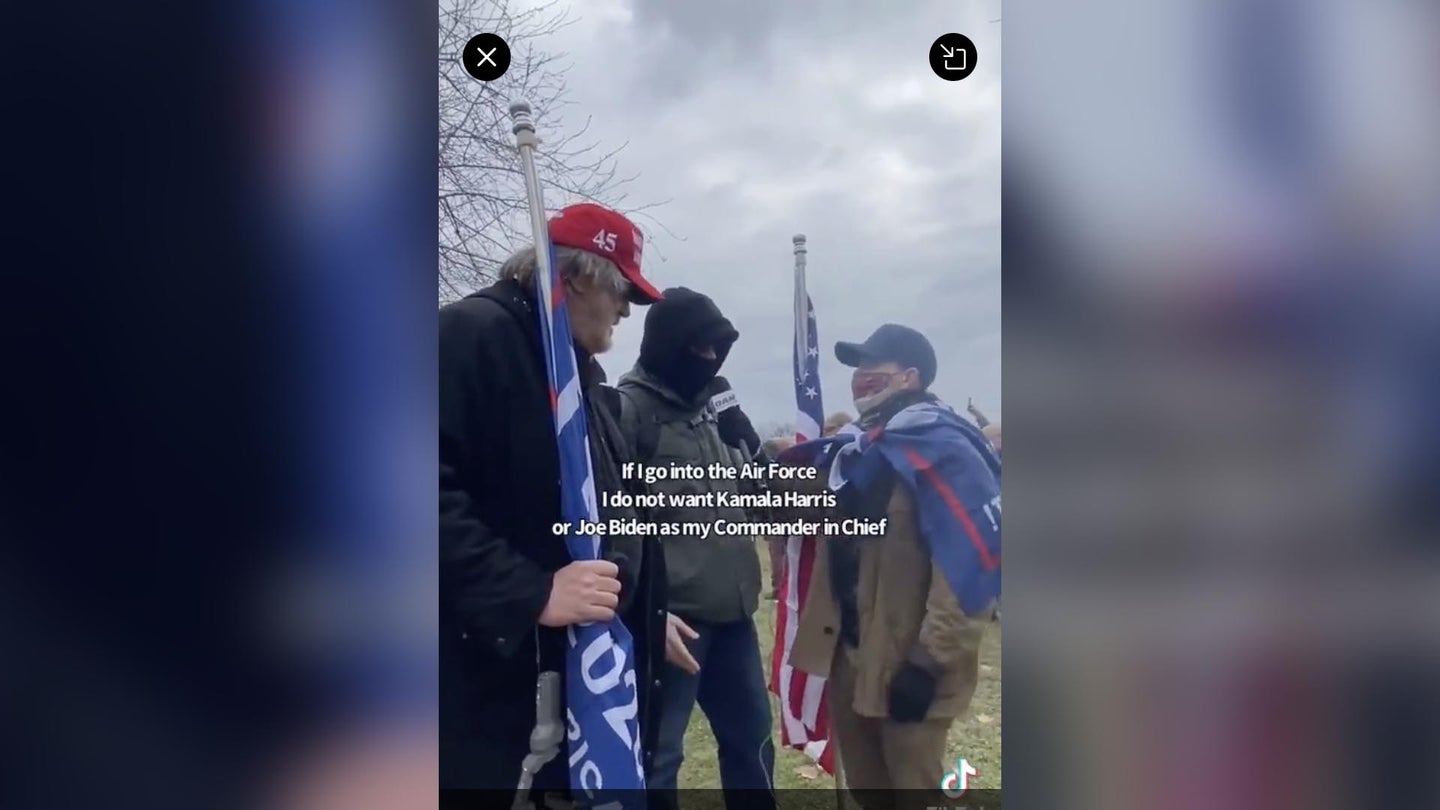 Military Twitter is abuzz now that video is circulating on social media showing a young man at the Jan. 6 pro-Trump rally saying he may not join the Air Force if President-elect Joe Biden takes office.

“If I go into the Air Force, I do not want Kamala Harris or Joe Biden as my commander in chief,” said the man, who identified himself as A.J. Brucker. His father, David Brucker, then added, “Hey, get us on the news, ok?”

The Air Force has no record that Brucker has tried to enlist, said Marilyn Holliday, a spokeswoman for Air Education and Training Command.

Brucker and his father were interviewed by actor and comedian Walter Masterson, who witnessed both the rally of Trump supporters and the assault on Capitol Hill that followed.

Masterson declined to provide any further information about Brucker when contacted by Task & Purpose on Monday. But he stressed that Brucker and his father had been indoctrinated by One America News Network, Newsmax, and Fox News, which he said had relentlessly pushed propaganda claiming the Democrats are Chinese communist collaborators.

Like many other Trump supporters, both Brucker and his father said they were big fans of OAN, said Masterson, who attended the Jan. 6 rally to shoot the type of comedy videos that Sacha Baron Cohen produces.

“This kid thinks that the Democratic Party is embedded with China, with the CCP [Chinese Communist Party],” Masterson said. “This is an example of a kid who grew up wanting to serve his country. He’s been dissuaded from it.”

At every Trump rally that he’s attended, Masterson has come across people spreading propaganda about the Democrats working with the Chinese communists, he said. These people also claim that the novel coronavirus (COVID-19) was created in a Chinese laboratory and then used as a biological weapon.

“The media have bolstered this narrative and this is the result: You have a kid who now thinks his country is the enemy,” Masterson said