Editor’s Note: This article by Matthew Cox originally appeared on Military.com, the premier source of information for the military and veteran community. An... 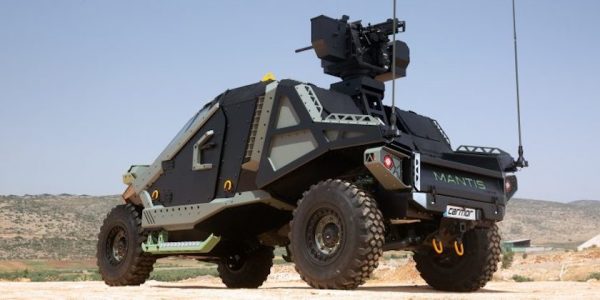 An Israel-based company will unveil its new line of highly mobile Mantis armored vehicles at Eurosatory 2018 in Paris.

The Mantis family of tactical armored vehicles will feature four variants that can be customized to seat three, five or eight passengers, according to a recent press release from Carmor Integrated Vehicle Solutions, which has been equipping the Israel Defense Force, NATO and United Nations forces with vehicles since 1947.

The Mantis vehicle concept differs from any other known vehicle on the market, according to the release. The driver of the vehicle is seated in a cockpit-like position, allowing for an enhanced field of vision and optimal control of the various digitally displayed systems in the cabin.

“The development of the Mantis Family answers the global demand for lightweight vehicles with improved capabilities in the field,” Eitan Zait, Carmor's CEO, said in the release. “These new vehicles provide a range of solutions and capabilities together with a unique ergonomic design that do not exist in any other lightweight armored vehicle.”

Carmor will show off the new Mantis line of vehicles at Eurosatory June 11-15.

The Mantis vehicles will be equipped with “multi-layered protection” against kinetic, blast, and nuclear, biological and chemical threats, the release states. They also will include dynamic thermal and visible camouflage options.

The new family of vehicles can be upgraded with night vision and surveillance systems and provide options for mounting foldable weapon station systems, missile launchers, mortar and turrets, the release states.

“Due to their lightweight design and superb ergonomics, the vehicles deliver a combination of survivability, agility and lethality, presenting optimum automotive performance and multi-mission readiness for any field requirements,” according to the release.

This story originally appeared on Miltary.com