This thing is the shit. 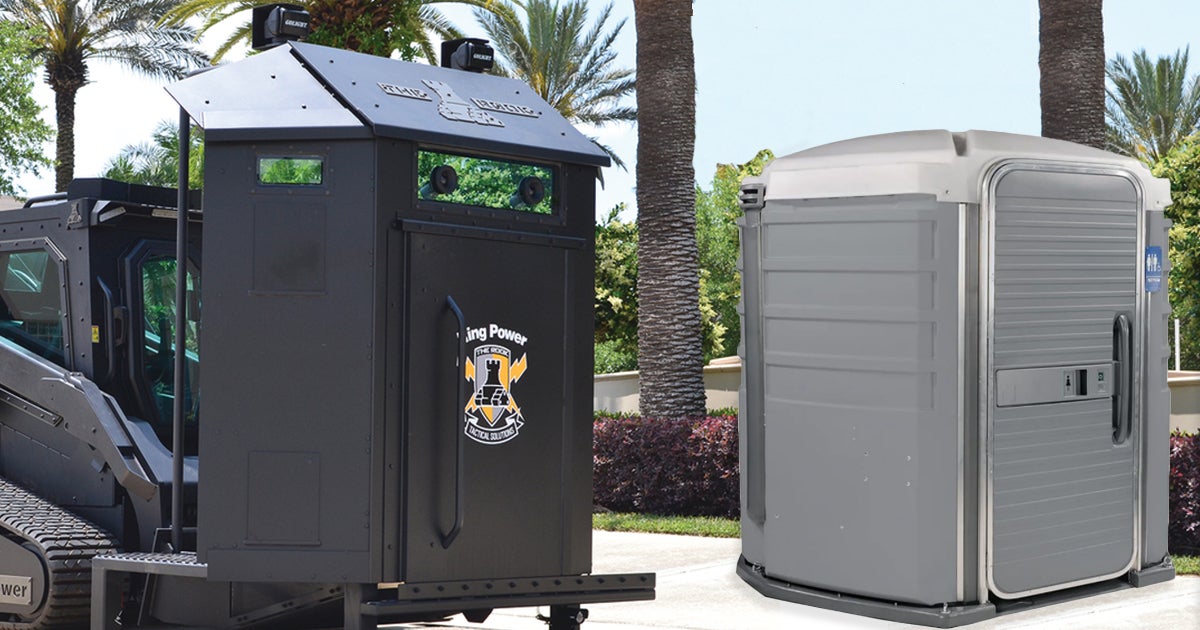 Florida cops will soon get their hands on ‘The Rook,’ a bulletproof bulldozer that looks like it’s carrying an armored port-a-john filled with SWAT operators.

The Tallahassee Police Department should acquire the new vehicle sometime early next year for a cool $325,000 along with a Ford F-550 truck to tow it and new 9mm handguns for the entire force, The Tallahassee Democrat reported on Thursday.

HAPPENING NOW: @TallyPD is asking for new handguns plus approval of a new vehicle called The Rook. Here’s what the one Apache’s County uses looks like. pic.twitter.com/8yCs5W9X4r

So what is the Rook? It’s a custom “armored critical incident vehicle” built on the chassis of a CAT Bulldozer, according to manufacturer Ring Power.

The Rook can also be outfitted with a grapple claw to remove fortified doors or debris from natural disasters, or a vehicle extraction tool for moving (or destroying) vehicles. But that’s not all it’ll be used for, according to the police chief.

“This one certainly has a reasonable purpose for hurricanes and other types of things,” Police Chief Lawrence Revell told city leaders. “It has a forklift on it where you can pick up a car in the road, stranded. You can move trees. There’s unlimited potential for this vehicle, and it’s not just tactical. Yes, there’s a component, but please understand it has multiple uses and will be used throughout our region.”

More than two dozen police departments across the country have purchased one of the Rook vehicles, according to Business Insider. Here’s a video of what it can do:

Essentially, TPD believes it can use the Rook to keep SWAT officers safely behind armor as a bulldozer operator sitting behind bulletproof glass drives into a criminal’s house and takes down a wall.

Unfortunately, the vehicle also brings to mind the Second Battle of Fallujah in Iraq and the Marine-driven CAT D9 bulldozers infamously used to knock down compound walls and buildings with insurgents inside.

“Why do they need that? Is this what our police force needs to look like?” asked City Commissioner Jeremy Matlow, The Tallahassee Democrat reported, airing complaints from the community about the “militarization of police.”

Indeed, the Pentagon has funneled more than $7 billion in military gear to nearly 8,000 law enforcement agencies across the United States since 1990 — including more than 2,800 Humvees and 1,100 Mine-Resistant Ambush Protected vehicles — despite police forces across the country seeing little need for them.

In the case of this latest equipment acquisition, however, TPD used money from state and federal law enforcement trust funds to pay for it. Of course, that the vehicle was not provided by the Defense Department says nothing of the “warrior cop” mindset percolating among some police officers, as journalist Radley Balko has extensively documented for more than a decade.

“When you’re driving this massive sort of hulking vehicle through your town, it makes police officers sort of feel like soldiers or an occupying force,” Balko told NPR in July. “And for the people, you know, in the community, the police look like an occupying force. And it creates a lot of tension and I think unnecessary animosity between police and the people they’re supposed to be serving.”

And there’s little evidence MRAPs, Humvees, or perhaps even The Rook is worth the cost to maintain, as Hayes Brown points out at MSNBC. But the equipment may actually encourage police officers to act more recklessly: “It’s been a debate for over half a decade now, revived more recently after images of armored vehicles built for wars confronting protestors in Ferguson, Missouri, were beamed around the world in 2014.”

Who knows: Perhaps The Rook will end up saving a police officer’s life during some firefight or armed standoff in the future. But as we’ve seen with the MRAP and others, you can make a safe bet on its use elsewhere.