Mark Esper said he never went on stage in praise of Trump. Here are three times he did 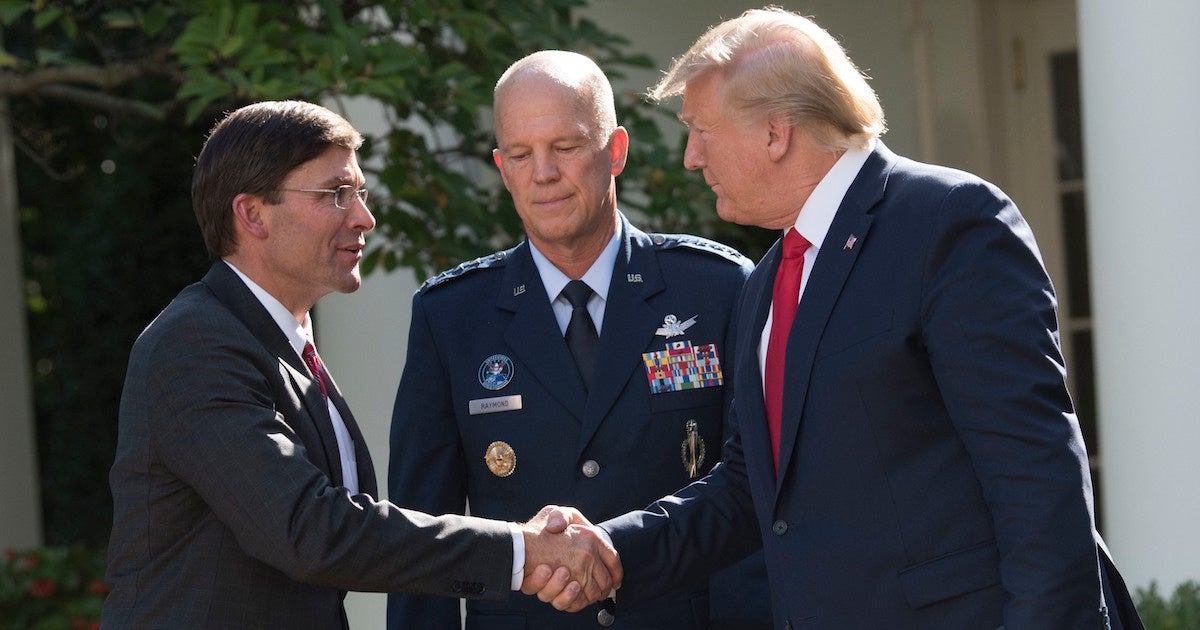 Now-former Defense Secretary Mark Esper has claimed in a new interview that no cabinet secretary pushed back against President Donald Trump as much as he has.

While the relationship between Esper and commander-in-chief — who tweeted that he’d “terminated” Esper on Monday — has been no walk in the park these last several months, part of Esper’s claim doesn’t exactly hold up.

In an exclusive interview with Military Times published on Monday, Esper decried the nickname of ‘Mark Yesper’ he’d received for “seemingly acquiescing or remaining silent over the president’s kneejerk moves,” as NPR put it.

Trump brought that nickname to the mainstream in August this year during a press conference.

This has shades of 2018 to it, when we watched Trump publicly undermine Mattis ahead of his resignation. https://t.co/NEvlHzMwaq

Two defense officials recently told NBC News that Esper was concerned about his reputation after his time in the administration, with one stating that “he cares about his legacy and prefers to be remembered as someone who was fired because he stood up to the president, rather than being remembered as ‘Yesper.'”

In the Military Times interview, Esper finally confronted the nickname himself, claiming that he never took to a stage to praise Trump’s leadership.

“My frustration is I sit here and say, ‘Hm, 18 Cabinet members. Who’s pushed back more than anybody?’ Name another Cabinet secretary that’s pushed back,” Esper told Military Times. “Have you seen me on stage saying, ‘Under the exceptional leadership of blah-blah-blah, we have blah-blah-blah-blah?'”

The answer to that question is yes.

To be clear, it’s not unusual that a political appointee would thank the president they’re serving under or credit their leadership. And the relationship between Esper and Trump has clearly not been all sunshine and roses, hence today’s news.

But the idea that Esper never attributed accomplishments to President Trump is simply not true.

On July 25, 2019, Esper thanked the president for his support of the troops while welcoming him to the Pentagon.

On March 28, 2020, at a send-off ceremony for the USNS Comfort, which was leaving for New York City to assist with the novel coronavirus (COVID-19) pandemic, Esper thanked the president for his leadership against the virus.

On May 15, 2020, Esper again thanked President Trump for his leadership in the fight against COVID-19, while speaking from the White Houses.

.@EsperDOD: "We will deliver, by the end of this year, a vaccine at scale to treat the American people and our partners abroad." pic.twitter.com/AvQUFW1QzO

Again, there’s nothing inherently strange about a sitting cabinet secretary speaking positively of the president who appointed them. But pretending it never happened after the fact, out of apparent anxiety over your reputation — well, this ain’t it, chief.