For his part, Miller took it all in stride. 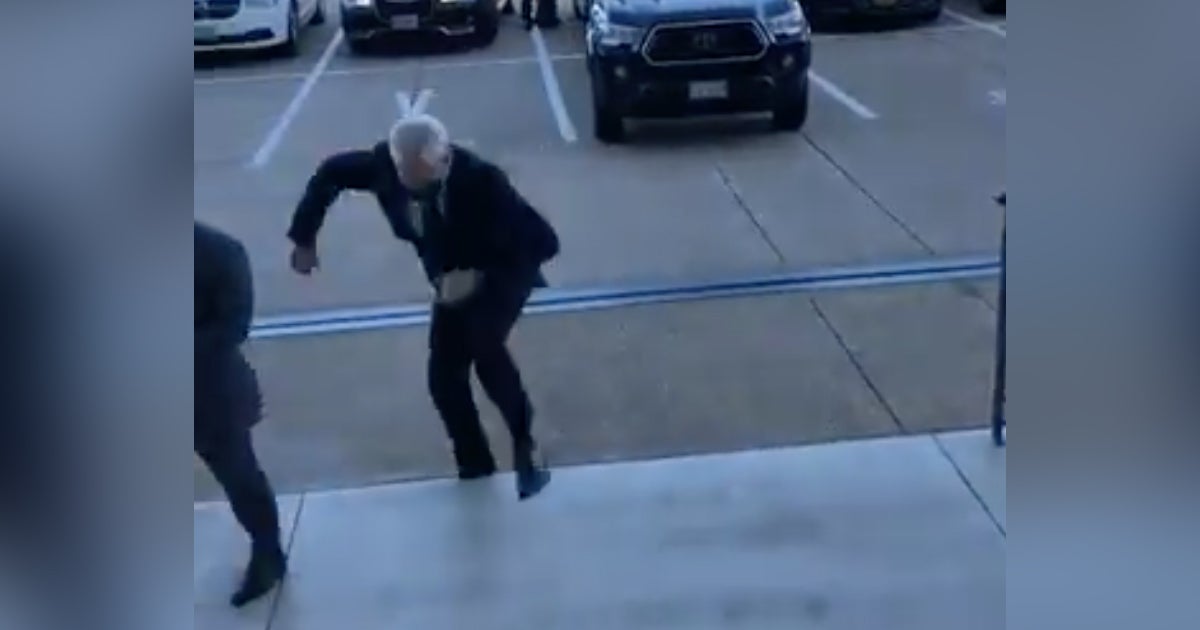 The new acting Secretary of Defense came pretty close to eating shit while walking into the Pentagon on his first day of the job.

Acting Defense Secretary Chris Miller made his way into the Pentagon on Monday soon after President Trump unceremoniously fired Defense Secretary Mark Esper over Twitter. But as Miller, 55, ascended the steps, he came extremely close to falling on his face.

It shows him tripping as he walks up the steps to the Pentagon — and then removing his mask as he strides indoors… pic.twitter.com/ofkoRGzjZJ

Which, needless to say, would have been pretty embarrassing.

For his part, Miller took it all in stride: “That would’ve been great! Broke my ankle on the way in,” he said, lending new meaning to the phrase ‘break a leg.’

Miller was unexpectedly elevated to the top of the Pentagon food chain on Monday by Trump, who called him the “highly respected” director of the National Counterterrorism Center, where Miller had served since August. Before that, he was serving as an assistant defense secretary for special operations.

A retired Special Forces soldier, Miller first joined the U.S. Army as an infantryman in 1983 and became an officer in 1987, according to an official biography. Miller first donned the green beret in 1993 and went into Afghanistan in 2001 and Iraq in 2003 with the 5th Special Forces Group (Airborne).

And you just know they are laughing their asses off at Fort Campbell right now.

Related: Special Forces needs to go back to basics to win against China and Russia