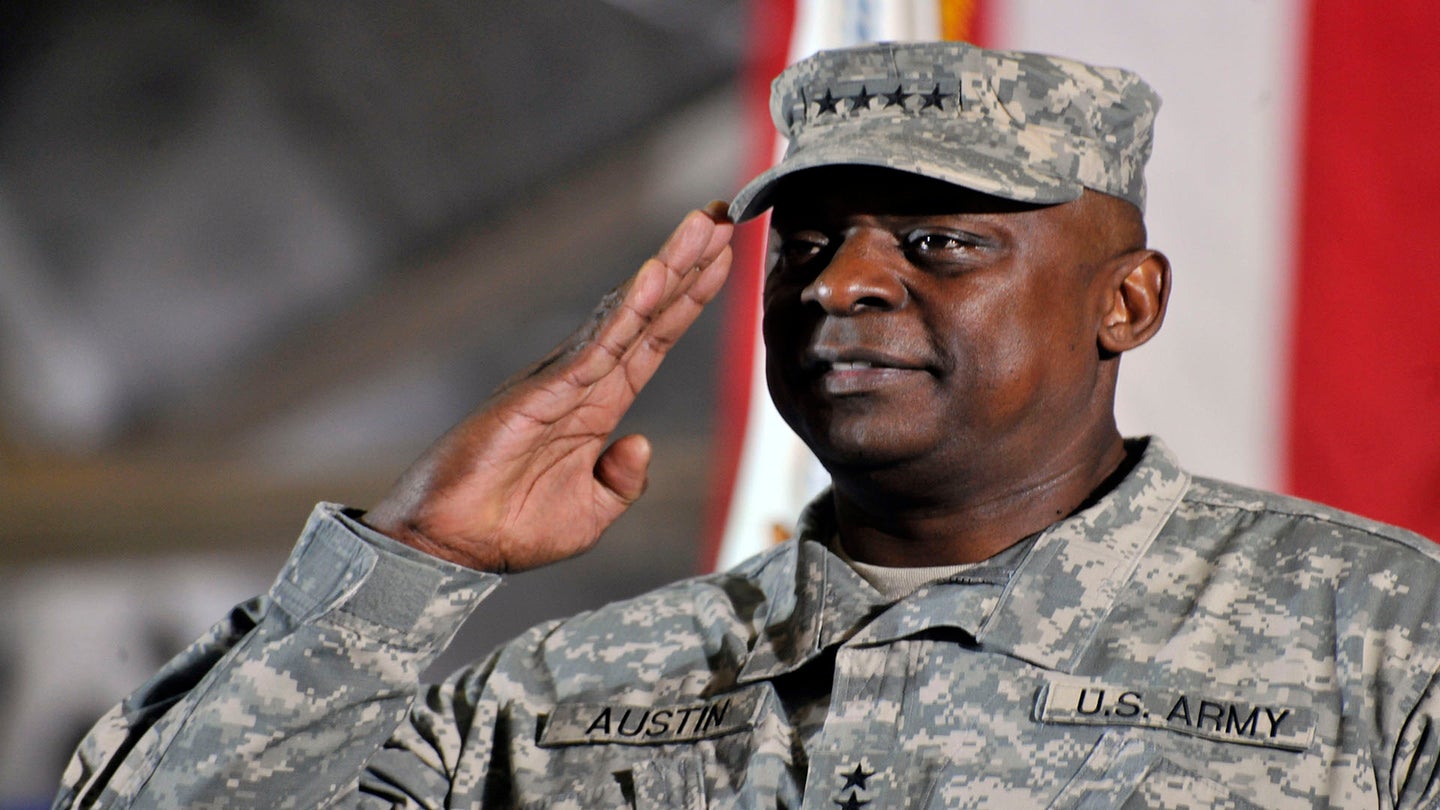 Once again, lawmakers must decide whether to allow a retired general officer to serve as defense secretary even though he has been out of uniform for less time than the seven years required by law.

Retired Army Gen. Lloyd Austin left active-duty in 2016 after 41 years of service. He is a Silver Star recipient and has had extensive command experience. If confirmed by the Senate, he would also be the first Black man to lead the Defense Department.

This is the second time in four years that Congress has been asked to grant a waiver to a law that prevents commissioned officers from becoming defense secretary unless they have been retired for at least seven years. Retired Marine Gen. James Mattis was granted such a waiver in January 2017. At the time, Mattis was only the second officer since 1950 to receive an exception to the law.

In order to be confirmed as defense secretary, Austin will have to overcome the concerns of more than a few lawmakers, who are worried that having another recently retired general leading the Pentagon could erode civilian control over the military.

“Choosing another recently retired general to serve in a role that is designed for a civilian just feels off,” Rep. Elissa Slotkin (D-Mich.), said in a statement on Tuesday.

Slotkin, a former CIA analyst who worked with Austin when he was on active-duty, said she has deep respect for the retired general.

However, the defense secretary’s job is to ensure civilian control over the military, added Slotkin, who served as acting Assistant Secretary of Defense for International Security Affairs from 2015 to 2017.

“That is why it requires a waiver from the House and Senate to put a recently retired military officer in the job,” Slotkin said in the statement. “And after the last four years, civil-military relations at the Pentagon definitely need to be rebalanced. General Austin has had an incredible career — but I’ll need to understand what he and the Biden Administration plan to do to address these concerns before I can vote for his waiver.”

Axios reporters Hans Nichols, Alayna Treene have revealed on Thursday that Austin may need more Republicans on the Senate Armed Services Committee to vote in favor of granting him a waiver due to opposition from four prominent Democrats on the committee, including  Sen. Elizabeth Warren (D-Mass.)

Warren recently told reporters that she has great respect for Austin, but will oppose granting him a waiver for the same reason she voted against doing so for Mattis four years ago.

Sen. Tammy Duckworth (D-Ill.), who is also a member of the Senate Armed Services Committee, has also objected to making another exception for Austin, but said she intends to support his nomination anyway.

On Wednesday, Duckworth told MSNBC’s Andrea Mitchell that she will not vote to waive the seven-year requirement for Austin because she believes Congress is moving the goal posts to the point where officers will be able to go straight from being on active duty to serving as defense secretary.

“That’s only appropriate in places where there are military juntas,” said Duckworth, a retired Army lieutenant colonel who lost both of her legs when her helicopter was shot down in Iraq in 2004. “America is not one of those nations.”

However, she was quick to add that she believes Austin will ultimately get the necessary waiver because he has enough votes in Congress.

Once that happens, Duckworth plans to vote in favor of confirming Austin as defense secretary, she said.

“I expect that the process will be very smooth – and I’ve actually offered to help him go through that process myself, as I do think he is an excellent officer,” Duckworth said.

Still, at least one Republican on the Senate Armed Services Committee has voiced concern about allowing Austin to serve as defense secretary even though he has only been retired for about four years.

Sen Tom Cotton (R-Ark.), who deployed to Iraq as an Army officer in the 101st Airborne Division, told Fox & Friends on Wednesday that he has deep reservations about Congress issuing a waiver for Austin only four years after it did the same thing for Mattis.

“I can tell you that senators across the spectrum – from liberal Democrats to conservative Republicans – are opposed to doing that again,” Cotton said. “I suspect that many senators believe that while Gen. Austin has served our country with distinction and he might be a suitable nomination for many other cabinet positions, that it is time to restore proper civil-military balance to the Pentagon – and granting another waiver might put that at risk.”

Recognizing that several members of Congress may have reservations about confirming yet another retired general as defense secretary, President-elect Joe Biden described Austin on Wednesday as a man who respects the Constitution and will carry out the orders of civilian leaders.

Biden added that he understands and respects the reason why officers are legally required to be out of uniform for a certain period of time before assuming the mantle of defense secretary.

“I would not be asking for this exception if I did not believe this moment in our history didn’t call for it – it does call for it – and if I didn’t have the faith I have in Lloyd Austin to ask for it,” Biden said.