Congress is poised to defy Trump over Confederate base names 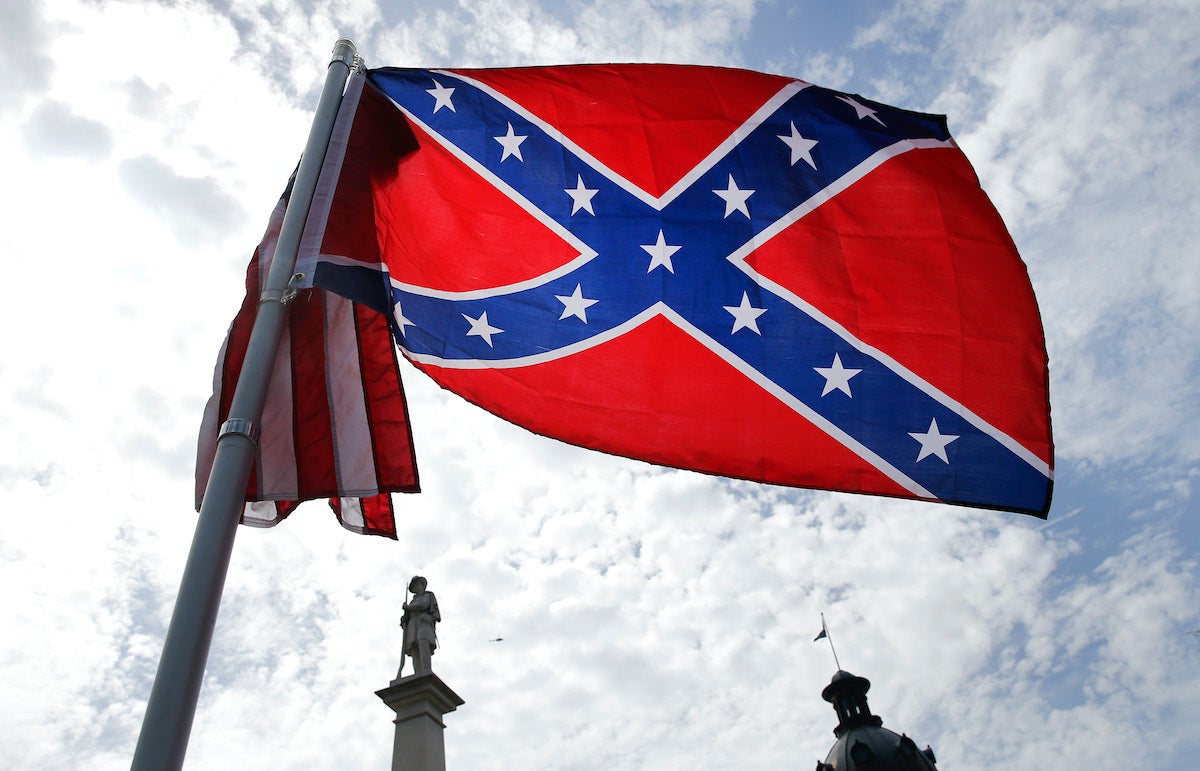 Congress is poised to pass a massive defense policy bill that would require the Defense Department to rename all military bases currently named for Confederate leaders despite an apparent threat by President Donald Trump to veto the legislation.

Negotiators from the Senate and House of Representatives have agreed on a final version of the Fiscal 2021 National Defense Authorization Act, which includes an amendment by Sen. Elizabeth Warren (D-Mass.) that would establish a commission to rename all bases, ships, streets, and any other Defense Department assets currently named for Confederates within three years.

Both the House and Senate must pass the bill before it goes to the White House. Trump has reportedly told lawmakers that he would veto the defense policy bill if it mandated that the names of bases that honor Confederate leaders be changed.

The coming showdown between Trump and Congress could be the climax of a massive tug of war that began in February, when Marine Corps Commandant Gen. David Berger announced that he was banning all Confederate symbols, including the Confederate battle flag, from Marine Corps installations.

Following the death of George Floyd at the hands of Minneapolis police officers in May, other military branches and the Defense Department as a whole began to take a hard look at why the military continues to honor Confederate leaders.

In June, Chief of Naval Operations Adm. Michael Gilday told his staff to begin working on an order that would ban Confederate symbols in public spaces and work areas. That same month, Army Secretary Ryan McCarthy indicated that he was open to renaming the 10 Army bases that bear the names of Confederates.

Then Trump tweeted on June 10 that he would not allow the names of any of those bases to be changed.

“The United States of America trained and deployed our HEROES on these Hallowed Grounds, and won two World Wars,” Trump tweeted. “Therefore, my Administration will not even consider the renaming of these Magnificent and Fabled Military Installations.”

Now that Congress has defied Trump, it is unclear what the president intends to do. On Tuesday, he threatened to veto the National Defense Authorization Act over a completely unrelated matter: A federal law that protects tech companies from being sued over the content that users post.

On Wednesday, White House spokeswoman Kayleigh McEnany told reporters that Trump still opposes Warren’s amendment but she did not know if his position on the issue had changed in light of his recent tweet about tech companies.

In addition to Warren’s amendment, Rep. Anthony Brown (D-Md.) had co-authored a similar provision that would have given the Defense Department one year to rename all bases that honor Confederates.

“We cannot ask today’s young servicewomen and men to defend our nation, while housing and training them and their families on bases honoring those who betrayed our country in order to enslave others.,” Brown said in a statement on Wednesday.

“The symbols and individuals that our military honors matter to troop morale and readiness. America’s proudest achievements are defined by men and women who expanded the promise of freedom. That’s the history and those are the people we should honor. This is a hard fought victory for our brave service members and for a more equitable and just military.”