It's the first time Congress has reversed Trump's veto 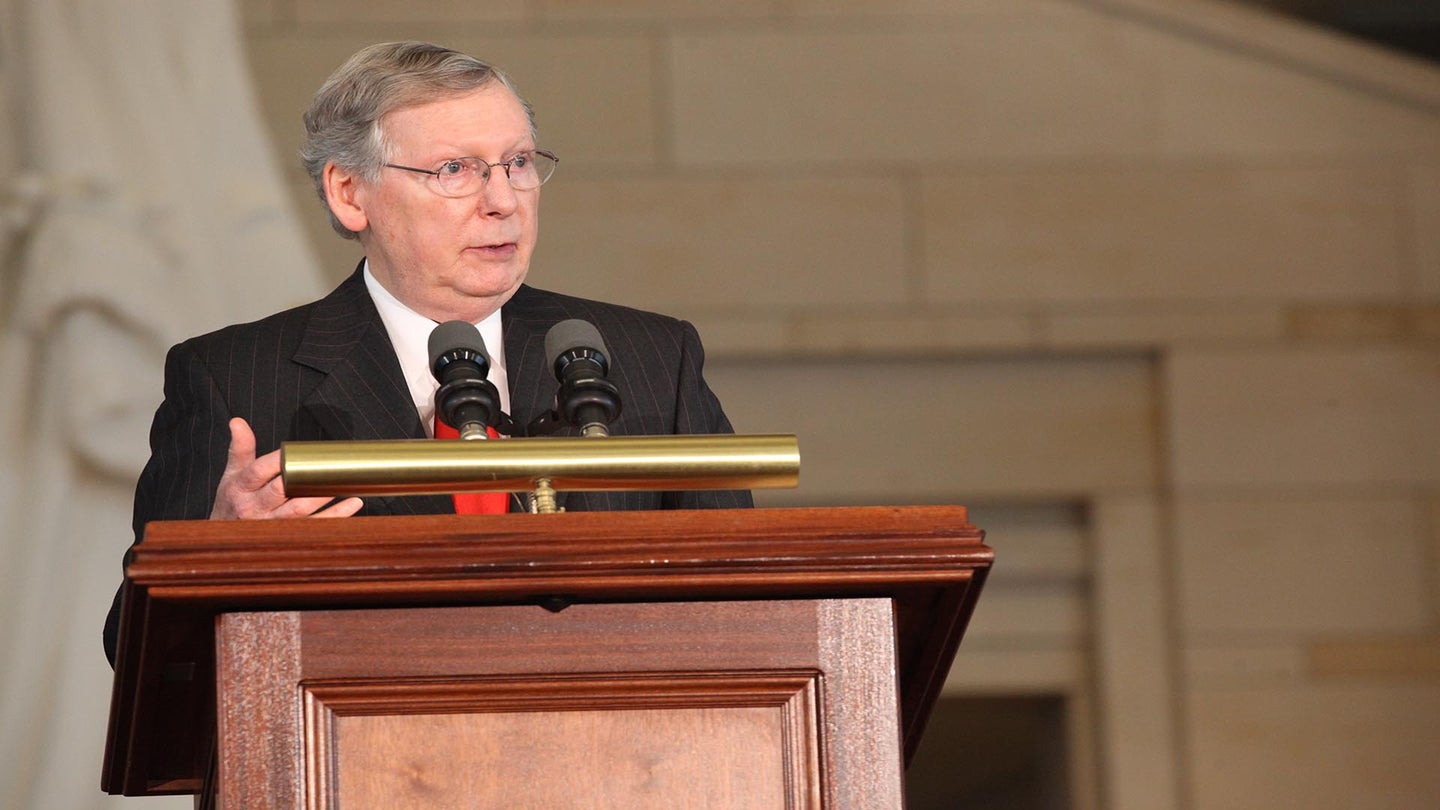 Congress has defied outgoing President Donald Trump by overriding his veto on the defense policy bill, which authorizes a variety of special pays for service members.

On Friday, the Senate voted 81 to 13 to pass the Fiscal 2021 National Defense Authorization Act over Trump’s veto, following the House, which overrode Trump’s veto on Monday with a vote of 322 to 87.

Trump announced on Dec. 23 that he had vetoed the National Defense Authorization Act, which needs to be passed by Congress so that troops can receive re-enlistment bonuses, hazardous duty pay, and other special pay.

Trump had objected to the defense policy bill for many reasons, including a provision that creates a commission to rename all military bases, ships, and other Defense Department assets currently named for Confederates over the next three years.

“From these facilities, we have won two World Wars,” Trump wrote in a Dec. 23 message to Congress, explaining his veto of the National Defense Authorization Act. “I have been clear in my opposition to politically motivated attempts like this to wash away history and to dishonor the immense progress our country has fought for in realizing our founding principles.”

Now that both Republicans and Democrats have overridden the president’s veto, the most recent budget cycle is complete. Trump has already signed an omnibus spending bill that provides the Pentagon with roughly $705 billion in fiscal 2021.

With president-elect Joe Biden set to be sworn in on Jan. 20, the passage of the National Defense Authorization Act is likely to be the end of the increase in defense spending, which has been a major priority for the Trump administration.

Under Trump’s tenure, the Pentagon’s budget has grown from about $582 billion to more than $700 billion per year.

Biden has said the Defense Department needs to change how it spends money, but he has not specified which weapons systems the U.S. military may no longer need.

“We have to be able to innovate and reimagine our defenses against growing threats in new realms like cyberspace,” Biden told reporters on Monday. “We are still learning about the extent of the SolarWinds hack and the vulnerabilities that have been exposed.”