Fort Alwyn Cashe has a nice ring to it 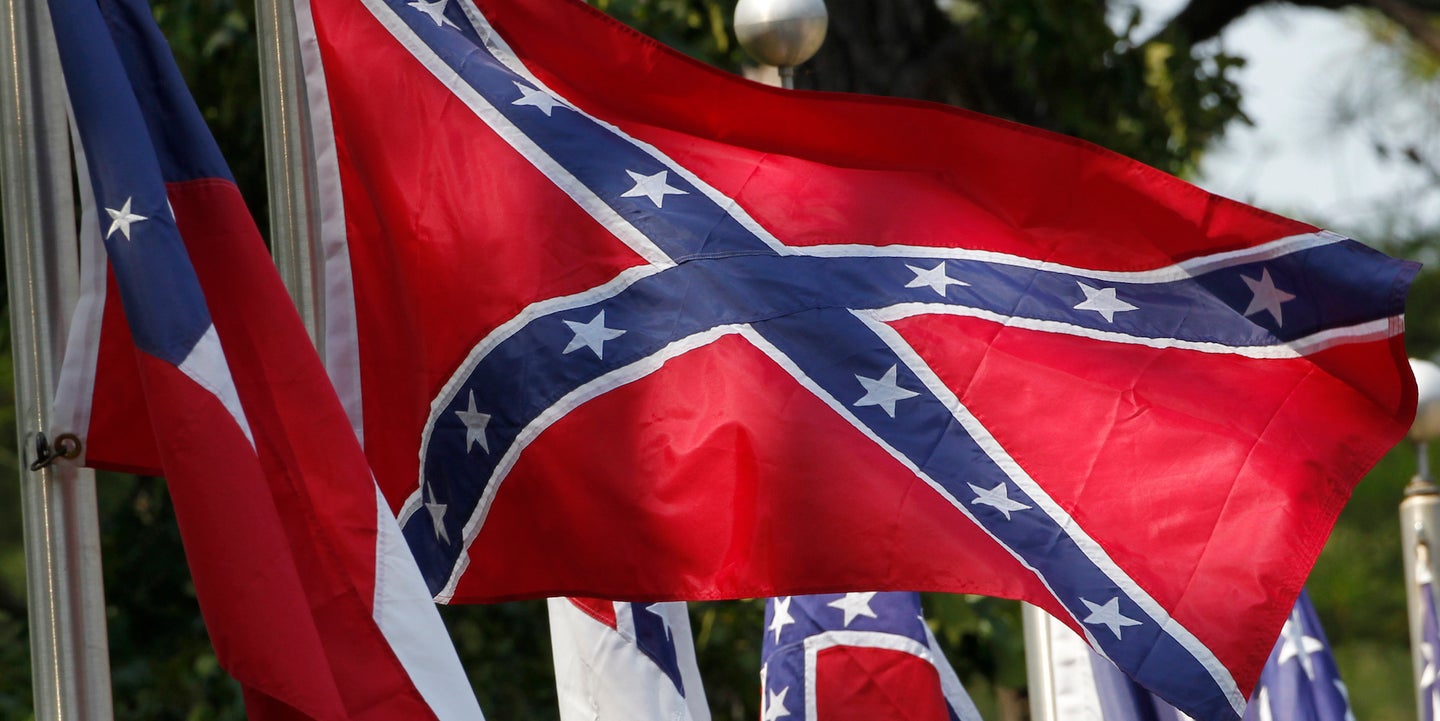 The U.S. military now has a path forward on how to change the names of military bases that currently honor Confederate leaders.

Congress and Defense Secretary Lloyd Austin have both selected an eight-member commission that has until October 2022 to provide lawmakers with recommendations on how to rename bases, ships, schools, and any other Defense Department assets that have been named for people who voluntarily served with the Confederate States of America, officials announced on Friday.

The defense secretary has until Jan. 1, 2024, to implement the commission’s plan, a House Armed Services Committee news release says.“I look forward to seeing the results of the commission’s work in the months ahead,” Austin said on Friday.

“It’s disgraceful that we have military installations named for American citizens who fought against our government and to maintain a system of keeping people in bondage,” Schake told Task & Purpose. “We’re long overdue to correct those mistakes, and it’ll be such a joy to consider all the wonderful Americans we could be celebrating in their stead.”

The Army is expected to bear the most scrutiny from the group because 10 of its installations bear the names of Confederates, including Fort Bragg, North Carolina, which is home to both the 82nd Airborne Division and U.S. Army Special Operations Command; Fort Hood, Texas, the headquarters of III Corps and the 1st Cavalry Division; as well as Fort Benning, Georgia, site of the Basic Airborne Course and the first phase of Ranger School and where the 3rd Battalion, 75th Ranger Regiment is based.

While a 2017 Army study found that the service had the authority to rename bases that currently honor Confederates, the issue has been so politically divisive that former President Donald Trump became personally involved when he announced last year that he opposed any effort to rename the bases.

In fact, when Congress included a provision in the latest National Defense Authorization Act that created the eight-person commission, he vetoed the bill.

“My administration respects the legacy of the millions of American servicemen and women who have served with honor at these military bases, and who, from these locations, have fought, bled, and died for their country,” Trump wrote in a Dec. 23 message to Congress. “From these facilities, we have won two World Wars. I have been clear in my opposition to politically motivated attempts like this to wash away history and to dishonor the immense progress our country has fought for in realizing our founding principles.”

Congress eventually passed the defense policy bill over Trump’s veto. Under the law, the commision will come up with a plan to change the names of all Defense Department assets that honor Confederates within the next three years.

Lawmakers have directed the commission to determine the costs involved in renaming the bases and other Defense Department assets in question, according to the House Armed Services Committee. Grave markers will be exempt from the effort but monuments won’t be.

The commission is mandated by Congress to hold its first meeting within 60 days and brief lawmakers by October on its progress.

By Oct. 1, 2022, the commission must present Congress with a written report that includes a comprehensive list of all the Defense Department assets that will be renamed, the costs involved in changing or removing those names, the criteria for selecting new names, and how to take into account “local sensitivities” involved with changing or removing the names of assets that honor Confederates.

Congress has allocated $2 million for this effort.

In July, Army Gen. Mark Milley, chairman of the Joint Chiefs of Staff, acknowledged to lawmakers that the 10 Confederates for whom the Army bases are named had engaged in treason and “turned their backs on their oath.”

“For those young soldiers that go on to a base – a Fort Hood or a Fort Bragg or a fort whatever named after a Confederate general – they can be reminded that that general fought for an institution of slavery that may have enslaved one of their ancestors,” Milley told the House Armed Services Committee at the time.