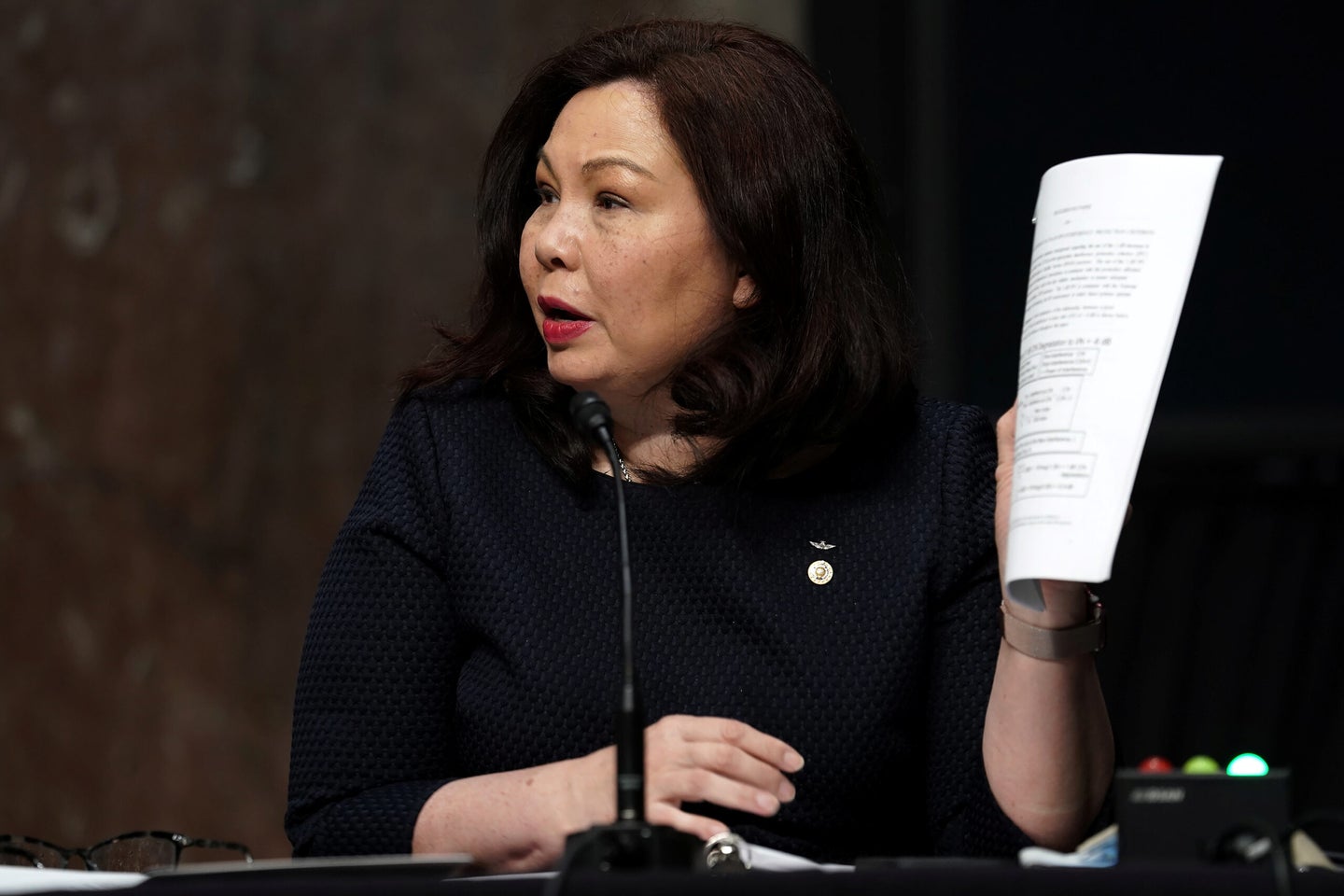 Sen. Tammy Duckworth (D-Ill.) is calling on Acting Secretary of Defense Christopher Miller to investigate active-duty and retired service members who stormed the U.S. Capitol building last week and hold them accountable under the Uniform Code of Military Justice.

Duckworth, a retired Army lieutenant colonel, wrote in a letter to Miller that service members and veterans who joined in the riot betrayed their oaths by participating “in a seditious conspiracy that used force” to oppose the authority of the United States, sought to prevent or hinder the execution of the Electoral Count Act, and unlawfully seized property of the United States. For the sake of good order and discipline, she wrote, those service members must be investigated and punished if found guilty, Duckworth argued.

“Upholding good order and discipline demands that the U.S. Armed Forces root out extremists that infiltrate the military and threaten our national security,” she said.

Duckworth’s letter comes the same day the Army announced it was investigating a special operations officer, Capt. Emily Rainey, who reportedly led 100 North Carolinians to Washington D.C. last week to attend protests. One day prior, retired Air Force Lt. Col. Larry Rendell Brock was arrested by the FBI on charges of violent entry and disorderly conduct on Capitol Grounds, along with entering or remaining in a restricted building or grounds without lawful authority.

Brock was among a number of pro-Trump rioters who stormed the Capitol building last week in an effort to disrupt the counting of Electoral College votes to validate President-Elect Joe Biden’s victory over Trump in the November presidential election.

Now it’s up to Miller to make sure any other veterans and service members who participated be brought to justice, Duckworth argued. The senator urged the Pentagon to direct the military’s criminal investigative agencies to cooperate with the FBI and the U.S. Capitol Police in investigating whether members of the armed forces, retired members of a regular component of the armed forces, or members of the fleet reserve or fleet Marine Corps Reserve participated in the insurrection. Some of those retired individuals still fall under the UCMJ and must be held accountable, Duckworth said.

“You know as an officer we can bring you back into service to charge you,” the Marine veteran said, about Brock. “Hahahah love being on the Armed Services Committee.”

A military legal expert said it is unclear whether service members could be reprimanded for merely showing up to the rally. However, he warned that “all rally-goers need to be prepared for adverse action regardless of their level of participation.”

“I expect, given the publicity of the events, there will be consequences for many of the participants, even absent clear proof of a criminal act,” wrote former Army judge advocate Joshua Grubaugh in a blog on Monday. “So there will be litigation on this issue, with no clear resolution for a few years.”

That litigation is key for the integrity of the armed forces, Duckworth argued.

“Our Nation must demonstrate resolve and resilience in bringing the neo-Nazis, white supremacists and conspiracy theorists who formed this mob to justice,” the Senator said in a statement, in part because to not do so “would be a disgraceful insult to the vast majority of service members who honorably serve our Nation in accordance with the core values of their respective Services.”

Featured Image: Senator Tammy Duckworth (D-IL) attends the Senate Armed Services Committee hearing on the Department of Defense Spectrum Policy and the Impact of the Federal Communications Commission’s Ligado Decision on National Security during the coronavirus disease ( COVID-19) pandemic on Capitol Hill in Washington, U.S. May 6, 2020. Greg Nash/Pool via REUTERS