A 62-year-old Army veteran who saved two teenagers from a vicious assault in Denver, Colorado, and was then killed by... 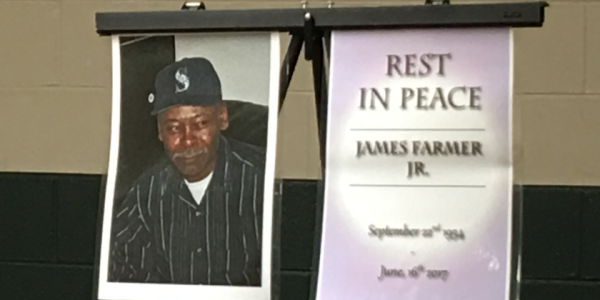 A 62-year-old Army veteran who saved two teenagers from a vicious assault in Denver, Colorado, and was then killed by the assailant is being hailed a hero, CNN reports.

James Farmer Jr. was asleep in his car on the morning of June 16 when he woke up to 28-year-old Dejuan Stamps, a homeless man, attacking the two teens. Police believe it was a random attack.

“He surely would’ve died had [Farmer] not intervened,” said the father of one of the teens, 18-year-old Aidan Brown, whom Stamps had beaten unconscious before Farmer stepped in.

Farmer, who was in between jobs and living out of his Saab at the time of the incident, drew Stamps’ attention away from the teens. Stamps then turned on Farmer and beat him to death.

When police arrived on the scene they saw Stamps standing over Farmer “continually striking the victim in the chest with force.” Stamps proceeded to charged the officers and injured one before he was subdued, according to CNN.

Farmer, a grandfather of five who was planning to soon rejoin his family in Seattle, died on the scene and an autopsy confirmed that he died from blunt force trauma. Both teenagers were treated for injuries in a Denver hospital.

“He took an oath when he joined the United States Army and promised never to leave a man behind,” a family member told CNN affiliate KDVR. “He heard someone in need and risked his life to save lives of those teenagers.”

The incident occurred near the St. Francis Center, a homeless shelter in downtown Denver, where Farmer had a reputation as “a good man.” A memorial service for Farmer was held at the shelter on June 27.

“People who know what’s right, do what’s right,” a shelter official told KDVR. “And he was one of those people who did it. He stepped up to help. And unfortunately, it cost him his life.”