Americans Are Less Patriotic Today Than After 9/11. There’s A Good Reason For That

It’s that time of year again, the week when advertisers take to the airwaves, to hawk Independence Day deals like... 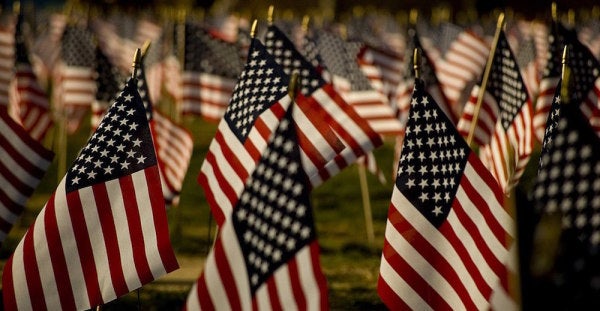 It’s that time of year again, the week when advertisers take to the airwaves, to hawk Independence Day deals like burger bargains, freedom furniture discounts, and “red, white, and shoe” sales for the Fourth of July, an all-American reflection of the country’s patriotic fervor. But on the eve of our most American holiday, a new study reveals that patriotism among Americans has declined since the aftermath of the Sept. 11, 2001 attacks that unified citizens around love of country.

According to a comprehensive American Enterprise Institute analysis of decades of data on of patriotism across America, 75% of respondents describe themselves as “extremely proud” or “very proud” to be an American, down from 87% in the days following the 9/11 attacks.

Why the drop? Washington-based think tank AEI says it’s because America is prideful, but also keenly aware of its weaknesses as a country, particularly with respect to its government and treatment of people “American patriotism is not blind patriotism,” the authors write. “Polls show that Americans find a lot to criticize in their society, and today, they are especially dissatisfied with performance.”

Citing a 2015 study, AEI reported that although Americans love their country unwaveringly, 35% said they certainly experienced instances when they were not proud to be an American, with most instances referring to wartime decisions.

The latest report, seems to suggest that Americans are actually woke AF when it comes to understanding both America’s successes and failures on the world stage. Only 25% are extremely proud of America’s history, and only 7% could say they were extremely proud of America’s treatment of groups in society — suggesting that the American people understand we have a tumultuous history and aren’t ignorant of nationwide issues surrounding socioeconomic inequality.

More importantly, this skepticism tends to apply to decision-makers in Washington rather than the troops who keep the country safe downrange. The armed forces still enjoy a high level of patriotic respect, with 77% of Americans reporting they were extremely or very proud of America’s armed forces. Moreover, 17% of Americans say that their proudest moment is related to U.S. military achievements, while 14% says theirs was the nation’s response to the attacks on 9/11.

As they prepare to launch fireworks, let flags fly, and pour one out for the founding fathers, today’s Americans prove that love of country is resolute, but it isn’t unquestioning — and that’s what makes for a true patriot.