If you ask most service members what the best branch of the military is, they’ll say their own branch, unless... 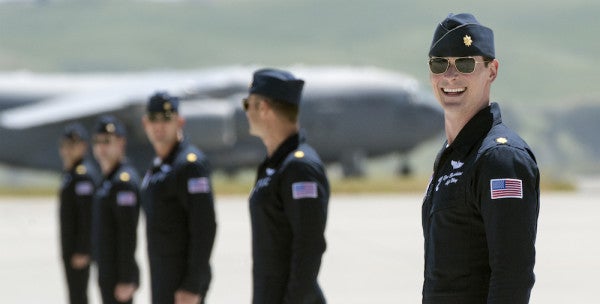 If you ask most service members what the best branch of the military is, they’ll say their own branch, unless they’re in the Coast Guard. But have you ever wondered which service the American public considers the most important in U.S. armed forces?

It’s not the Army, nor is it the Marine Corps. It’s not even the Navy. Yep, that’s right; it’s the Air Force.

According to a May 26 Gallup poll of 1,026 adults, most Americans consider the Air Force to be the most important branch among 27% of pollees, with the Army taking second place with 21%, and the Marine Corps and Navy picking up 20% each. The Coast Guard, on the other hand, was viewed as most important by only 4% of those polled.

Though the branch is commonly referred to as the “Chair Force” and its enlistees and officers derided as entitled flyboys, airmen aren’t actually sitting back and twiddling their perfectly manicured thumbs, nor are they “flying desks,” as ground combat veterans claim. Air Force pilots are going head-to-head with ISIS in a number of offensives, performing reconnaissance, surveillance, and air strikes — and with the proliferation of surface-to-air missiles and other unusual weapons in the militants’ arsenal, they face plenty of danger downrange.

Overall, every branch was viewed in a “very” or “somewhat” favorable light by 75% or more of those polled. The Air Force came out on top with an 81% favorability rating, while the Marine Corps and Navy clocked in at 78%, the Army at 77%, and Coast Guard at 76%.

According to earlier Gallup polls, Americans ranked the Air Force as the most important branch in May 2001, four months before the terrorist attacks on September 11, and again in April 2002, shortly after the U.S. military invaded Afghanistan, but favorability quickly shifted to the Army and the Marine Corps once boots hit the ground across the region.

“Those views are consistent with Americans' high ratings of the military in general,” Gallup wrote in a statement. “In Gallup's annual Confidence in Institutions poll, the military has topped the list every year since 1998, with at least 72% expressing ‘a great deal’ or ‘quite a lot’ of confidence in the military in the past eight years.”

While the average Americans thinks the federal government sucks, we can surmise from the new Gallup polling data that they might just support a military coup d’etat, especially with Defense Secretary Mattis as America’s new Supreme Leader. Just kidding… or are we?