Every service member in the United States has access to an annually updated list of texts that aims to set... 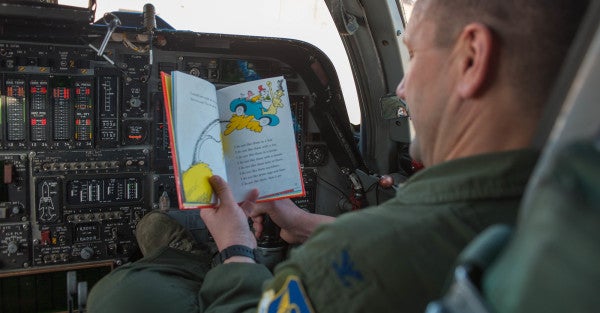 Every service member in the United States has access to an annually updated list of texts that aims to set the standard for leadership and esprit de service. The reading lists are released by each branch’s Service Chief, which typically include stories of the respective branch’s history, modern leadership methods, and anecdotes of integrity and valor. This year, however, Air Force Chief of Staff, Gen. Mark A. Welsh III, went in a new direction with the release of his 2016 reading list — which has garnered the respect and intrigue of many.

Unlike the other services’ reading lists, Welsh’s capitalizes on an underlying theme of diversity by not only employing multiple mediums to create perhaps the most unique and innovative reading list the military has ever seen, but it also advocates for — and undergirds the efficacy of — a multicultural, gender-integrated force.

Air Force Staff Sgt. Bethany Osterman of Fort Meade, Maryland, praised this year’s reading list in an interview with Task & Purpose, calling it “a positive step toward encouraging personal development — without the commonplace practice of shoving a new, underdeveloped mandate down our throats.” Osterman said she believes that Welsh’s list will help airmen to be able to “enrich their professional minds through a multitude of avenues.”

RELATED: Why Reading Never Stops Being a Part of Your Military Education »

The Air Force’s 2016 reading list encompasses a wealth of topics in various mediums: from books, film, and photo galleries to TED talks, web publications, and journals. The suggestions are beneficially challenging yet refreshingly palatable, and serve to cultivate a well-roundedness in airmen that will undoubtedly serve them within the ranks of the Air Force and outside of them as civilians.

This year’s multimedia reading list is still comprised of traditional leadership methods and chronicles of historical warriors within its prescription, but it also incorporates new themes — such as lifestyle improvement and confronting biases — and includes a wide array of professional images that showcases the diverse mosaic of airmen who are the heartbeat of the modern Air Force. Some of the more innovative selections include Facebook Chief Operating Officer Sheryl Sandberg’s “Why We Have Too Few Women Leaders” TED talk, Dan Buettner’s “The Blue Zones Solution” diet and lifestyle guide, and Tech Sgt. Manuel Martinez’ photo displays of extraordinary multiculturalism within the Air Force.

Whereas other branches’ reading lists are either painfully dense, narrowly focused, or simply not updated, the Air Force’s reading list boasts a decidedly relevant career booster. In an era of intense stratification, mandatory lessons, and performance report wars, Welsh has given airmen the tools to stand out in that nebulous realm of self-improvement. The reading list perhaps even gives airmen a much-needed edge in the race toward the now elusive firewall-5 (the Air Force’s version of an A+ on their performance reports), mitigates the rigidity that other branches’ reading lists display, and all the while shapes an outstanding airman.

The 2016 list provides troops an extra opportunity to display “excellence”— and unlike the Marine Corps reading list, it is not mandatory. The airmen give impetus to their own self-improvement through willpower, and this kind of willpower is perhaps the golden ticket to reinvigorating the Air Force’s air power.

RELATED: The 10 Books That Should Be on Your Reading List »

By comparison, other branches continue the tradition of prescribing mostly antiquated literature into their reading lists. This year, the Marine Corps finally removed “A Message to Garcia,” a 120-year-old essay about blindly following orders — which has little to do with how the modern military functions. The Army’s list hasn’t been updated since 2014, and both the Navy and Coast Guard’s lists amount to a fundamentally limited lineup.

It’s fitting that the modern, technologically advanced Air Force has been given a modern, multimedia reading list. Insofar as the Air Force’s current air of competitiveness is strong enough to lean against, airmen need to be ever-nimble, ever-advancing, and ever-striving to improve themselves. This reading list, as trite as it may sound, points troops in the right direction. It ultimately endeavors to cultivate a rich, diverse environment of solid troops.

In his message to airmen, Welsh writes, “This year’s list is curated to increase our understanding of past heroes as well as our current challenges while keeping an eye towards a future you make brighter by your service. Use the reading suggestions to improve yourselves, your unit, and our Air Force.” This message underscores the Air Force’s hopes for an increasingly well-informed, healthy force — one that is not moved through coercion, but by the motivation to succeed and be the best versions of themselves.